Hyderabadi Haleem: From Arabs to the city of Nizams

An ode to the regal opulence of the city, Hyderabadi Haleem is the first non-vegetarian dish in India to be granted the prestigious GI tag. Interestingly, though today it has become an integral part of the cultural fabric of Hyderabad, this dish originally came to India with the Arabs, who introduced it to the Nizams. 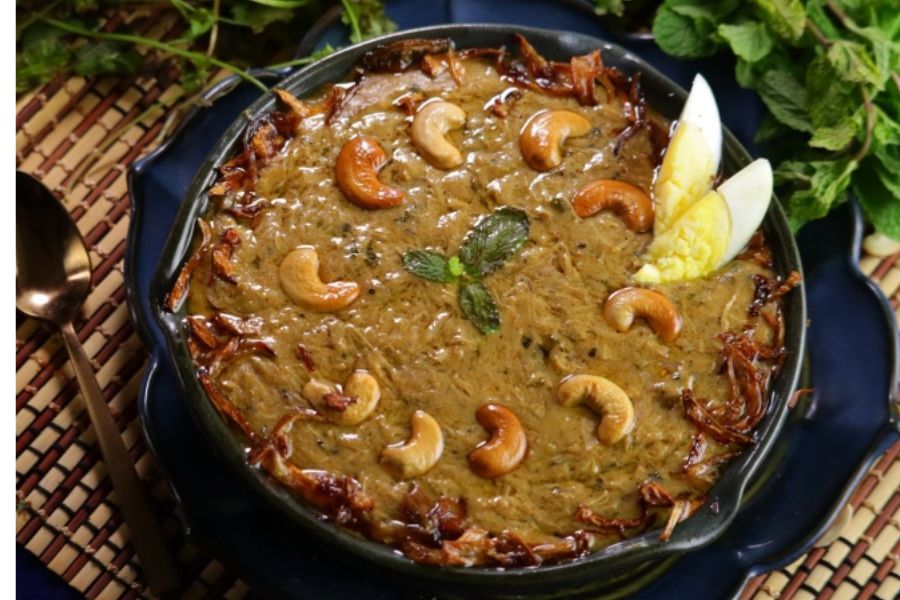 From its high quality pearls to housing Nizams to its delectable gastronomical treats, the city of Hyderabad has something to offer to everyone. One such hard to miss gem that this city has in store for its visitors is Hyderabadi Haleem.

An ode to Hyderabad’s regal opulence, Haleem is ubiquitous around the city during the pious month of Ramzan. This dish was accorded the prestigious Geographical Indication (GI) tag back in 2010. It is quite fascinating to note that Haleem is the first non-vegetarian dish in India to be granted this tag. This status was again renewed in 2022. Its unparalleled taste and aroma is acquired by using firewood to heat the copper vessels used to make the Haleem & the use of bhattis & wooden utensils. This cooking technique, along with the use of local spices and ingredients that uplift this blend of meat, lentils and pounded wheat, impart it with a distinct flavour.

But while this Hyderabadi non vegetarian dish is ruling many hearts today, it was a showstopper right since its inception. Interestingly, though today it has become an integral part of the cultural fabric of Hyderabad, this dish originally came to India with the Arabs, who introduced it to the Nizams. High in calories and very nutritious this meat stew is often cooked over a period of 7-12 hours. It was a cantonment meals to feed army battalions due to its high protein content.

According to Mehboob Alam Khan, food historian of Hyderabad, “Across the Middle East it is known as harees, In India the dish is called haleem and an offshoot of the same basic recipe is also called the khichda. All of them follow the basic important principal of having wheat and meat in 1:2 ratio.” The dish finds its first mention in Ain-i-Akbari. Back then, it was called Harees.

It was in the 1930s, that Sultan Said Nawaz Jung, a descendant of the Al Quaiti dynasty who was positioned as a principal noble in the court of Nizams of Hyderabad gave this dish a cult following and won many hearts by serving Harissa to his guests. The dish was then added to the royal menu as Haleem.  Seasoned with deep fried onions, cashew and a slice of lemon, over the years, the dish has evolved and now there is even a sweet variant of haleem. Today, the dish is shipped internationally to places in West Asia (where haleem came from), North America, Europe and Australia.

Haleem is one of the deliciously healthy food, I love it since my childhood in old Delhi.. haleem with Ginger garnish..

Where do you get it in old delhi

It’s a super delicious dish of Hyderabad. It’s nutritious too. It should be available all the year round so that locals & visitors, both can partake of this mouth watering dish. Haleem zindabad!😋😋😋

It is Available round the Year in particular places. But, only few places it tastes good.

Haleem it has the own tastes of its distinguished aroma, it has became epitome of the city’s best cuisine. Today haleem had made remarkable signature at every prominent celebration, its has long history and journey from middle east to deccan .

Enquiry for Hyderabadi Haleem: From Arabs to the city of Nizams