Have India’s apparel exports bottomed out?

• India’s apparel exports have experienced a significant rebound since October 2018, even as overall exports for the fiscal year show a decline.
• An analysis of data from October 2018 to March 2019 shows a strong contribution from non-traditional markets to the growth.
• Sector-specific policies introduced by the government have also played a role, leading to an improvement in India’s competitiveness.
• With Bangladesh getting more expensive and Vietnam already testing the limits of its capacity, it could be a good time for Indian exporters to capitalize. 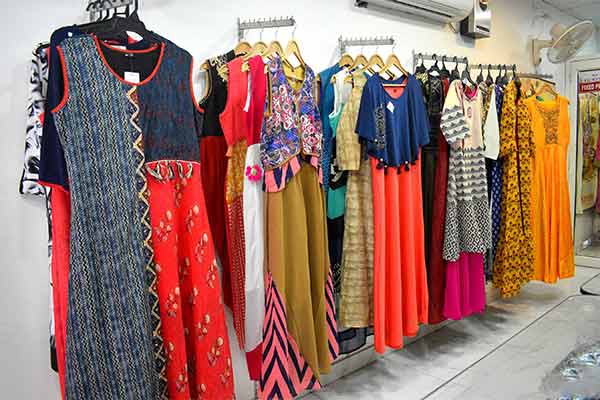 The Indian apparel industry has been through a tough phase with four successive years of weak growth/de-growth in exports. Over the past two years, India lost its cost advantage due to demonetisation and GST and this has been visible in the numbers. In 2018-19, exports of readymade garments (RMG) were recorded at US$ 16.14 billion, a decline by 3.43% YoY.

Even after the exit of China from the lower end of the apparel market, tough competition from countries like  Indonesia, Vietnam and Bangladesh has remained a challenge for Indian exporters due to low quality of infrastructure and tariff preferences obtained by other countries that make Indian goods relatively uncompetitive.

Last year, an ICRA report affirmed de-growth of 4% in 2017-18; and low growth rates of 1% and 3% in FY 2015-16 and FY 2016-17 respectively. In September 2018, India’s garment exports slumped by 26% YoY to reach Rs 7,968 crore, in particular due to high input costs. The sharp fall was witnessed a month after the Centre’s move to protect the domestic industry by raising import duties on over 300 textile items in August. This was the biggest fall in the last fiscal.

But surprisingly, RMG exports have witnessed a strong rebound during October-March, 2018-19, even though the data for the entire fiscal shows a slight fall.

Apparel exports (Chapter 61 and 62) experienced a sharp YoY swing of 36.36% during October 2018, and have been experiencing single-digit growth rates ever since before growing by 15% YoY in March 2019. The trend has continued in the current fiscal, with exports growing by around 14% YoY in May 2019.

Table 2: Growth in Export values in Apparels in percent

One trend that can be noticed is the shift in market-wise exports. Growth in October 2018 has been particularly high in relatively non-traditional markets like Italy, Netherlands, Nigeria, Tanzania and China, apart from the traditional markets of US and EU. In contrast, India has managed almost negligible share in exports to markets like Tanzania, Nigeria and China since 2001.

In addition, the Indian government has introduced certain policies to revive export growth in the apparel sector, which appear to have made an impact. These measures include the following:

• In March 2019, the central government approved a rebate on State and Central embedded taxes for apparels and made-ups exports.
• Interest Equalization Scheme (IES) provides interest subsidy at 5% per annum on pre and post shipment export credit.
• IGST has been exempted on import under Advance Authorisation and Export Promotion Capital Goods Scheme (EPCG) for apparel products.
• The Directorate General of Foreign Trade (DGFT) has revised rates for incentives under the Merchandise Exports from India Scheme (MEIS) for readymade garments and made ups – from 2% to 4%.
• The Government of India has increased the basic custom duty to 20% from 10% on over 500 textile products, to boost indigenous production and the Make in India program.

Rahul Mehta, President of Mumbai-based Clothing Manufacturers Association of India feels that the sector is finally turning the corner after stagnancy or slight de-growth in apparel exports, and government support has increased. There are also positive signs on the international front as Mr Mehta adds, “Bangladesh is becoming expensive, Vietnam is showing signs of reaching the peak of its capacity and China is diverting away from textiles. Hence there is great opportunity for the textile sector.”

Industry experts affirm that despite Indian products being more expensive by 10-15%, buyers are still interested in sourcing from India. Hence, they expect that exports in readymade garments will grow by 8-10%. However, to ensure sustained and accelerated growth momentum, focused measures are necessary including technology upgradation, increased share of man-made fibres, assistance for MSMEs to scale up operations and connect with global value chains and facilitating access in potential markets.

Enquiry for Have India’s apparel exports bottomed out?