The H-1B visa ban is expected to increase hiring costs and make hiring quality talent tougher, thereby impacting both Indian and US companies. Moreover, research confirms the positive impact of H-1B visas on the US economy.

US President Donald Trump has been a staunch advocate of the ‘America first’ rhetoric right from his election campaign. COVID-19 has made the clamor around this school of thought grow louder and stronger. The Trump administration recently decided to temporarily suspend new work visas at least until the end of the year, thereby barring thousands of foreigners from seeking employment in the US. This has a disproportionate impact on India, as it accounts for the largest share of H-1B visas issued across countries. Tightening of restrictions on H-1B visas over the years has compelled Indian IT firms to expand onsite hiring, which has a negative impact on their bottomlines. 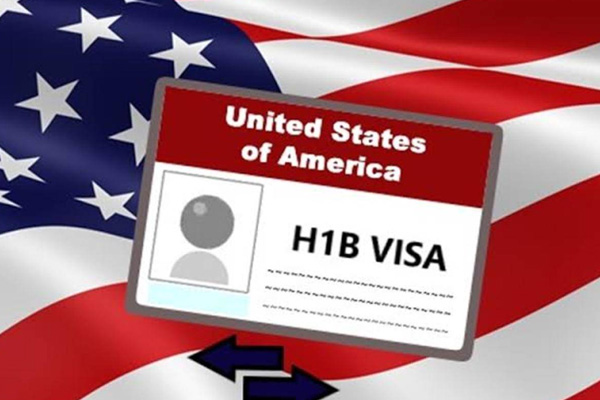 The curb came into effect from June 24, 2020 in a bid to arrest the growing unemployment in US, one of the worst affected countries – both in terms of the number of COVID-19 casualties and the economic damage caused by the pandemic. The depressed demand for labor was another reason cited by the American administration to justify this unilateral move. However, a protectionist legislation like this one may only do more harm for the US economy. Research indicates that an increase in H-1B visas could create an estimated 1.3 million new jobs and add around US$ 158 billion to US GDP by 2045.

Team IBT presents an overview on the current scenario of unemployment in the US and the impact of increased onsite hiring on Indian IT in this section.

The graph below is based on data compiled by US Citizenship and Immigration Services. Of the total 85,000 new visas issued each year, about two-thirds are bagged by Indians. As of 2018, a total of 2,43,994 Indian professionals had been granted H-1B visas, and the number had increased to 278,491 petitions in FY’19. In percentage terms, this amounts to 73.4% & 71% respectively.

Source: US Citizenship and Immigration Services, places of birth are ranked based on FY 2019 data 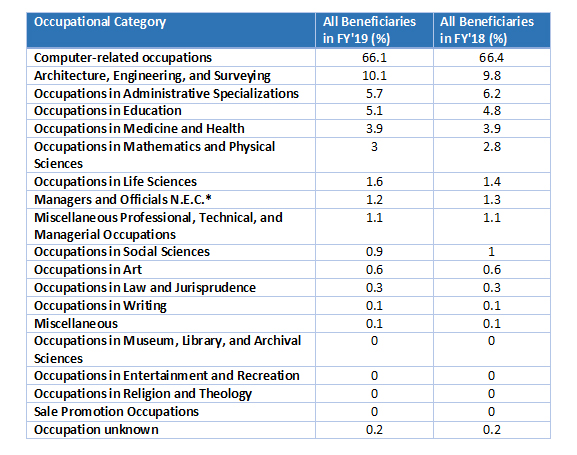 This table reveals that approximately 66% of H-1B beneficiaries were in computer-related occupations during FY’18 and FY’19. This move will end up hurting a lot of American companies like Google and Microsoft as well as Indian companies based in US like TCS, Infosys & Tech Mahindra owing to the serious deficiency of skilled manpower in the country. Programmes like H-1B and L-1 enable US businesses to bridge the STEM skills scarcity in the country and offer access to skilled tech workforce not available locally, thereby ensuring that they can deliver on projects that keep them on the leading-edge of global competitiveness.

Unemployment rate in US across sectors in May 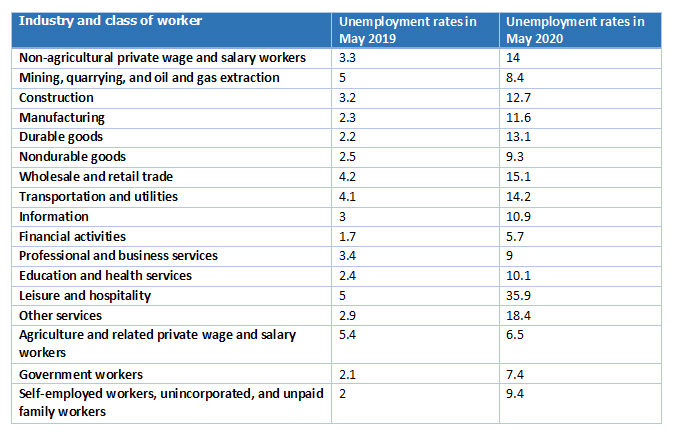 Source: US Labour Bureau, figures in %

The table above gives a sector-wise year-on-year comparison of unemployment in US in May 2019 and 2020. Findings from US Labour Bureau suggest that US unemployment rate likely shot up to almost 20% during the month of May. While layoffs remained very high, they eased considerably in the second half of May as businesses reopened and economic activity picked up. Leisure and hospitality was among the most severe casualties of this; rising from 5% in May’19 to 35.9% in May’20. Some of the other sectors, which saw a significant rise in employment included wholesale and retail trade, transportation, consumer durables and other services.

An analysis of the patterns of onsite hiring by leading Indian IT firms shows that Wipro leads with a share of 69.5% followed by HCL Technologies (67.7%), Infosys (62.9%) and Tech Mahindra (45%).  It is important to look at these hiring patterns because the move will also significantly impact the costs incurred by Indian IT companies based in the US. These companies widely use H-1B visas to transfer highly skilled workers from India to the US.

In a bid to avoid the fallout of such suspensions and keep the business up and smoothly running, many Indian multinational companies may have to further increase hiring locally in the US. They have been doing it in the past as well, in due consideration of rising US protectionism.

These two graphs try to chart the impact of local hiring on the profits of companies based in US, since hiring Americans will significantly impact the profits as well as cost competitiveness of these firms. According to a CRISIL 2019 report, employee expenses account for nearly 60-65% of total operating costs. The report also suggests that employee expenses and cost per employee for Tier 1 players rose faster at ~17% and ~9% year-on-year in fiscal 2019, respectively, compared with ~6% and ~3% a year before. “Operating margin is forecast to decline 30-80 bps for the sector in fiscal 2020 as local hires increase for onsite jobs, who cost 25-30% more than their H-1B counter parts,” the agency predicted.