Dr Narendra Pratap Singh, Director at Indian Institute of Pulses Research, opines that factors like increase in procurement of pulses, creation of buffer stocks, increase import duties, revoking restrictions on exports, organizing clusters have stabilized production and the prices of pulses. He also stresses on possible interventions that can boost India’s pulses exports. 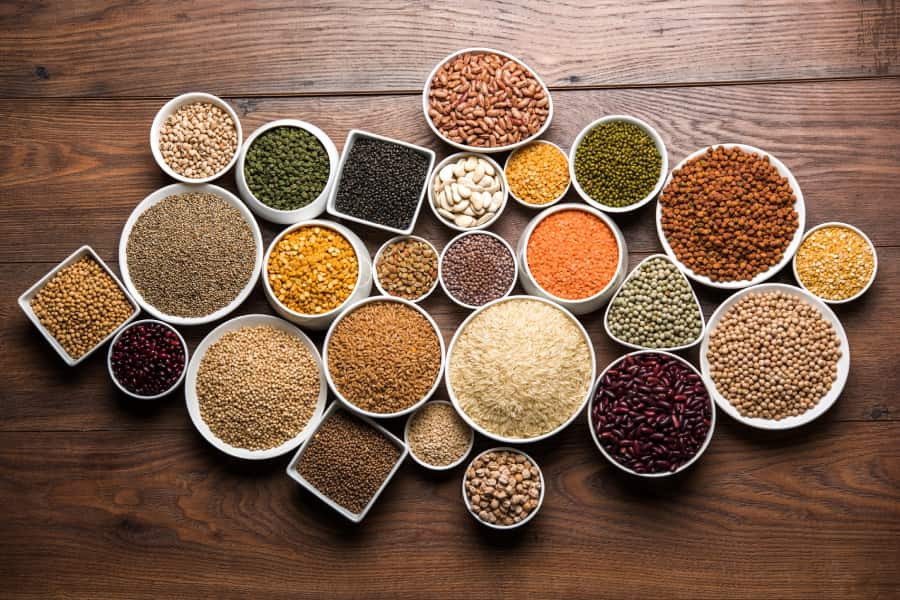 IBT: How has India’s export of pulses performed in the past few years? What are the new opportunities in the global market for the exporters of pulses?

Dr N. P. Singh: India, today, is a major exporter of various food and agricultural products. Among these, we have seen exponential growth in the pulses exports from India in the past few years. The export of pulses from India was around 2.30 lakh tonnes amounting to Rs 1,511.79 crores in the year 2019-20.

The major exported crop is chickpeas, constituting the single largest share in India’s export basket of pulses. They accounted for 70.92% and 80.02% share in the total pulses exports during 2017-18 and 2018-19 respectively.

IBT: The unit price of exported pulses is relatively high for Indian exporters. What are the factors that drive the prices?

IBT: What are the key challenges faced by the Indian exporters of pulses?

Dr N. P. Singh: Some of the major challenges faced by the exporters are as follows:

Dr N. P. Singh: India is the largest producer of pulses in the world, with nearly 26% share in global pulse production. The increase in pulse production in recent years has been attributed to area increase by 51% and productivity enhancement by 49%. The area under pulses has increased from 23.28 million ha in 2009-10 to around 29.0 million ha in 2019-20. With record production of pulses to the tune of 25.41 million tonnes during 2017-18, the country has reached very close to self-sufficiency in the sector. India has witnessed an impressive growth in pulses production during the last decade (4.7%) and has led to increasing per capita availability of pulses (55.9 g/capita/day from the earlier 35.4 g/capita/day in 2010). Apart from being the largest producer, India is the largest consumer, importer and processor of pulses in the world.

The key components of self-sufficiency included the phenomenon achievements realized through commercialization of technologies, including the popularization of ICAR-SAU developed improved pulses varieties, matching pulses production and protection know-hows and scaling seed production.

The dissemination of region-specific, cost-effective and system based technological know-hows and a package of practices for pulses has led to increasing seed replacement rate (SRR) of pulses from <10% in 2004-05 to around 30%. Improved varieties of pulses (<10 years) have replaced the old varieties (VRR) in the seed chain under Breeder Seed Production to the extent of more than 70% during the last two years (2017-19). About 2,98,006 quintals of quality seed and 12,931 quintals of additional breeder seeds of pulses were produced during the last three years. At the same time, the MSP has been increased by 30 to 55% in the last five years.

Major policy decisions like procurement of pulses through FCI, NAFED and SFAC, creation of 20 lakh tonnes buffer stocks in pulses, increasing import duties by 30-60% on chickpea, pea, lentil and pigeonpea, revoking restrictions on exports, organizing more than 80,000 cluster demonstrations each year through KVK’s, etc have stabilised production and price of pulses, leading to a decline in imports of pulses to the tune of nearly two million tonnes during 2018-19 as compared to the previous year.

In order to give the much-needed stimulus to pulse production, the government has included pulses in the National Food Security Mission (along with wheat and rice). Over the past five years, the MSP has increased by 30 to 55%. Realizing the yield gaps due to inadequate seed replacement rate and poor dissemination of pulses varieties and agro-technologies, several programmes were launched during the past period to boost pulses production in the country.

Region-specific, cost-effective and system-based technological know-how and packages of pulses were disseminated among the farmers through farmers’ participatory research and extension, on-farm demonstrations, front line demonstrations, and skill-based training to bridge the gap between potential and realized yield in pulses. Earlier, buffer stocks were maintained majorly in the case of rice and wheat. Now the government has approved the creation of buffer stocks in pulses to the tune of 20 lakh tonnes for stabilizing the prices and to encourage farmers for the cultivation of pulses.

Procurement is undertaken by the Food Corporation of India, National Agriculture Cooperative Marketing Federation of India (NAFED) and Small Farmers Agriculture-Business Consortium (SFAC) and other agencies. Because of record production in pulses consecutively for two years back-to-back, the Government of India has imposed additional import duties on field pea (50%), chickpea (30% in 2017 and increased to 60% in subsequent years), lentil (30%) and pigeon pea (10%). Additionally, quantitative restrictions have also been imposed on import of mungbean and uradbean (3 lakh MT during 2017 and 1.5 lakh MT during subsequent years) and pigeon pea (2 lakh MT per year).

The restrictions on exports have also been removed, and farmers are now free to export pulses to other countries. Now, the government is planning to bring pulses under the Public Distribution System (PDS) and to export surplus to South Asian countries. These policy decisions have been taken after looking into present production and price levels in the country.

Higher production of pulses would have the following impact:

IBT: In what way can the Government assist in promoting exports of pulses?

Dr N. P. Singh: The following initiatives can be taken by the government in this regard: Dr Narendra Pratap Singh is the Director of the Indian Institute of Pulses Research (IIPR). IIPR is established as a national institute by the Indian Council of Agricultural Research (ICAR) for basic, strategic and applied research on major pulse crops.

Dr Singh has more than 32 years of experience in agricultural research and management with laudable contributions including strengthening and coordination of Agricultural Research, Education and Extension Activities. He is a member of the ICAR Governing Body since 2019 and also served as Visitor Nominee of Dr Rajendra Prasad Central Agricultural University, Pusa, Bihar (2018-20) and Chancellor/Governor Nominee of Banda Agriculture University, Banda, UP (2017-18). He acquired advanced training in the early days of his career in the area of molecular biology and genetic transformation from some of the leading biotechnology laboratories like BARC, Mumbai, NCL, Pune, NRCPB, New Delhi, ICRISAT, Patencheru (India) and ICARDA, Aleppo, Syria.