COVID-19, the virus that triggered a localized shock in China is now delivering a significant global shock and has indelibly hurt international trade. As the virus spread internationally, many countries adopted social isolation policies, such as limiting work and restricting the mobility of people. The closing of borders also brought about a significant decline in global merchandise trade. 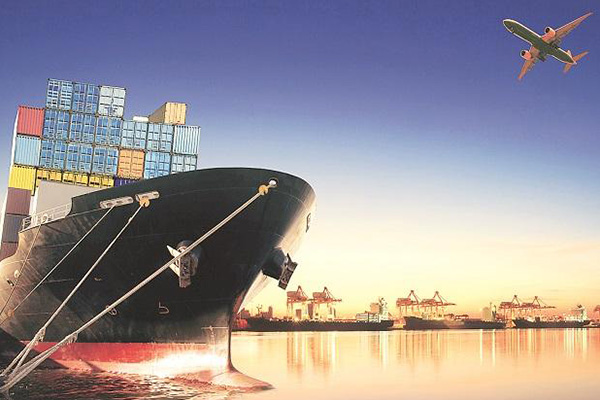 New UNCTAD data published on June 11 shows that merchandise trade dropped by 5% in the first quarter of the year and point to a 27% drop for the second quarter. Anticipating a 20% annual decline for 2020, the trade body expects international trade in goods to continue its nosedive in the coming months as economies struggle to recover from lockdown measures used to slow the COVID-19 outbreak.

The UNCTAD report makes it quite lucid that economic disruptions wrought by COVID-19 have affected some sectors significantly more than others. “In general, the variance across sectors,” the report states that, “has been driven by decreases in demand and disruptions of supply capacity and global value chains due to COVID-19.”

UNCTAD data shows that even though there’s hardly any region that hasn’t been affected by the economic carnage caused by COVID-19 pandemic, the effect is particularly more pronounced for developing countries. These have registered a rapid deterioration in their merchandise trade.

“For developing countries, while declines in exports are likely driven by reduced demand in destination markets, declines in imports may indicate not only reduced demand but also exchange rate movements, concerns regarding debt and a shortage of foreign currency,” the report notes.

While South-South trade in goods saw a drop of just 2% in the first quarter of the year, UNCTAD data shows a steep 14% fall in April. Further, preliminary data for April suggests that the sharpest downturn will be for South Asia and the Middle East, which could register trade declines of up to 40%. However, with trade drops remaining in the single digits both in the first quarter of 2020 as well as in April, the East Asia and the Pacific regions appear to have fared better than the other regions.

In its report titled ‘How COVID-19 is changing the world: a statistical perspective’, UNCTAD observes that global manufacturing growth was already decelerating in 2019 due to trade tensions among leading economies.

This trend is expected to further decline due to economic disruptions elicited by COVID-19. For the first two months of 2020, China showed a sharp lessening of output. This can be attributed to the celebrations of the Chinese New Year at the end of January 2020 as well as the beginning of the lockdown of Wuhan, the hub of industrial production, and other regions to contain the virus at the same time. It is hard to estimate the exact impact of COVID-19 on industrial production in North America, Europe and East Asia, as most of the countries started economic restrictions in March. That being said, however, these countries started the year 2020 with a further decrease of manufacturing production, which will be reinforced largely by COVID-19 measures made by the countries so far.

The World Trade Organisation presents two distinct scenarios regarding regional merchandise export & import volumes for the years 2020 & 2021. The first one is a relatively optimistic scenario characterised by a sharp drop in trade followed by a recovery starting in the second half of 2020. In the second scenario, the trade body assumes a pessimistic scenario with a steeper initial decline and a more prolonged and incomplete recovery.

In an optimistic scenario, the recovery will be strong enough to bring trade close to its pre-pandemic trend, while the pessimistic scenario only envisages a partial recovery in 2021. It is interesting to note that one could see a sharp decline in 2020 trade volumes along the lines of the pessimistic scenario, but an equally impressive rebound, bringing trade much closer to the line of the optimistic scenario by 2021 or 2022. On the other hand, if the outbreak is prolonged and/or recurring uncertainty becomes pervasive, a strong rebound seems like a distant dream as households and business are likely to spend more cautiously.