The global economy is showing signs of a revival, yet threats remain. The situation demands greater collaboration between governments, as well as a tightrope balance between curbing public debt and enhancing investments in growth-oriented sectors. 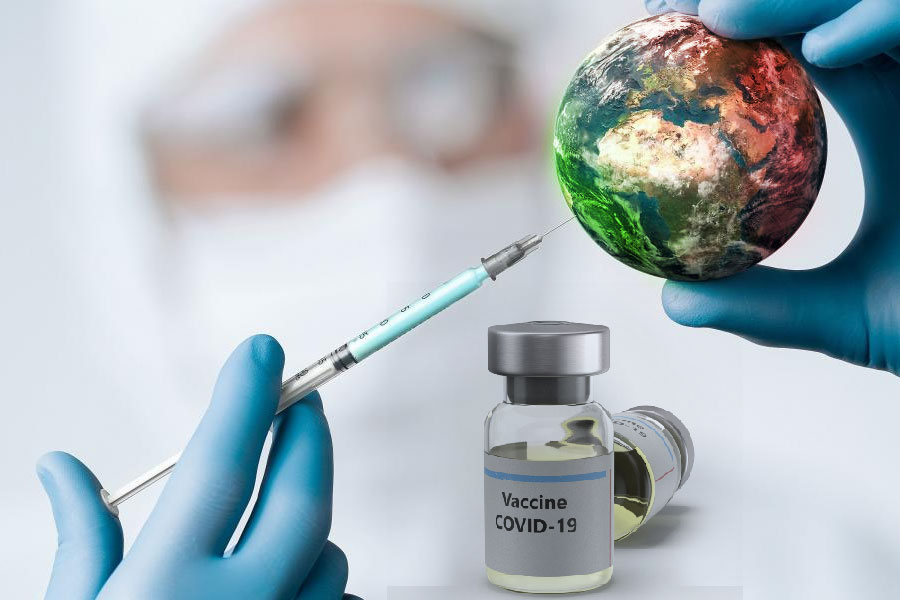 The situation was not too different in the case of Great Depression (1929-1939). Declines in consumer demand, financial panics, and misguided government policies were peculiar to this period, though its severity differed across regions. According to economic historians, the crisis reached its pinnacle in 1933, after which it gradually started declining. Thus, these crises carried on for protracted periods, and left a lasting impact on the world economy.

The World Bank Group, in its January 2021 Global Economic Prospects report, has conveyed expectations that the global economy could expand by 4% in 2021. This is on account of a widespread COVID-19 vaccine rollout throughout the year. World Bank Group President, David Malpass, said:

“While the global economy appears to have entered a subdued recovery, policymakers face formidable challenges—in public health, debt management, budget policies, central banking and structural reforms— as they try to ensure that this still fragile global recovery gains traction and sets a foundation for robust growth.”

The organisation cautions that recovery is subject to taming the pandemic and implementing investment-enhancing reforms. It expects aggregate GDP in emerging market and developing economies to grow 5% in 2021, after it contracted 2.6% in 2020. It sees China, which is supposedly slated to grow 7.9% in 2021, as a bright spot in this dim global scenario. 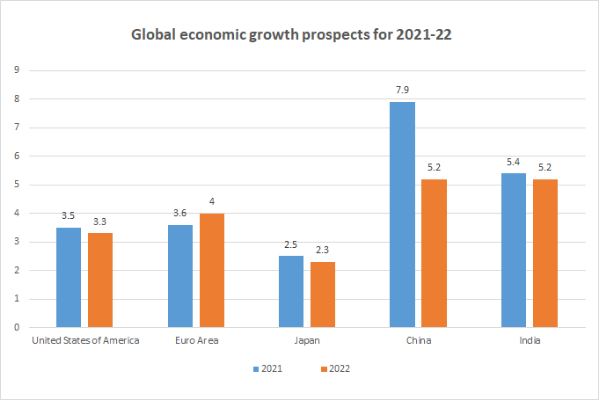 The hopes of a speedier recovery could, however, have to be viewed in context of possible speed breakers along the way. One factor that could play a spoilsport in this rosy picture is the emergence of a new COVID-19 strain or a second wave. Consequently, arrangements like the work-from-home might persist, thereby impacting international tourism, travel and their 0dependent sectors. Dr James J. Nedumpara, Professor and Head of the Centre for International Trade and Investment Law, IIFT, warns that consumption is unlikely to be that of the pre-COVID-19 levels until the end of 2021 or even 2022. Depressed sentiments could challenge the economic growth prospects of advanced markets like Europe and the US, thereby pulling down global growth in general.

Other factors that can meddle with the global growth prospects are disruptions to trade as a result of protectionist sentiments, piling up of public debt, stressed banking and corporate sector balance sheets which can drag down investments, and policy uncertainty. Moreover, disruptions in the education system in many parts of the world during the pandemic could also weigh on long-term growth aspects, given the close links between human capital formation and growth.

IMF notes the mounting public debt as governments rolled out stimulus packages to cushion their battered economies. It expects the collective debt of the G-7 to increase by around US$ 4 trillion in 2021; while for the Emerging 7 (E7) economies, public debt is expected to increase by around US$ 2 trillion. This has trickled down to the banking sectors of these economies most of which are reeling under financial distress. And the moratoriums announced by governments raise concerns that we still lack insights into the actual depth of financial calamity that COVID-19 has caused.

Protectionist trade sentiments could further cost the global economy up to US$ 10 trillion in GDP by 2025, unless governments reduce tariff and non-tariff barriers that currently obstruct global merchandise trade.

The World Bank speaks about balancing the risks from large and growing debt loads with those from slowing the economy through premature fiscal tightening. It also advocates a shift to productivity-enhancing structural reforms promoting education, effective public investment, sectoral reallocation, and improved governance.

Further, efforts must be made to strengthen international institutions like the World Trade Organisation and to rethink the rules of trade. Investments in skilling and infrastructure would be equally crucial to create the growth engines that economies urgently need to make up for lost momentum over the past year. The Indian government has, for instance, announced a major infrastructure push in the Union Budget for 2021-22, along with the proposed setting up of a development financial institution. Such targeted support in growth-oriented and employment generating sectors will be crucial for sustained revival going forward.