Under Joe Biden, US & India have to be more accommodative on specific transactional issues hampering their limited trade deal. It is important for the world’s oldest and largest democracies to factor in the broader geostrategic contours of their economic partnership in the post-COVID world, for which the Quad could be a vital starting point. 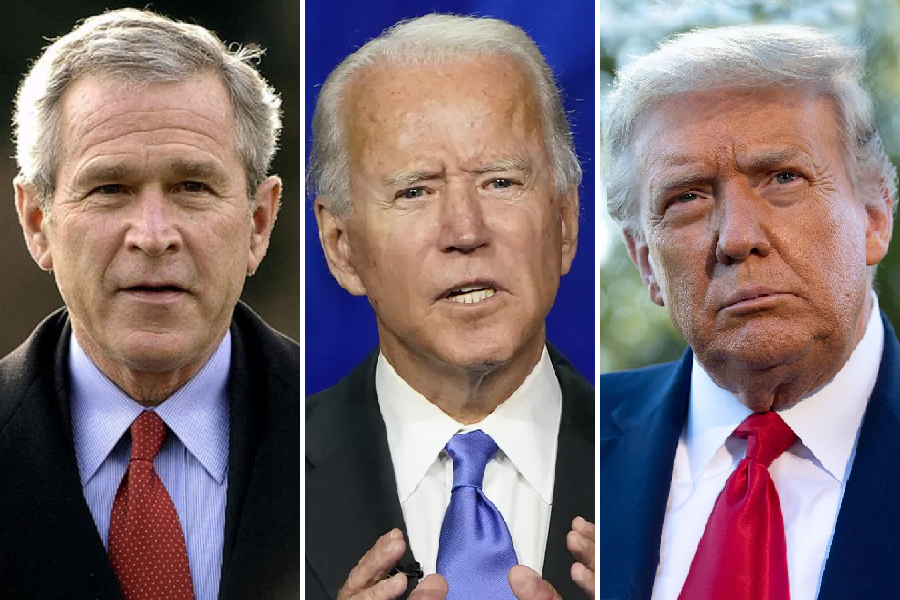 “I do not doubt that the vast majority of us would prefer to work in a less stressful, less competitive environment.

Yet, in our roles as consumers, we seem to relentlessly seek the low product prices and high quality that are prominent features of our current frenetic economic structure.”

When we evaluate the relative merits or demerits of free markets vs protectionism, this excerpt from a speech by former Fed Reserve Chairman Alan Greenspan in 2004 forms the essential basis of the argument. Even in those days, one vividly remembers the rampant censure of free market policies in the US taking away factory and back office jobs, to China and India respectively. Critics labelled corporate leaders who did so as villains seeking profits at the expense of Americans.

But be it an automotive manufacturer, apparel retailer or bank, staying competitive is the holy grail of business. If you do not get your inputs at lower costs, your competition will, and ultimately drive you out of business. Policymakers have to manage a judicious compromise between the short-term expectations of their home-grown businesses and the long-term objectives of keeping their economies globally competitive.

As the US and the world discuss what awaits them when the new president elect Joe Biden checks into the White House, it’s worth contemplating – what did his predecessor actually manage to achieve on global trade? Donald Trump’s presidency will be remembered for the manner in which the US went down the protectionism highway, almost with a vengeance.

A self-confessed ‘tariff man’, Trump firmly believed that the US was a victim of faulty trade agreements signed by his predecessors. It was time to right these wrongs as well as the trade deficit. From a push towards globalisation, it was time to revert to America first.

Therefore, people around the globe will remember the Trump regime, perhaps most vividly, for the trade war he launched against China that raised taxes on US$ 500 billion in foreign trade. Even post a mini deal signed by the two countries earlier this year, most of the tariffs remained in place. But of course, US went much beyond that. It imposed tariffs over steel, aluminium and Airbus subsidies on EU, while promising additional tariffs on 30 products worth US$ 3.1 billion in trade every year. He also threatened Brazil and Argentina of trade tariffs and replaced NAFTA with the USMCA (US-Mexico-Canada Agreement). Even worse, the US blocked appointments to the WTO Appellate Body, rendering the body effectively dysfunctional.

India and US found themselves at loggerheads as well on a number of issues, whether multilaterally or bilaterally; even as the US trade deficit with India remained more or less stable during the Trump years. Trump was only duplicating his approach to other trading relationships when he removed GSP benefits for India in 2019. He was incessantly vocal on high tariffs imposed by India on American whisky and Harley Davidson motorcycles. But far more damaging was his decision to suspend H-1B visas across many categories, including those for intra company transfers and study-abroad programs. Besides impacting skilled workers, the move was greatly discomfiting for Indian IT companies, as hiring locally compromises their operating model. Trump took this decision despite research showing that the visas were actually beneficial to the employment scenario in the US.

In an overall context, Trump has opened up too many battle lines, which will be hard for Joe Biden to resolve in a hurry. US actions also served to damage the multilateral system effectively to a point of no return. Dr. Amita Batra, Professor at Centre for South Asian Studies, JNU, affirmed this in an interview last year, when she pointed out:

“There’s a shift from, let’s say, from multilateralism to unilateralism & bilateralism because the United States has started looking at everything in a bilateral context. They are not using the WTO; they are flouting the WTO’s norms. Since multilateralism has weakened, one would say the rules and global framework that govern trade through the WTO body have weakened.”

From ‘BRIC’ work to Quad solution?

Under Joe Biden, one doesn’t expect much difference in the broad strategic contours of the India-US trade relationship. These contours have been in place since the turn of this century, and the two countries have successfully explored synergies in many areas apart from the Civil Nuclear Agreement in 2008.

However, geostrategic realities have changed significantly since 2000. The beginning of the century saw the world recognise the potential of the BRIC economies in the years of George Bush. As we prepare to exit 2020 (with the optimism that ‘things could only get better’), the Quadrilateral Security Dialogue (Quad) between India, US, Japan and Australia seems to be an apt reflection of the power equations in the world today that Joe Biden would like to take into consideration.

The Quad itself has an interesting background. It started as an inter-governmental security forum in 2007 followed by a mega joint military exercise by the name of Operation Myanmar. After diplomatic protests by China (who labels it as the Asian version of the NATO), Australia withdrew from the pact. But all four nations decided to reignite the partnership in 2017 in response to Chinese actions on the South China Sea.

The idea that India should complete its mini trade deal with the US and further expand it to a larger trade agreement between the Quad nations has already started gaining ground in the post-COVID scenario. The four countries have a combined population of over 1.8 billion people, US$ 30 trillion in combined GDP and trade of over US$ 440 billion in 2018 among themselves. Unlike the RCEP where India has been seen to lose significantly, trade simulations of Quad are positive.

A research by Mohammad M. Rahman, Chanwahn Kim and Prabir De estimates that if all Quad nations would scrap bilateral tariffs, India’s real GDP would rise by 0.2% (US$ 2.7 billion a year) and exports would rise by 2.7% or US$ 5.7 billion. If they also reduce trade costs by 25%, real GDP could increase by 2% or US$ 23.5 billion a year. Amidst the numerous differences on business ties, what is also unmissable is the potentiality of doubling US-India trade to US$ 280 billion by 2024.

Under Joe Biden, it is expected that the approach to US-India trade negotiations will be more accommodative and appreciative of the larger picture, rather than purely transactional on very specific issues. Trade liberalisation has winners and losers, but eventually, it has proved beneficial in the global context. Clearly the two countries have much to gain in the long term by strengthening their business ties as they navigate their respective economies through the post-COVID disruptions in trade.