Prof Basanta Sahu, Indian Institute of Foreign Trade, is of the view that many exporters are not too concerned about current trade incentives. Instead, India’s focus should be more on choosing the right markets access, enhancing knowledge about current FTAs, participation in global production networks and improving trade facilitation & infrastructure. 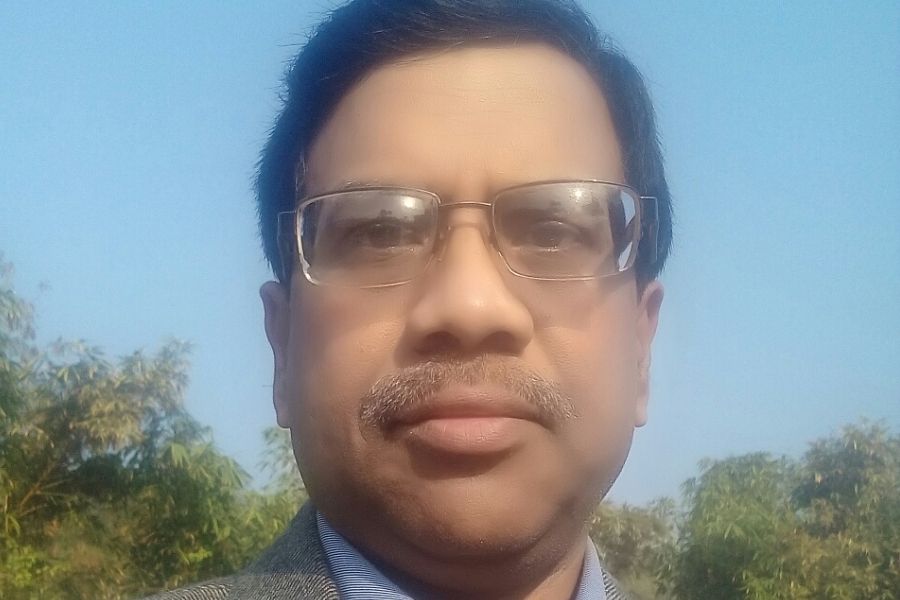 Exports augmentation is a key factor for high and sustained economic growth and development, and more important for economies like India with a large and diverse domestic market. Discussions on this topic usually tend to focus on GDP growth in general, but it is not easy for an economy to achieve high growth and prosper without a sustained export growth. High economic growth and employment always depend indirectly on export growth. Export induced growth experiences of East Asian countries and others in the recent past can be refereed. However, issues relating to India’s exports are multiple and more complex and go beyond market access, production conditions, trade infrastructure, competitive value chain, trade facilitation measures etc.

When it comes to India’s export performance during last few decades, it was impressive earlier as compared to the performance in the more recent past. While India has potential and the ability to expand its exports, it failed to tap opportunities as compared to other Asian countries. India needs to work on factors like improving business environment, widening trade facilitation measures, technology upgradation, product and process sophistication, quality assurance, product variety, simplification of taxes and other procedures. Some of the major issues hindering expansion of exports and growth are as below:

Most of our export markets have been more or less static unlike many other Asian countries, while global trade dynamics have changed notably. Look at the top five importing countries in the world i.e., the US, China, Germany, the UK, Japan, and France. India’s exports to all these countries, except the US are relatively lesser. For example, Japan is one of the largest importing countries in the world, but our exports to the Japanese market are less than 1% of its total imports.

Similarly, the top 20 importing countries in the world contribute more than three-fourth (about 77%) of the total world imports. But out of that, India’s share is just around 1.44%. On the other hand, India’s major exports markets like the UAE continue to dominate. But it doesn’t make much sense, because UAE is not one of the largest importing countries in the world.

Export markets are now more volatile, riskier, and stormier. Though many of them are expected to be more competitive, world trade has been complex with rising new trade protectionism, growing non-tarif barriers (NTBs) in recent years with other factors such as hyper nationalism, change in domestic policy making, prioritization of non-trade issues etc.

Before WTO, India used to enjoy some trade quotas or quantitative restrictions and some markets were relatively stable. But now one needs to be prepared for higher volatility and new trade protectionism, often beyond the domestic policy arena. Moreover, substantial demand and supply changes are also evident at different levels.

We are not adequately prepared like East Asian and other countries to meet these changes, especially to cater to changing tastes and preferences of customers in markets like EU, US and others. Most of India’s export markets are using non-tariff barriers, which are invisible and complex in nature that augment volatility, and we are not in the position to handle them.

Unlike many export dependent countries, India fails to use the full capacity created by FTAs and other Trade Agreements. It implies that India will have less tariffs and less restrictions, but we are unable to export to those countries or utilise the capacity created under FTAs. This requires us to refine our domestic policies with focus on trade issues in order to enhance our trade and competitiveness. Besides this, we also need to focus on how to use existing trade partners.

India’s performance in the manufacturing sector is an important issue, which considerably influences its growth & trade performance. Disproportionately low and ineffective participation of India in global production networks remain a major concern.

Earlier, almost everything was produced, assembled and dispatched from one premise or firm. Manufacturing today has been changed considerably with progressive development of technology, widening supply chains and expanding production sharing to take advantages of location and costs at different level.

For example, if you want to produce a passenger car, it has several production stages one for each components – engine, break, body designing, assembling etc. Advantages in production of each component at different location in the world depending on cost and other factors is very important for trade expansion. But all countries are not participating adequately in all sector and hence not gaining from such participation.

The effective and high level participation in global production network is one of the reasons for success of East Asian countries, because each and every stage of production of any industrial product has a different cost advantage. In fact this is what China has been doing.

India has a huge scope, but is not able to participate and gain much from global production networks like other Asian countries. India’s import duties on intermediaries are quite high, and it continues partly because India retaliated against the high duties imposed by other trading nations on some of these products. In this context, India’s focus on programmes like ‘Make in India’ or ‘Aatmanirbhar Bharat’ to boost the domestic industry may not help much in general.

Hence, India needs to lower its import tariffs further on intermediary goods that are critical to boost its participation in the global production network. We are using the inputs to produce exportable goods, so high import duties on these products may not benefit much.

Economies of scale and employment remain a key constraint for India’s manufacturing sector for longer period and it has not adequately addressed. Size and scalability of companies in India is relatively very low. About 80% of production units have an employment size less than 50. If you compare it to China and other Southeast Asian countries more than 50% of total production units have an average size of 200 or more workers.

Companies are reluctant to improve their size and scalability to avoid constraints of skilled manpower, stringent labour laws, different taxes and excise duties etc. For example, to produce 500 units of a refrigerator, a businessman can outsource the production to 50 different small-sized firms to avoid some labour compliance (low or absent) rather than producing it in one large firm (more labour compliance with more workers). This affects scale of operation and competitiveness in export markets.

Evolution and scope for India’s foreign trade policy to meet its core objectives has been well discussed. It is well known that India is looking to replace the traditional export schemes with RODTEP. Conventional measures like fees reimbursement, interest subvention, export subsidy etc are important but not sufficient for accelerating India’s overall trade performance.

Trade facilitation measures are crucial for competitiveness and overall trade performance, through improvements in logistics, multi-modal transportation, quality assurance and other trade infrastructure. Other important points are port efficiency as well as marketing & branding of Indian goods abroad. The turnaround time (TAT) of Indian ports is very high, and a high cost of surface transport makes Indian traders less competitive. Studies have showed that reduction of TAT by 50% will increase Indian exports by 25%, which is a very important.

With regard to branding and marketing, existing schemes like MEIS and SEIS are not enough. We need very exclusive and focused promotion of Indian production and services abroad. One of our recent studies on India’s leather and footwear sector suggest sector specific measures and budget allocation for this. This can be extended to other sectors as well.

In labour intensive manufacturing sectors, the focus should be more on export orientation and if possible, small-sized units should be merged so that they can become more viable, cost effective and scalable. Countries like China, South Korea, Vietnam and Thailand have done it and that’s why their labour intensive (low skilled or unskilled) manufacturing sectors are more competitive.

The trade policy focus should be sector and market specific with importance on rationalising labour laws, duties and taxes, import tariffs on inputs, trade facilitation measures. Labour intensive manufacturing clusters should be integrated effectively to augment size and scale. The government can provide in high-cost technology in these clusters to make it cost effective for small entrepreneurs. Whenever local individuals or small units need the support of the machines and processing units, they can use it with nominal user fees.

Often, trade agreements not necessarily been signed with the trade objective in mind. India’s new FTAs should be look into key markets where our exports have more potential to grow like the US and EU. Additionally, India should engage with host countries where it can access some important resources or raw materials or intermediaries, which can be used in India to produce exportables and end products. In this regard trade with selective Latin American and African countries, which are rich in natural resources could be meaningful.

There is a huge scope for policies like ‘Focus Product and Focus Market’, which were implemented earlier but not given adequate importance. When you are focusing on a market, the strategy should be to see your advantages and limitations and not just focus on the name, location or non-trade related issues.

Outreach, awareness and information about trade policy measures, its process, procedure and benefits should be given priority. Many exporters and other stakeholders are not aware of existing FTAs and trade benefits and there are many formalities as well as paperwork.

Trade with neighbour is another important issue because it expands trade and markets, but it is not very conducive in case of India. Low logistic costs, low transport costs and products familiarity with the neighbours are advantages. For example, more trade flows between Bangladesh and India, Sri Lanka and India, Nepal and India, Pakistan and India could be win-win situations. But India’s trade with its neighbours is not encouraging as some of its neighbouring countries import from other countries, while India could have been an ideal source. Every country that has successfully enhanced its exports has capitalised on trade opportunities with its neighbours, which India needs to emulate.

Finally, India needs to specifically look at ‘focus sectors’ along with focus products and focus markets. In sum, if policy supports are well directed, they can give much needed boost to India’s exports and economic growth. I will discuss on some potential sectors where India can enhance its trade performance in an upcoming column.

The author is Professor at IIFT. Usual disclaimers apply.

Nice one 👍👍
Covered all areas of Concerned
Great Job….