Endowed with a tropical climate, Goa is a paradise for any holiday-goer. The state is known for its mesmerizing beaches, rich cultural heritage and delectable cuisine. Among other culinary jewels that Goa has within its store, is Feni, the state’s signature local drink that earned G.I tag in 2009. 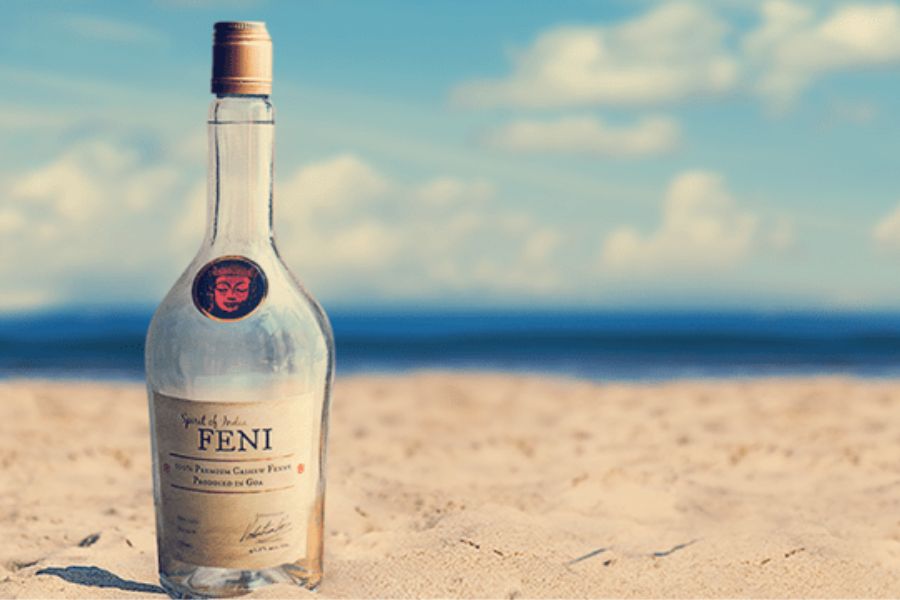 Feni, Goa’s signature brew dates back to the 16th century when the Portuguese rulers in India brought different fruits and vegetables with them through international trade. The Portuguese first introduced cashew trees in India to prevent soil erosion caused by heavy monsoon rain in Goa. Although cashew nut is a native of Brazil, given the similar quality of the soil and the weather conditions, cashew plantations thrived in Goa. Over the years, India has become one of the largest exporters of cashew nuts in the world.

Feni is made out of ripe cashew apples. It is believed that the cashew apples used for Feni were those which the Portuguese did not want. The word Feni is derived from the Sanskrit word Phena, which means froth. The concoction turns frothy when shaken in a bottle or poured in a glass. This intoxicating beverage was registered under the Geographical Indications of Goods (Registration and Protection) Act or GI tag on 5th March 2009. The local toddy is famous in the state and is consumed often by the local inhabitants to cure cough, cold, upset stomach due to its medicinal properties.

This heritage drink is prepared during the cashew apple harvesting season from February to May from cashew apples with strength above 45%.  This strength is gauged by looking at the size of the bubbles formed when it’s poured into a glass. In the traditional method of making cashew Feni, only tree ripened cashew apples that have fallen are picked. The cashew apples are de-seeded and then dropped into the stomping area. This area is called a ‘colmi’ and is usually a rock cut into a basin shape. 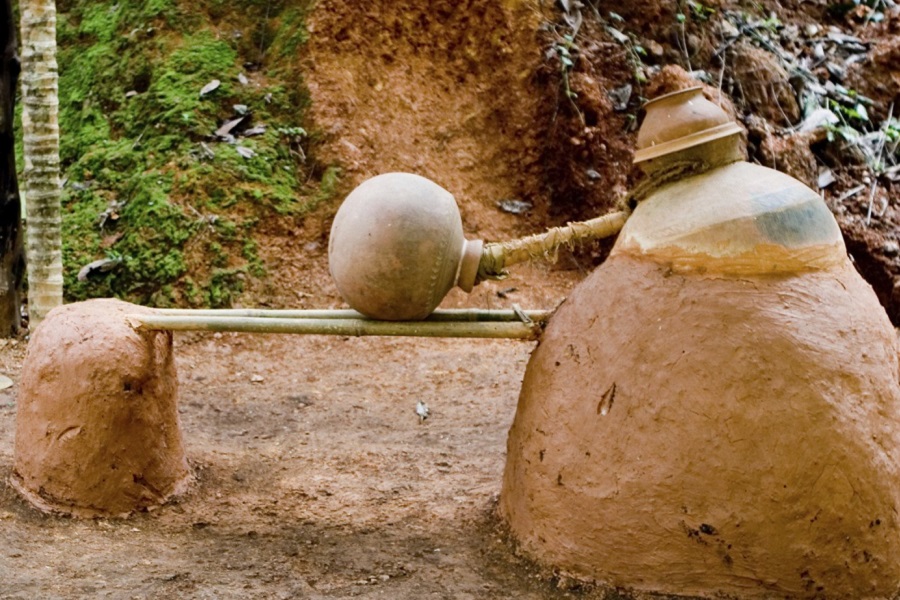 The cashew apples are stomped to release the juice. Although the traditional practice involves crushing the cashew apples from bare feet, the practice has now evolved to automated pressing machines. The first extract is called ‘neero’, and is non-alcoholic. The fresh neero is traditionally collected in a large earthen pot called a ‘kodem’ and buried halfway in the ground and left while the juice ferments for three days. The juice is now fermented in plastic drums to maintain the hygiene and quality.

Fermented cashew fruit juice is then transferred into pots for distillation. To prepare Feni, the process is a triple distilled spirit. The first distillate of the fermented neero is known as ‘urrack’, about 15% alcohol (30 proof). Urrack is then mixed with neero in a proportion determined by the distiller, and redistilled to give a spirit called ‘cazulo’ or ‘cajulo’ (40-42% abv). Cazulo or Cajulo is again distilled with urrack to give a high strength spirit called feni (45% abv).

Whether you drink this fruity country liquor on an outing, or use it for medicinal purpose, Feni is an experience in itself.

F&B Industry: Smitten by the Metaverse Wave?
Considering the many benefits that metaverse brings to ...

Carbon labelling: The next big trend in F&B packaging?
According to FAO, the food supply chain is on track to ...

Vegan food for babies: One step at a time?
Global vegan food market for babies is expected to grow...