Export of cannabis derivatives: A big opportunity for India

Cannabis  has a huge export potential as various industries such as food and beverage, personal care and cosmetics and pharmaceuticals are taking advantage of its multiple properties. To promote CBD exports, the government should provide the right direction, policy & regulatory framework for the medicinal cannabis industry to flourish. 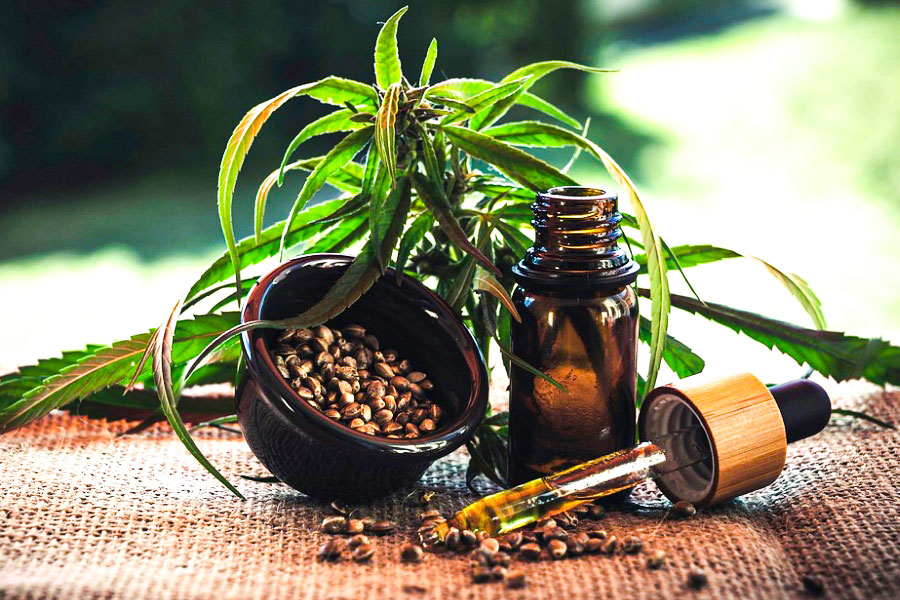 Plant-based phytochemicals, especially the alkaloids derived from opium, which is extracted as a sap from poppy plants, have been produced in India since hundreds of years. In fact, the Government Opium and Alkaloid Works at Ghazipur City in U.P., opened in 1820, is the largest such facility in the world and perhaps the oldest working factory in India. Products such as Codeine phosphates, Morphine salts and other derivatives are exported to over 75 countries, with Belgium, USA, China, Pakistan and Algeria being the top destinations for exports b India. Now a much bigger opportunity is coming India’s way, that is, export of cannaboid derivatives.

In Ayurveda, cannabis, known as bhanga (Indian hemp) in Sanskrit has been long acclaimed for its therapeutic properties. Several startups have sprung up in India which are conducting research on medical cannabis as well as producing consumer products such as shower gels, soap bars, balms and lotions which are made from hemp seed oil. Research and commercial cultivation policies in already in place in Uttarakhand and UP.

A stigma has developed around the use of hemp as it is confused with marijuana (charas), both belonging to the cannabis family. Cannabis contains two psychoactive compounds tetrahydrocannabinol (THC) and cannabidiol (CBD). High percentage of THC in marijuana is responsible for its use in getting high. Legal hemp must contain 0.3% THC or less which is not adequate to get high. CBD is the cannabis derivative which is therapeutically important and it is sold in the form of gels, gummies, oils, supplements, extracts, and more. In fact, hemp seeds are known to be a super-food that can boost our immunity.

According to a report by the market research firm Research and Data, the Cannabidiol market is projected to grow at a rate of 21.8% in terms of value, from US$ 5.49 billion in 2019 to reach US$ 26.25 billion by 2027. The market is primarily driven by the increase in the usage of CBD in medical applications, supplements, beverages and skincare. No doubt, immunity boosting products are witnessing a high growth due to COVID-19.

As a pharmaceutical therapy with multiple applications, the cannabidiol marketplace is likely to witness significant R&D investment in the pharmaceutical industry. For its potential in the treatment of a number of diseases, multiple scientific studies have shown promising results of cannabidiol. The first cannabidiol drug Epidiolex has been approved by US Federal Drug Agency, which has validated some of the cannabidiol’s therapeutic benefits. It is also expected that the US Drug Enforcement Administration (DEA) will reschedule and change the cannabidiol compound classification in the near future.

In 2019, for the first time, CBD became one of the 40 top-selling ingredients in US mainstream retail outlets. In this channel, CBD sales totaled US$ 36 million, making it the 9th largest selling supplement ingredient. Sales of CBD increased by a remarkable 872.3% from 2018 to 2019 — the largest increase of any other top 40 ingredient in the mainstream channel after a 303% increase in sales from the previous year.

CBD products have been promoted for a wide range of health issues, such as anxiety, insomnia, drug addiction, and acne, among many others. It is estimated that 64 million US adults had tried CBD in the previous two years. Among those surveyed, the most common reason for taking CBD was to relax and reduce stress/anxiety, and 64% rated CBD as “extremely or very effective” in doing so.

Becoming the numero uno CBD exporter in the world

There is a large market potential for Indian to export CBD. If India has to compete with China as well as other rising countries, it must increase its production manifold. In addition, it must have a simpler regulation for the domestic market to grow. With growth in domestic market, India’s value-added products can also find export markets.

Increasing awareness about the health benefits of CBD, evolving public opinion, and positive attitude toward CBD products are some of the many reasons which are driving the demand for these products. Various industries such as food and beverage, personal care and cosmetics, and pharmaceuticals are taking advantage of these trends and will increase their offerings to trigger market growth.

The government should provide the right direction, policy & regulatory framework for the medicinal cannabis industry to flourish. The excessive regulatory stranglehold on the opium industry has steadily reduced the number of licensed cultivators which has considerably reduced our exports. For a high of 98 tonnes in 2016 (HS Code 130211), our exports have come down to 48 tonnes in 2018 and 14 tonnes in 2019 as per ITC Trade Map data. If one adds all the cost associated with production of opium derivatives such as monitoring and security, it is an essential but no longer a profitable crop for the farmers or the government. CBD is not a psychoactive compound and the government should come up with promotional policies which will make India the top producer and exporter.

The shortly expected hemp regulations from The Food Safety and Security Authority of India (FSSAI), a draft of which was circulated in 2020, will be crucial for the growth local hemp and cannabis sector, unlocking its potential for use in the food and beverage products and boost value-added exports.

New applications to an old product can drive our Ayurveda exports. Well written with latest data.

Sir how to export cannabis from India to other countries

How to export marijuana from India to other countries

Enquiry for Export of cannabis derivatives: A big opportunity for India