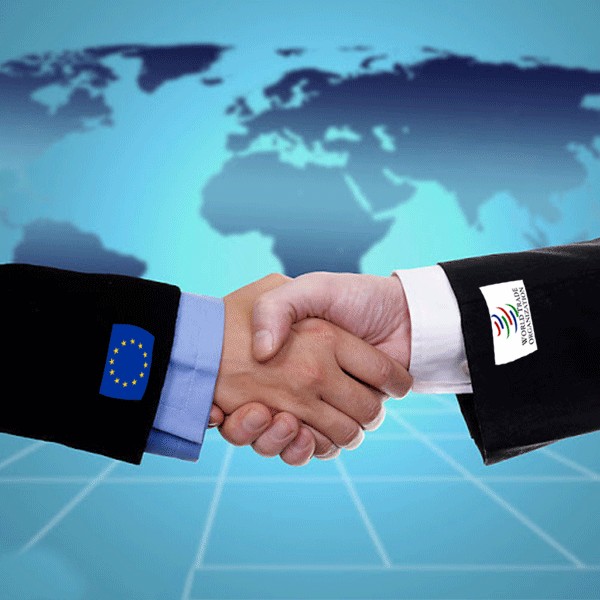 The multilateral trading system has so far provided a steady and effective framework for conducting business across the globe, helping many economies to propagate rapidly. Today, the WTO is indispensable for ensuring open, fair and rules-based trade. However, despite its success, the World Trade Organization has not been able to adapt sufficiently to the dynamism of the global economy. The world has changed, the WTO has not. It’s appropriate time for WTO to act to frame the system, to address challenges of the today’s global economy and work for everyone, again.

The EU remains a steadfast supporter of the multilateral trading system and firmly believes that the WTO is an obligatory entity in ensuring free and fair trade. It has been patronizing WTO at times of surging tensions, apart from being the backbone of the international system of economic governance. Even at a time of the great recession, it has helped, avert, recourse to the trade wars that have fuelled economic decline in the past. As such the health and vitality of the multilateral system needs to be well-preserved. Its enervation, weakening and decline need to be prevented at all costs.

Unfortunately, the Rules-Based multilateral trading system is facing its deepest crisis since its inception. For the first time, the basic tenets of the WTO, “Setting the essential rules and structure for international trade”, and “Delivery on effective and developed dispute settlement mechanism of any multilateral organization”, are threatened. The crisis is set to deepen further in the coming months, as more unilateral measures are being threatened and imposed, leading, in some cases, to countermeasures, or to mercantilist deals. In parallel, as more Appellate Body members leave office, the new appointments are being blocked, thus reducing it to a virtual “non-entity”. Thus the dispute settlement system can soon fall into paralysis, rendering enforcement of the rules impossible. That would probably mean a 20-year step backward in global economic governance. It would mean going back to a trading environment where rules are only enforced as per the convenience of strong and mighty, thus not forming the basis for trade relations.

This development could mean a major risk for the EU, both for the stability of the political order and for the sustainability of economic growth. The EU economy is highly integrated with global value chains and depends on predictable, rules-based international trade for both imports and exports. For this reason, EU executives are proposing to move the current debate on a positive path, focusing on the modernization of the WTO. It is clear that 23 years after the creation of the organization and the conclusion of the Uruguay Round, the multilateral system is in need of change. While the broader WTO membership may have different views regarding the particularities of this change, it is unquestionable that a discussion needs to take place on the question of how to make the WTO relevant again.

As part of the proposals, the EU executive wants to update the WTO’s rulebook to better reflect today’s challenges in global trade, including the use of subsidies or the forced transfer of technology. China is under the spotlight as its subsidies have been responsible for the global steel overcapacity that fuelled the trade dispute between the US and its partners. The EU and the US also blamed Beijing for enforcing foreign companies to share intellectual property and know-how in order to access the Chinese market. This was supported by 90% of the members of the organization and they accepted that there is a need to revamp the institution.

Is it a new ray of hope for Indian Trade System?

Supporting the re-balancing measures, potential safeguard measures to protect markets, and the legal proceedings may ensure the unbiased trade practices. More flexible negotiations, new rules that address current gaps, including in the field of subsidies, reduction of trade costs, a new approach to development and effective and transparent enforcement is surely going to placate those economies who have an eclectic platter to serve at the global trade platform.

Talking of India, it has managed to diversify its exports but with mixed results. It has failed to claim a large market share in any export product category in the world. It does not have depth in any export product or any market. India needs to identify the sectors via global value chains where it has a natural competitive advantage and focus sharply on providing necessary infrastructure and skills for these sectors for a robust networking.

Enquiry for European Union proposes to contemplate WTO towards pro-modernization