An Energy Storage System (ESS) converts electrical energy from power systems and stores it for use at a later time. This blog explores the exciting prospects for this sector and its adoption challenges for India. 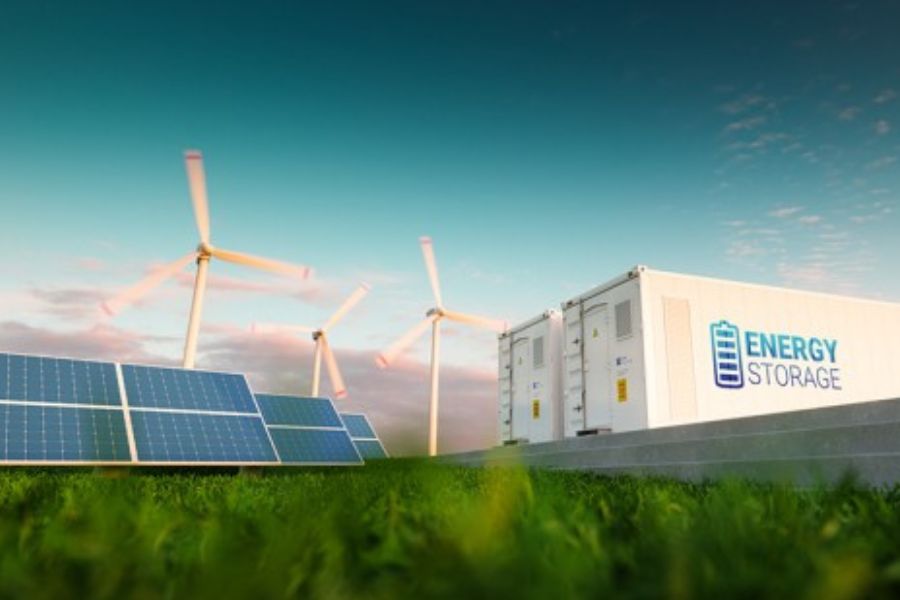 The heat is on, with the country witnessing the third-hottest April over the past 122 years and there being no respite in May either. Given the harsh heatwave across the country, the demand for electricity is at its peak as residential and industrial units turn to air-conditioners to seek some respite and economic activity surges as a sign of post -pandemic revival. Data from the Ministry of Power stated that on 26th April, the maximum all-India power demand met touched an all-time high of 201.06 gigawatts (GW), surpassing last year’s maximum demand met. It expects this demand to reach about 215-220 GW during May-June. Thus, the country’s electricity demand in May was 23.5% higher yoy.

However, with India battling a coal shortage amid the surging power demand, power cuts have become a norm of the data. For example, India faced its worst power cuts in over six years in April. The Centre for Research on Energy and Clean Air (CREA) expects another power crisis in July-August 2022 owing to a lower pre-monsoon coal stock at power stations. Consequently, the Union Government has directed States to import coal.

While this is a temporary way to fix the solution that eventually leads to carbon emissions, the country must focus on more long-term eco-friendly ways to avert power crises in the future. This blog explains why Energy Storage System (ESS) is a simple solution to address this challenge and what challenges the country could run into while establishing an ESS landscape.

As the name suggests, ESS is a device or group of devices that convert the electrical energy from power systems and store energy in order to supply electrical energy at a later time when needed. One of the advantages that it offers includes cost reduction. For example, the United Kingdom government anticipates that technologies like battery storage systems could save the UK energy system up to £40 billion by 2050, ultimately reducing people’s energy bills.

An ESS ecosystem that relies on clean energy is a step in the right direction as India aspires to meet 50% of its electricity requirement through renewable sources by 2030 and eventually move towards being a net zero economy. Further, a forecast from research company BloombergNEF (BNEF) indicates that India may emerge as the third largest country in terms of energy storage installations by 2040. The Central Electricity Authority estimates that India requires 27 GW of battery storage by 2030 with four hours of storage and 10GW of hydro-pumped storage plants. In view of the rapid growth of India’s economy and infrastructure, this opens up vast opportunities for battery makers in India. Not only will this establish the country as a hub for R&D, it will also promote local job creation, manufacturing, the spirit of entrepreneurship and investment in India as well as curb carbon emissions, solve the annual power crisis & save costs.

The stumbling blocks to establishing a robust ESS

While ESS comes across as a one stop solution for myriad problems, the country needs to work hard to establish a sound ecosystem to be a leading manufacturer and exporter of ESS. Some of the challenges that India faces include:

Becoming a leader in ESS

Indian government is working on an Energy Storage policy for large scale integration of renewable energy with the country’s power system. The proposed policy is likely to delicense building of standalone battery storage systems; allow their sale, lease or hire; and permit the sale of stored power through power-purchase agreements (PPAs) and over exchanges. In Oct’21, the government inviting the expression of interest for installation of 1000 MWh Battery Energy Storage System (BESS). The government can also work on driving adoption of domestically manufactured batteries and attracting startups to this industry by providing incentives like land grants, tax incentives and R&D support. India can also ink trade pacts with mineral rich nations to secure stable access to key minerals.

At the same time, private stakeholders must invest in sponsoring research to bring down perceived upfront costs. Enhancing the quality of the product and shelf life of the batter as well as conducting advanced research on battery reuse and recycling to reduce need for imported minerals could be game-changing in this regard. Lastly, extensive engineering research needs to focus on risk mitigation by controlling uncertainties at the early deployment stage.