India is a leading source country for students wishing to study abroad. But it is now time to build a robust education ecosystem within the country, which will attract quality talent from abroad and catalyse growth in the present knowledge era. 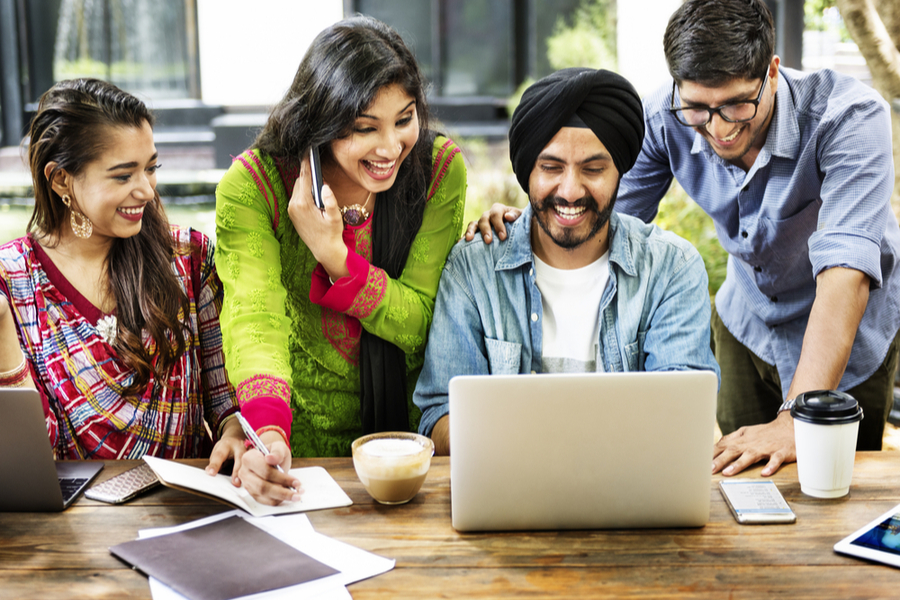 India is the world’s second-largest country, after China, as a source of students enrolling overseas for international degrees. Up until the year 2000, only 66,713 Indian students had decided to pursue international education as against an estimated 301,406 Indian students, who were studying abroad in 2016 according to UNESCO Institute of Statistics (UIS).

In 2019, a total of 10.9 lakh Indian students had enrolled in international universities for higher education across the globe according to UNESCO Institute for Statistics. A 45% increase was observed over the 2018 figure of an estimated 7.5 lakh. While the numbers were expected to soar in the year 2020, the advent of the COVID-19 pandemic put the study plans of several Indian and international students on hold. However, despite the risk, over 91% of Indian students expressed their interest in studying abroad.

While a majority of Indian students have preferred US, Canada, and Australia as their choice of destinations in that order, there has been a significant increase in the number of students going to Canada from 2017-2019, one of the reasons being the introduction of SDS (Study Direct Scheme) Programme. The United Kingdom has also seen a surge of 35% in just one year, due to changes in visa regulations. This is because in September 2019, the UK Government announced a new two-year post-study work visa, allowing international students to build successful careers. In addition to this, institutions like University of Portsmouth are accepting various online English proficiency tests because of the inability of students to appear for IELTS due to the advent of the COVID-19 pandemic.

Countries like Japan, Canada, the US, the UK, and even Israel are offering scholarships to meritorious international students to help them fund their education. Universities in Australia are offering heavy fee-waivers and monetary support to students who are stuck in their homeland during the pandemic. Countries having lower COVID cases such as New Zealand, Germany, Australia, etc. have also become target destinations for Indian students.

Every year millions of students migrate abroad to pursue foreign degrees. However, the counter-flow is not even close to the former.

The numbers depict that growth in foreign students in India is flat over the past 4 years. In the year 2018-19 foreign students enrolled in higher education increased slightly YoY to 47,427 as per AISHE report 2018-19, Ministry of Human Resource Development.

Under the Study in India programme, over 7,500 foreign students have come to India to pursue their education over the past three years. There is a long way to go to achieve the target of attracting 200,000 foreign students to the country. To put things in perspective, the US attracted over 1 million foreign students in 2017-18.

The government is now looking to revise the criteria to allow more institutes with the necessary infrastructure to join the Study in India programme. Currently, 117 institutes are partners under the programme.

Apart from this, India must focus on the following areas to improve the quality of education:

Developed countries recognise the role of attracting quality immigrants in sustaining the success of their economies. In today’s era, knowledge and technology are the hallmarks of economic progress. It is essential for India to build an educational ecosystem of eminence, not only to cater to the needs of domestic students, but also to attract quality talent from around the world.

Enquiry for Higher education: A pathway to economic development