Diaspora can get us closer to India

India and Australia are looking for ways to expand their bilateral relationship. In his interaction with Trade Promotion Council of India, Stephen Manallack, Chairman, Genesis India-Australia Horticulture Project and former President, Australia-India Business Council had constructive discussion on major avenues of Australia-India collaboration, especially in the food processing sector.

Following are a few excerpts from the interview: 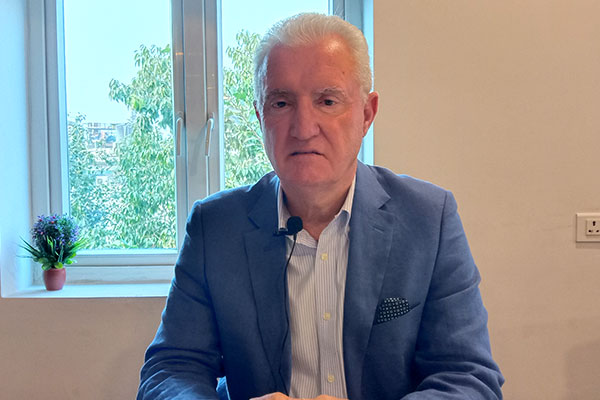 TPCI: India recently decided to opt out of the 16-nation RCEP agreement. What is your view on India’s specific concerns pertaining to safeguards for its domestic industry?

Stephen Manallack: I am very disappointed to say that the RCEP negotiators have not adapted to make it possible for India to stay; that’s my view. RCEP negotiators should have created some conditions where India could have been the part of the agreement.

Moreover. RCEP as a deal would make India vulnerable to Chinese products. Everything would be made in China and dumped here, virtually. That is a genuine concern. To me, I would like to see the negotiators to make some allowance for the differences between the two countries.  I would like to see great flexibility by the RCEP countries to make India back; and PM Modi back, because he is an innovator. He is an energizer.

TPCI: What are the reservations being expressed by other countries regarding India’s demand for services mobility within the RCEP bloc? What is a possible consensus for this issue?

SM: Well, it is a bigger issue for Australia specifically and I will explain it this way: Whenever we have been negotiating an agreement with India, which we have never been able to finalize, I think we have not been flexible enough. However, we are already open to Indian services. For instance, in Melbourne, you will see offices of TCS, Infosys, Wipro, HCL etc. It is more like a downtown in New Delhi. It is just the same! The smell of the Indian food available there is just sensational.

Thus, very evidently, we are open to the services sector of India. Australia outsources a lot of back office work to India, as well. I think it is a mutually beneficial relationship. I don’t think we need to make any major consensus on that.

TPCI: Over the years, Australia’s exports to India have grown, but been largely dominated by mineral fuels and education services. What are the major sectors where you see potential for Australia to expand its exports? Conversely, what opportunities does Australia offer Indian companies for bilateral trade and investment?

SM: Education, I think, even though it has been very successful, is not very sophisticated as a relationship. It is purely transactional. The two countries need to build deeper and meaningful relationships. I think there should be more collaboration rather than transactions. We should think as to how we both can collaborate as two countries. Therefore, we need a closer approach for better outcomes.

Furthermore, we are happy with our exports to India. However, we have enormous amount of agri-business in Australia. That is where we can expand and also look for some potential collaborations with India and come out with some fruitful innovations altogether.

TPCI: Considering that around 700,000 people of Indian origin are now Australian citizens, what role can they play in enhancing bilateral business relations in your view?

SM: India is a topmost source of migrants and international students at any given time. Worth mentioning, India is fast growing its tourism industry. That is enormous.

You won’t believe that Diwali is celebrated hugely in Melbourne. We have an Indian film festival happening in Australia that brings all the Bollywood stars. In fact, some of the films are made as a joint productions between Australia and India, which is a great mark of creativity.

Moreover, if we talk of the Indian migrants or diaspora present here in India and the potential associated with it, I think this can definitely help us get closer to India, as they are well connected with the homeland and understand the market better. I think, it is up to us. It is we who have to think over this and not the Indians.

TPCI: Agriculture is an important area for potential collaboration between the two countries. How does Australia view the potential of India’s food processing sector, and what kind of win-win collaborations are they seeking?

SM: Australia brings diversity in its production and niche marketing with F&B products. This is something which is growing in the Indian market as well, probably owing to the fact that it generally has a stronger base of middle class population.

India sources cherry tomatoes, tomatoes and other processed foods in bulk quantities. Thus, I think we can do a lot of things together. It is just a matter of finding it out that how we can make it work.

TPCI: The negotiating positions of India and Australia are deemed too far apart for an early conclusion to the CECA. What are the major reasons for the impasse and how can it be resolved?

SM: Both sides have their own reasons for delay. I am not happy about that. I want more flexibility from Australia. I am not fully confident that Australia and India can resolve a complete economic free trade agreement. However, I opine that let us not wait to a situation where we can grieve politician to politician about the closer economic cooperation agreement. Let us just find the ways of doing business together. When it is legal to do it now, let us just do it.

TPCI: India-Australia relations are defined as being largely characterized by Cricket, Commonwealth and Curry. What is your view on the evolution of cross-cultural relations between the two countries and how they have panned out in the business sphere (i.e. bilateral business engagements, people management, etc.)?

SM: Cross-cultural understanding is the key to the future of these two countries. My view is, we don’t understand each other very well right now. We think we do, but I think, particularly for the Australian side, we need to learn much more about the Indian culture. Knowing each other cultures effects how we negotiate.

I am passionately in favour of Australia providing more training to business people to understand Indian culture. This will bridge the gaps and differences. We shall learn to live the differences.

India has got the largest population of millennials (21-37). They are working rigorously to become something and achieve success and in this process they make their own identities by innovating various products and services. I want Australia to attract these millennials, as we have been quite successful in creating segments and products. I think we can share more of that and attract more of these millennials to come across to Australia.

TPCI: How do you see the placement of Indian food in the international platform?

SM: I think, India is at the very near to beginning of having an impact on how the world eats, drinks, wears clothes and recreates. You look at “chai” which is an Indian drink. You can find it ubiquitously throughout the globe. In fact, Chai Latte is a famous drink in the outlets in Melbourne, today. The growth is exponential. It is just the beginning. So, I see Australia connecting with India as much as it can at all levels.

TPCI: How do see IndusFood as a growth platform?

SM: The most exciting fact about IndusFood is that it can bring a decent understanding to the Australians about the Indian food and the new trends in the Indian F&B industry. Indian produce would excite the palate of Westerners, particularly Australians, who are very open to alternative tastes and flavors. IndusFood is a great expo to market Indian products to countries like Australia.

Enquiry for Diaspora can get us closer to India