Defence Acquisition Procedure 2020: Will it smooth the path for self reliance? 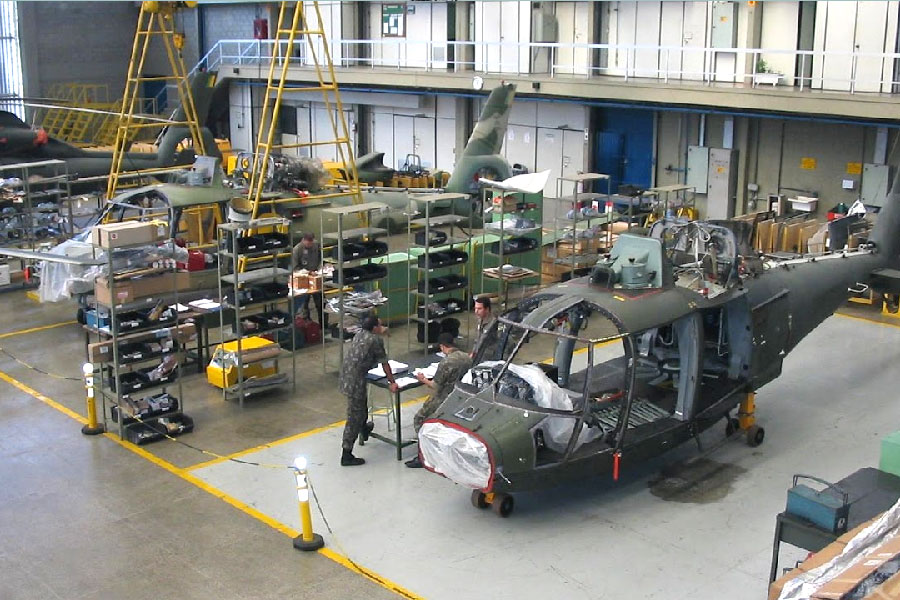 The Defence Ministry has unveiled the final Defence Acquisition Procedure (DAP), which governs the procurement policy for products and equipment for the armed forces, on September 28, 2020, with applicability from October 1, 2020. The stated goals of the DAP 2020, are to further ‘Self Reliance’ in defence and ensure ‘Ease of Doing Business’ with emphasis on simplification, delegation, reduced timelines and making the process as industry friendly as possible. While seeking to build domestic capabilities, it also endeavours to ensure that the immediate and long term needs of the armed forces are not compromised.

The Indian defence industry essentially comprises Defence Public Sector Undertakings (DPSUs), Ordinance Factories and private defence industries. These units produce defence products such as arms and ammunition, armoured vehicles, heavy vehicles, fighter aircraft and helicopters, submarines, missiles and many more. Defence PSUs have experienced an increase in value of production over the years through investments in R&D and transfer of technology. 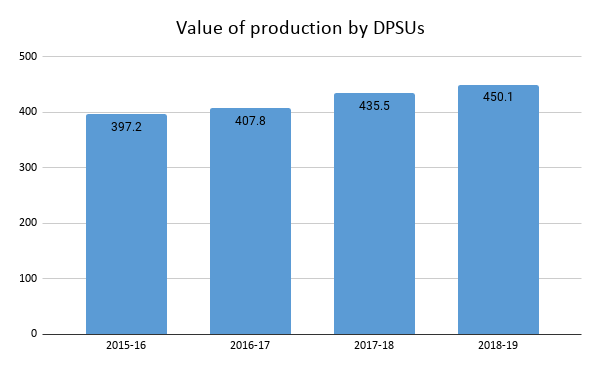 Similarly, the private sector has also shown a positive growth pattern in the recent past. The value of production for ordinance factories has declined, mainly because 275 items, which were earlier produced by only ordinance factories, are now open for industry. On the other hand, the turnovers of many DPSUs have been highest ever in 2018-19.

However, the domestic defence industry has been slow to adapt to rapidly changing technologies and advancements in the global market. The share of the private sector is around 20% of the total domestic industry turnover of Rs 80,000 crore. Since the private industry is still at a very nascent stage, production capacities and R&D investments are extremely low, breeding a heavy reliance on imports. As per SIPRI 2019 fact sheet, India is the 2nd largest importer of arms and accounts for 9.55% of the total world arms imports. The top three suppliers of arms for India are Russia (58%), Israel (15%) and US (12%).

Earlier this year, the government announced an embargo on imports of 101 items in a progressive manner from 2020-24. The purpose of the progressive implementation is to prepare domestic producers to meet the requirements of the defence forces, and also ensure that the latter is not deprived of the equipment it needs on an immediate basis. These products are expected to provide a business opportunity of Rs 4 lakh crore to the domestic industry over the coming 5-7 years.

A thumbs up to FDI?

In line with the same principle of Aatmanirbhar Bharat, the new DAP also focuses on encouraging FDI inflows while also protecting the interest of Indian domestic industry. In particular, the SP model, OFB/DPSU, IDDM, Make I, Make II, Production agency in design and development have been exclusively reserved for Indian vendors, who need to meet the requirement of control and ownership by Indian citizens.

During April 2000 to June 2020, FDI inflow in the defence industry amounts to US$ 9.52 million, which is only 0.002% of the total FDI inflow in India. To promote greater inflow of foreign investment,  the cap for FDI under the automatic route has been raised from 49% to 74%. A new category of Buy (Global-Manufacture in India) has been included to encourage original equipment manufacturers (OEMs) to establish their maintenance/manufacturing units in India through subsidiaries.

However foreign companies are not allowed as prime vendors under the Strategic Partnership model, which will be deployed in mega projects – fighter aircraft, helicopters, submarines and armoured fighting vehicles (AFV)/Main Battle Tanks (MBT). For foreign companies, it may act as a disincentive, since the SP model also covers manufacturing, transfer-of-technology (ToT), assistance in training skilled human resources and other support for high-end equipment.

Moving ‘Off the set’ path

The forces are now allowed to take military equipment, platforms and hardware on lease instead of outright procurement, in order to reduce the cost of acquisition. On the same lines, a major step under DAP 2020 is to remove offset requirements in ab initio single vendor contracts and government-to-government deals.

The defence offset policy was initiated under the Defence Procurement Procedure (DPP-2005), to boost capacities in the domestic defence industry. Under the offset clause, a foreign company that wins a defence deal is expected to invest a part of the contract value in the country, thus developing skills, bringing in technology, and generating employment. The value of offset was fixed at 30% of defence deals above Rs 300 crore, which was increased to Rs 2,000 crore in DPP 2016.

Over the years, the offset policy has not proved to be effective in practice. A CAG audit for offset deals till March 2018 reveals that 46 offset contracts were signed for Rs 66,427 crore,  and Rs 19,223 crore worth of offsets should have been discharged by December 2018. However, the vendors have discharged of only Rs 11,396 crore or 59% of the offsets, out of which  the Ministry has accepted only Rs 5,457 crores. It has also quite unlikely that the remaining Rs 55,000 crore of offsets will be discharged in the next year, considering an average discharge rate of Rs 1,300 crore a year. Under the Rafale deal signed in September 2019, Dassault has not yet confirmed the transfer of technology to DRDO.

Furthermore, as per the new procedure, preference would be given to completed manufactured defence products over components and multipliers, which would give incentives to release offsets. On the other hand, a major concern is that foreign vendors could misuse the government-to-government route to bypass offset requirements.

HAL Chairman and MD, Mr. R Madhavan, believes that this is a great opportunity for Indian vendors. Commenting on the provisions under DAP 2020, he said that since the products will be manufactured exclusively in India, with assured orders, more Tier-2 and Tier-3 vendors will come up in the country. Also, there will be increased visibility for small players.

Even as the government expands the scope for Indian industry, relying on the domestic market alone will not suffice for building a robust manufacturing defence ecosystem. India has managed to increase defence exports by a massive 700% over the last two years to reach Rs 10,745 crore in 2018-19. The government has also laudably introduced the DPEPP 2020 (Defence Production & Export Promotion Policy, 2020). Some pockets of success have been witnessed in specific products, but given the competition and India’s delayed entry, it would make sense to have a more focused approach on a set of equipment/platforms, which are strategic to India’s defence capabilities. This can help achieve the dual objectives of self defence and export promotion in the long term.

Finally, it is critical to boost the R&D capabilities of Indian companies. DRDO itself has limited resources with 4-5% of the defence budget (including pensions), so it cannot be expected to build competitiveness across the spectrum. It is suggested that the government link the 23 IITs and the private defence manufacturing sector to DRDO to upgrade research quality and broaden the base of the industry.

The government has launched the IDEX, which has earmarked startups for technologies related to secure hardware encryption devices, unmanned surface and underwater vehicles, and 4G/LTE tactical local area network, etc. Their progress can be accelerated through these academic associations, funding and foreign collaborations. Moreover, assured market potential is required for the new technologies, beyond just servicing the domestic market.

Enquiry for Defence Acquisition Procedure 2020: Will it smooth the path for self reliance?