Did you know that Princess Jahanara, daughter of the emperor Shah Jahan, designed the empire’s first “resort” at Chandni Chowk in Delhi serving Daulat ki Chaat? To know more interesting facts about this winter dessert, read on! 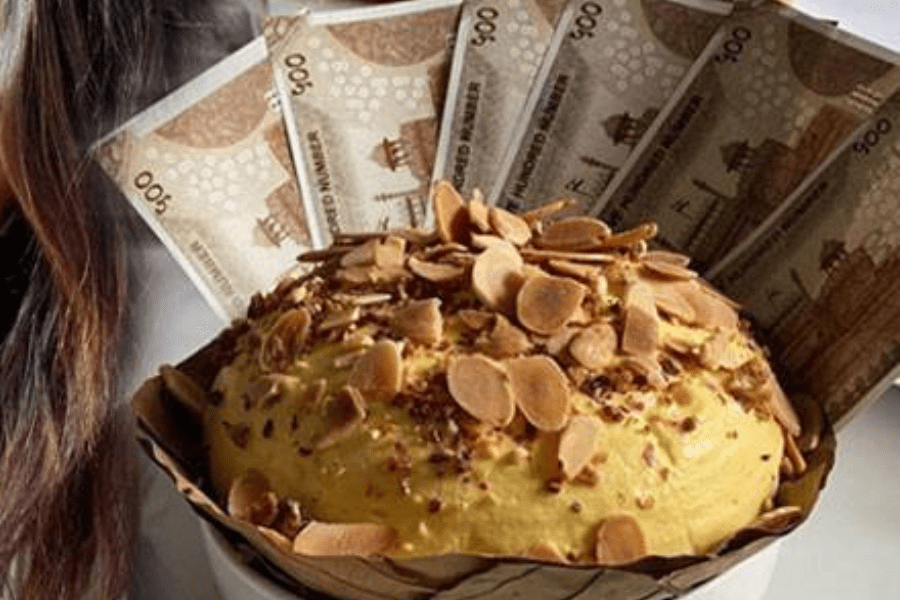 Nestled in the alleys of Old Delhi, is a legendary dish loaded with the flavours of saffron, khoya and sometimes nuts, popularly known as ‘Daulat Ki Chaat’. It is believed that this delectable delight originated from the Botai tribe in Afghanistan using mare’s milk and eventually made its way to India through the Silk Route and sea traders.

Mughals are believed to have introduced saffron, khoya and dry fruits to the dish. Princess Jahanara, daughter of the emperor Shah Jahan, is said to have designed the empire’s first “resort” at Chandni Chowk in Delhi, and daulat ki chaat was a cherished gastronomical treat during the winters. At the same time, some people believe that iconic dish comes from Gujrati traders, while there are still others who opine that this dish originates from Lucknow.

While this dish is called ‘chaat’, it is interesting to note that it is anything but savorury, spice or tangy. Rather, this dish is called chaat, drawing its connotation from the Hindi word which means licking. A hearty treat for those with a sweet tooth, this delicacy was its name to the process by which it is made: after churning milk for a couple of hours, the light cream that floats atop is separated & garnished with a dash of saffron and a hint of sugar. ‘Daulat’ is an Arabic word which means money or fortune, indicating that this is a regal delicacy, owing to the addition of dry fruits. According to some people, the froth, which is the USP of this dish, is so delicate that it was regarded as wealth.  Legend has it that this sweet could only be made on chilly moonlit nights due to its short shelf life.

It is fascinating to note that this mouthwatering sweat meal has a very robust fan base till date. Famous actor, Priyanka Chopra, recently binged on this delicacy at Indian Accent that is rated among top 50 in the world. To her surprise, the dish was actually loaded with INR 500 notes! The celebrity uploaded these images on her Instagram page. Some of the other places serving the best Daulat ki Chaat in the city include Gupta ji’s shop at Sitaram Bazaar, Babu Ram & Khemchand in Chandni Chowk.

Enquiry for Daulat ki Chaat: A jewel in Delhi’s crown