• Crisis times demand tough decisions. In the coming months, governments will have to make difficult decisions on the unpleasant choice between lockdown and economy.
• According to Barclays research, the loss of output due to shuttered factories and closed offices works out to about US$ 26 billion per week.
• On the other hand, governments face a compulsion to continue to impose the lockdown to save the growing cases and deaths due to COVID-19.
• Besides the tough choices, COVID-19 also reminds us of the looming crisis that the planet faces due to human obsession with growth over the quality of life. 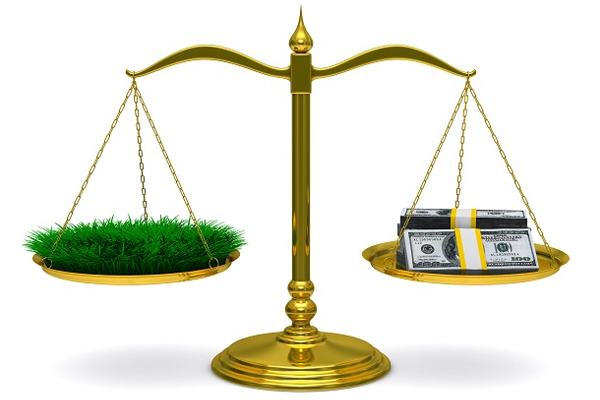 Charles Darwin Theory of “Survival of fittest” has remained perenially relevant since its existence, and more so during the present COVID-19 pandemic. Without the discovery of a vaccine, economic thinkers can only imagine the worst for the global economy, and devastating times for those who, for various reasons, do not belong to the ‘fittest category’.

Growth is the perennial buzzword of the World Economic Forum and this year was no exception. Envoys & delegates keep assuring us that their own profitability is vital for safeguarding humanity, while we ordinary people go about our day-to-day lives. We happily drive our cars, book flights to our next holiday destination and continue to exist as we’ve always done. Human population has doubled in less than 60 years, but we have not been mindful of the planet’s limited resources. While global economic debate has been dominated by the ‘growth imperative’, development economists argue that the real goals to pursue should be on ‘quality of life’ parameters like infant mortality, life expectancy, poverty levels and degree of economic inequality in society. They argue that economic development does not necessarily lead to a better quality of life for the population at large.

In the present crisis, governments across the world face even tougher choices. There will always be scarcity of resources among which quality of life is one of them. Economics always teaches us, how to allocate limited resource in an optimized manner.

The late-18th century philosopher Thomas Malthus wrote these ominous words in an essay where he predicted a dire future for the human race. Humans’ unquenchable urge to reproduce, Malthus argued, would ultimately lead us to overpopulate the planet, eat up all its resources and die in a mass famine. But what is the maximum “power of the Earth to produce subsistence,” and when will our numbers push the planet to its limit? More importantly, was Malthus’ vision of the future correct?

So far, health workers on the front lines of the global coronavirus pandemic have reported that along with the overwhelming caseload, medical personnel are being forced to make excruciating choices to ensure the survival of patients. For instance, where medical resources like ventilators have become scarce, choosing which of two critically ill patients receives a life-saving resource presents a moral dilemma. But now, government and policy makers too have to face this situation.

A moral dilemma is a situation in which a person is faced with two mutually exclusive choices and urgent reasons to choose each of them. And in the case of COVID-19, medical personnel are being faced with the moral dilemma of deciding which person lives and which person dies; not choosing will likely result in both patients’ deaths. Such a choice can give any conscientous person a mental scar for a lifetime.

World Bank and IMF have already stated that this pandemic is going to erode more than US$ 2 trillion, apart from human life. So, the point of argument is pretty simple, till anyone invents a vaccine for COVID 19 that works, policymakers have to choose either of the two available choices.

They can resume commercial and economic activities to minimize the GDP loss. Opportunity cost here will be human lives, which are exponentially getting lost. The other is continuing the endless lockdown where humans are losing their lives due to myriad non-COVID causes and simultaneously business and commercial activities will plummet.

For the first time; in past sixty years it is expected that Asian continent will struggle to grow its GDP. In China, where COVID-19 first struck, industrial production fell by about 13.5%, and seasonally adjusted retail sales were down by 21%. Some sectors have almost completely collapsed. Car sales fell by 92%, and restaurants sales dropped by 95%. Goldman Sachs has predicted that the US economy could shrink by 24% in the second quarter of 2020, more than twice as much as any decline ever recorded.

For Indians too, the economic cost of lockdown continues to surge. According to Barclays Research, the loss of output due to shuttered factories and closed offices works out to about US$ 26 billion per week. This is far higher than the US$ 16.6 billion it had estimated in March, when the country-wide lockdown was first announced.

Flashback to a cleaner earth

A stressed planet has also given us some positive cues with this crisis. As cities and, in some cases, entire nations weather the pandemic under lockdown, earth-observing satellites have detected a significant decrease in concentration of a common air pollutant, nitrogen dioxide, which enters the atmosphere through emissions from cars, trucks, buses, and power plants. Environmentalists feel that carbon emissions may have reduced drastically and will continue to decline if commercial activities remain shut.

In Los Angeles, the air quality, which is usually among the worst in the nation, has turned into one of the cleanest compared to other major cities, according to IQAir. Even more impressive is the fact that the city has enjoyed its longest stretch of “good” air quality since 1995. Elsewhere in New Delhi, India, residents saw blue skies, which has become a rarity. Indian carbon dioxide emissions fell 15% in March, and are likely to have fallen by 30% in April. According to an NPR report, the lockdown has led to less air pollution and cleaner water. That has resulted in an Air Quality Index at 45 during late March and April. Around the same time last year, the index was at 160. Other cities that have seen cleaner include Beijing, Paris, and Phoenix.

Humans are resilient and entrepreneurial. We are perfectly capable of beginning again. If we learn from our failings, we can build a brighter future than the one that is currently in store for us. Let us embrace this moment of upheaval as an opportunity to start investing in resilience, shared prosperity, austerity, well being, and planetary health. We have long since exceeded our natural limits; it is time to try something new, otherwise the toll on humans and the planet could only get worse.

It’s a simple way to illustrate an economic system where the city doesn’t let anyone fall into poverty, while also living within a sustainable environmental footprint. Imagining a doughnut, the inner ring of the doughnut represents minimum standards of living, based on the UN’s sustainable development goals. This entails the basic essentials everyone needs to thrive, from food and clean water to gender equality and adequate housing. According to the model, no one should fall into the hole in the centre of the doughnut, which would mean they don’t have enough to afford basic needs. The outer ring of the doughnut represents the ecological limits of the planet, from biodiversity loss and air pollution to climate breakdown and pandemic outbreak.

Amsterdam is planning to implement their business policies which will juxtapose the UN’s sustainable development goal and also bolster the wheels of its economy. No doubt, new technology will be taking over the business environment, where less human intervention is required – like blockchain, artificial intelligence and machine learning. This approach will minimize the risk factor in future and help mankind prepare for any catastrophic scenario. Austerity will further make human lives more stable with less clash of interest between commercialization and nature.