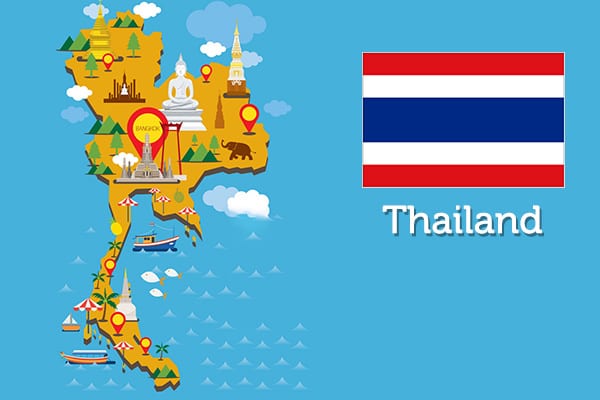 Thailand has been one of the most spectacular economic success stories as it moved from lower income to upper income status in less than a generation. The 1980s in particular brought immense economic growth and reduction in poverty levels for the country.

Since the late 1990s, however, the Thai economy has also proved to be vulnerable due to global economic shocks & volatility, socio-political tensions, natural disasters, and relatively low investment. Other challenges include aging population, persistent inequality and environmental degradation. In July 2014, Thailand approved a long-term Infrastructure Development Plan to boost the country’s competitiveness, by improving and expanding its logistics and transport networks.

Categorized as upper-middle-income status at present, Thailand seeks to reach higher-income status within the next decade. With its strategic geopolitical position and significance as the second-largest economy in the Association of Southeast Asian Nations (ASEAN), the country plays a major role in promoting regional cooperation and integration.

The Thai economy is heavily export-dependent, with exports accounting for more than two-thirds of its gross domestic product (GDP). In 2018, according to the IMF, Thailand had a GDP of US$ 455 billion, the 8th largest economy of Asia, posting a growth rate of 4.1%. 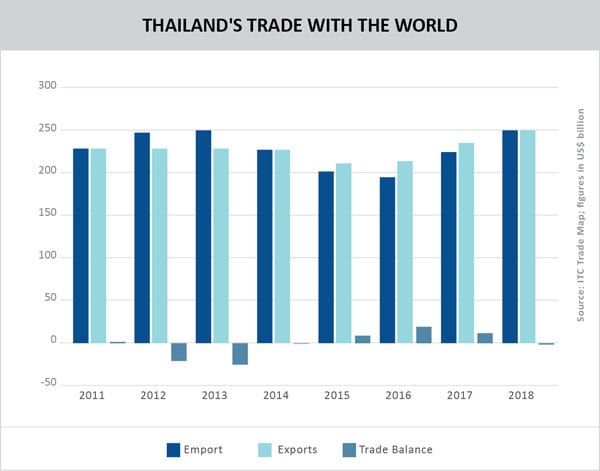 Thailand’s major trading partners as of 2018 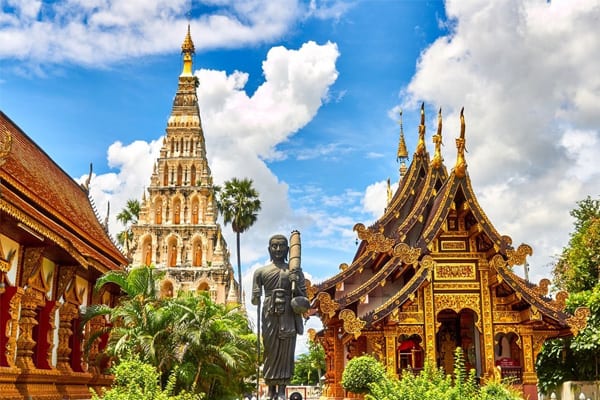 Thailand’s economic freedom score is 68.3, making its economy the 43rd most liberal in the 2019 Index. Its score overall has surged by 1.2 points, as a result of improved scores for property rights, business freedom, and government integrity. Thailand is ranked at 10th position among 43 countries in the Asia–Pacific region, and its overall score is above the regional and world averages for most of the economic indicators.

According to the WTO, Thailand had 245 non-tariff measures in force in 2018. The government has implemented measures to facilitate investment, but foreign ownership in some sectors like heavy industries remains capped. The financial system has undergone structural transformation, and the stock exchange is active and open to foreign investors. Since a small proportion of employed persons in Thailand are classified as employees, the labor share in value addition for GDP is quite low in the official national accounts.

Thailand’s GDP, in US$ billion 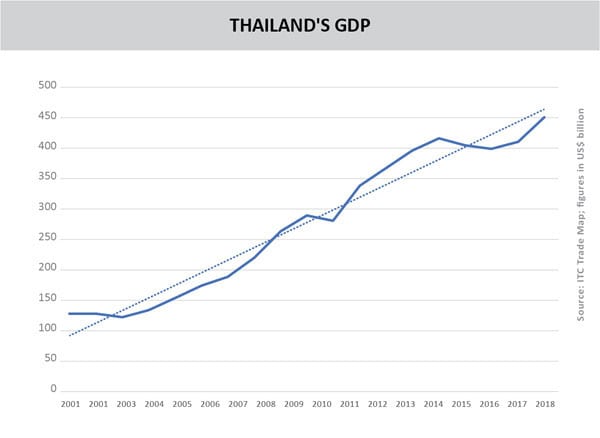 Bilateral trade in 2018 between India and Thailand remained at US$ 12.46 billion, with Indian imports from Thailand at US$ 7.60 billion and India’s exports to Thailand at US$ 4.86 billion. In the ASEAN region, Thailand ranks as India’s 5th largest trading partner after Singapore, Vietnam, Indonesia and Malaysia. The burgeoning ties between the two countries have reflected in the success of India-Thailand’s early harvest scheme and is further expected to bring greater integration among member countries; be it in the form of physical connectivity, economic links, cultural and educational ties. 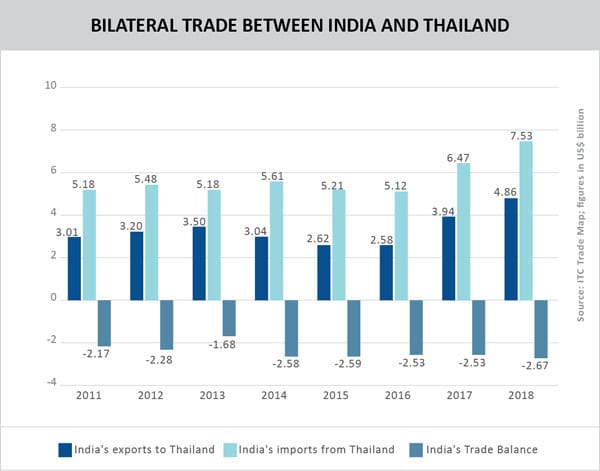 Thailand based companies see an immense potential in Indian energy, metals as well as infrastructural facilities. Over the decades, around 30 Thai companies are active in the field of infrastructure, food processing, chemicals real estate & hotel and hospitality sectors in India. The rapidly growing Indian market remains lucrative for Thai investors given the opportunities in green and brown field projects (due to liberal FDI policies of India) including energy, infrastructure and metals.