Coronavirus & food trade: Will an Indian recipe do the trick?

• The coronavirus scare shows no signs of abating so far, with 45,171 confirmed cases as on February 12, 2020.
• With China being the world’s leading exporter, countries across the world are staring at possible shortfalls in their import requirements across sectors.
• CATR analysed a large cross-section of products in the F&B sector to ascertain categories where India could step up to fulfill demand that China is unable to serve.
• Conversations with exporters in these sectors reveal few enquiries so far, but the situation could change if the business shutdown in China gets further prolonged.

The spread of the virus is having a debilitating impact on the movement of both people and business, with China obviously bearing the brunt . As the country extended its holidays beyond the Lunar New Year, factories have remained closed, denying essential supplies of raw material and intermediary goods to companies across markets. India in itself is reliant on China for critical inputs across industries, including electrical machinery, nuclear machinery, organic chemicals, plastics, pharmaceuticals, fertilizers and iron & steel. 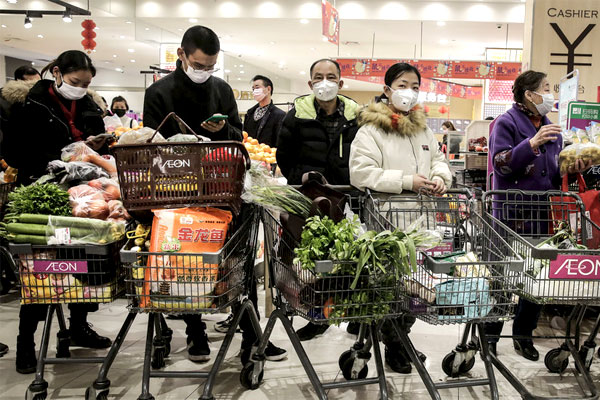 On the other hand, the situation also presents significant opportunity for Indian exporters to fulfil the demand shortfall in focus sectors, where they can possibly substitute China. The Centre for Advanced Trade Research (CATR) conducted an extensive research into such opportunities for India in the food products sector.

The team looked at the sectoral matches between India and China at the 6-digit level in agri-exports (HS Codes 1-24), based on data for 2018. The research defined a minimum threshold level in terms of annual exports of US$ 45 million (for China) and US$ 10 million (for India). The research reveals possible potential for substitution in the following product groups:

Insights from the Indian food industry

On interaction with some of the exporters in these sectors, we found that there isn’t much of a surge in actual enquiries so far. The one product that stood out in this regard is fresh/dehydrated garlic, where exporters have begun to see enquiries. Exporters told us that since buyers are known to sit on surplus stocks, they may still be in wait and watch mode. So there could be some traction in case supplies continue to be constrained till the end of February. India exported garlic worth US$ 3.4 million in 2018 compared to China’s US$ 1.41 billion. China supplies over 66% of the world’s garlic, which probably indicates why global buyers are feeling the impact of the supply shortage.

In the spices category, an official from an industry body also said that there is a possibility in chilli, ginger and seed spices (cumin, fennel, etc), which China imports from India and then re-exports with value addition. So with the supply disruption, India may be able to capture the value of that re-export directly.

Another category where there is some possibility and where enquiries have been received is sesame seeds/oil. India is ranked second globally in exports of this product after Sudan, serving 18.2% of global demand in 2018 (exports of US$ 530.7 million in 2018). China is relatively smaller on the global stage, with exports of US$ 78.8 million in the same year. So India could have a good opportunity to capture unmet demand in this product category.

India could also look at some value added food products that China exports, provided the capability and capacity is available. One example cited in our industry interactions was that of tomato paste, which has huge demand in India as well as global markets. However, China has a strong industrial capacity in terms of cold pressed tomato paste, which India lacks. 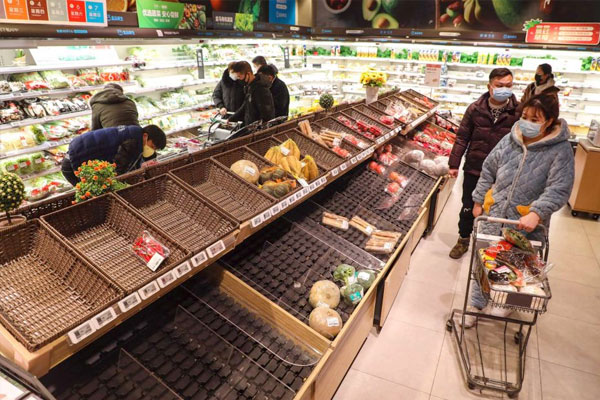 Similarly, while China is a major exporter of tea, there is a major divergence. India is a major exporter of black tea, while China is a global leader in green tea. India may look to expand its presence in the long run in green tea, as its demand is also rising in the domestic market. Data from FAO indicates that global green tea production will grow at a CAGR of 7.5% between 2018 and 2027, compared to 2.2% for black tea. In bulk green tea segment (packing > 3 kg), India exported US$ 14.1 million in 2018 compared to US$ 619.76 million for China. So even if China does face constraints in green tea on account of the epidemic, countries like Vietnam and Japan stand to gain more in this category, as compared to India.

Even on the issue of rice, a reduction in Chinese exports will not be benefit India. Vijay Setia, Director, Chaman Lal Setia Exports Ltd, comments, “India is not exporting much rice to China. Despite 19 companies getting approval, only around 100-150 tonnes of rice has been exported so far. So there is minimal disruption for rice players.” From his personal interactions with his contacts in China, Mr Setia reveals there is no disruption in business so far, apart from Wuhan.

The same is affirmed by Arvinder Pal Singh, Owner, Amar Singh Chawal Wale. But Mr Singh does admit that there is a problem in container availability and freight rates have increased by around 50% due to the shutdown in China. Some exporters have also talked about increased scrutiny in food products at customs, possibility of lower footfall in trade shows, negative buyer sentiment on food products and shortage in packaging material as immediate repercussions of the Coronavirus epidemic.

Overall, there seems to be little in terms of actual enquiries at present for Indian food exporters from our survey due to a host of factors – buyers holding buffer stocks, complimentary nature of products, lack of similar processing capacity and presence of better suppliers. In case the coronavirus impact continues for longer, however, there could be some diversion for India in commodities and some processed products, where it can step up as a supplier to address the shortfall from China.

Enquiry for Coronavirus & food trade: Will an Indian recipe do the trick?