The Food & Agriculture Organization defines contract farming as an agreement between farmers and processing and/or marketing firms for the production and supply of agricultural products under forward agreements, frequently at predetermined prices. 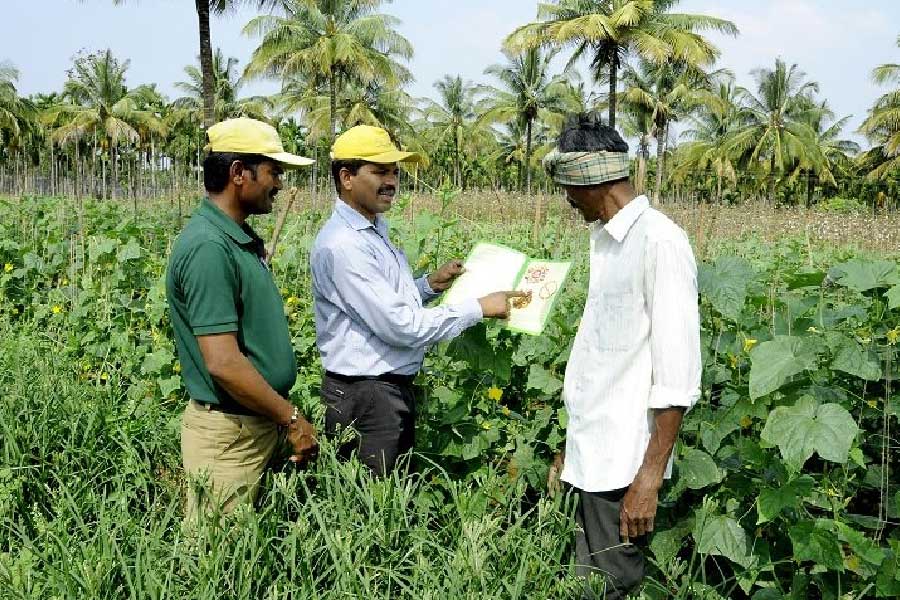 Contract farming is becoming an increasingly integral aspect of agribusiness. This partnership between agribusiness and farmers has existed since time immemorial. For example, in ancient Greece, the practice was widespread, with specified percentages of particular crops being a means of paying tithes, rents and debts. Similarly, in the first century, China also recorded various forms of share cropping.

The Food & Agriculture Organization defines contract farming as an agreement between farmers and processing and/or marketing firms for the production and supply of agricultural products under forward agreements, frequently at predetermined prices. It entails a commitment on the part of the farmer to provide a specific commodity in quantities and at quality standards determined by the purchaser and a commitment on the part of the company to support the farmer’s production and purchase the commodity.

FAO lists out various benefits that this form of agricultural practice has for its farmers:

At the same time, contract farming has a few disadvantages:

Meanwhile, the sponsors, too, need to weigh in their share of pros & cons. The advantages that it offers include:

Some of the disadvantages that it has include:

A study offers an empirical analysis of the impact of contract farming of apples and green onions on household income in Shandong Province, China. It concludes that contract farmers earn more than their neighbours growing the same crops. However, the study makes for a strong case for public policy to support the establishment and maintenance of contract farming, particularly where it involves small-scale farmers.

Recently, the Rajya Sabha approved the Farmer (Empowerment and Protection) Agreement of Price Assurance and Farm Services Bill, 2020 or to put it simply the Contract Farming Bill. It allows farmers to enter into a contract with agri-business firms, processors, wholesalers, exporters or large retailers for sale of future farming produce at a pre-agreed price. It enables marginal and small farmers, with land less than five hectare to gain via aggregation and contract. This is significant as marginal and small farmers account for 86% of total farmers in India.

The bill transfers the risk of market unpredictability from farmers to sponsors. It boosts farmer’s income as it brings down the cost of marketing. It grants them the chance to engage in direct marketing by eliminating intermediaries and get a better price realisation. However, the bill has been at the center of criticism because of concerns that it may weaken the bargaining power of the farmers. The sponsors may be averse to dealing with a multitude of small & marginal farmers, and also hold an unfair edge in disputes.