Azhar Tambuwala, Director, Sahyadri Farms believes that unless the horticulture industry embraces consolidation – right from production to food processing – it will not be competitive enough to fulfil its latent potential in export markets. 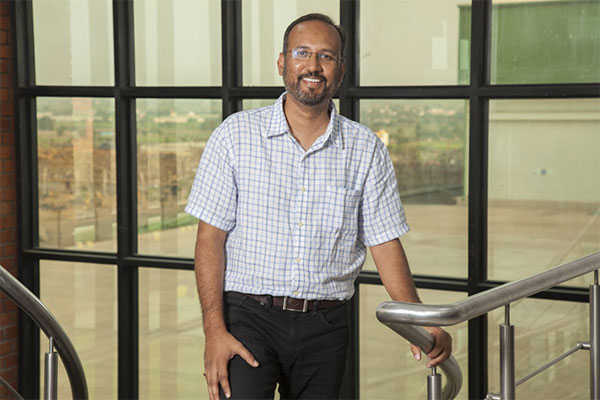 India is the world’s top producer for fruits like bananas, mangoes, guavas, lemons and papayas. Uttar Pradesh, Karnataka and Andhra Pradesh account for 34.1% of the total mango production in India. Banana production is led by Tamil Nadu, Gujarat and Maharashtra, while Andhra Pradesh, Gujarat and Odisha are the best performing states for papayas. Some areas with remarkable production of fruits include Nagpur (Maharashtra) Anantpur (Andhra Pradesh),  Nalgonda (Telangana) and Baramula (Jammu & Kashmir).

When it comes to vegetables, India is a leading producer of okra and the second largest producer of tomatoes, onions, potatoes, cabbages, brinjals, etc. Uttar Pradesh and West Bengal accounted for around 30% of total vegetable production.

However, in terms of horticulture exports, India’s performance is way below par. Its share in global horticulture exports amounts to a trivial 1.7% in vegetables and 0.5% in fruits. The Middle East & Europe are the key markets for fresh produce whereas, the US and the Far East are prominent destinations for processed horticultural products.

There are several reasons why India is not being able to translate its strengths in horticulture into gains in foreign trade. One of the reasons is that it does not have access to a important markets like the US, Vietnam, and Korea, which have banned the entry of fresh fruits and vegetables from India. Secondly, the situation in the Middle East is just the opposite: there are no real entry barriers and standards are not stringent. So, anyone and everyone can enter it and there is a lot of unhealthy competition. This creates problems with sustained profitability and is high risk. Thirdly, as opposed to the ME, the EU has high norms, like ensuring that the crops are residue-free and getting certifications from farm to factory level.

Couple all this with commercial challenges of volatile air and sea freight today or fuel costs, with costs of certifications and entry barriers, makes it difficult to compete internationally.

While these are commercial and market-related challenges, we are not able to capitalize on our rich horticultural produce because India is basically a land of small farmers. In foreign countries, farming is managed as a business where agronomists & marketing teams are involved right from cultivation to post-production involving better practices and technology.

In India, however, a farmer is typically farming for the purpose of sustenance and is not running it as a business. Marketing must be supported by integration at the back end. The need of the hour thus, is to consolidate, because it’s impossible for farmers to have huge land bank holdings due to the law as well as the division of property when handed down from generation to generation. It is only then that standardization and fair management can be brought into the production process where farmers coming together can take bigger and bolder decisions.

Further, only 7% of India’s fruits and vegetables are being actually processed. In comparison, 23% of fruits and vegetables are processed in China, while for Brazil it is 70%. What goes into cultivation is the ‘B’ & ‘C’ quality in India. This does not fetch returns as for ‘A’ quality. Owing to this, Indian farmers are not keen on growing crops for the processing industry, as it does not offer them a high return. This acts as a major deterrent.

In order to be competitive, the Indian processing industry needs to lower their own cost of production as well as that of growers, while offering fair prices to them. Farmers for reasons of sustenance, grow their produce for other fresh markets.

If these processing companies become farmer collectives, they can offer better prices to the farmers. It is only then that the food processing industry will grow in the country. Farmers will then be able to follow the norms of standardization and produce superior quality products for the markets, thereby offering premium returns. Conclusively, unless we are aggregators, we will not be able to support our farmers and bring the horticulture industry at par with its true potential.

You can heal yourself with spices
Tapovan Impex M.D., Mr. Vikas Makhija says while Indian...

Enquiry for Consolidation: The missing cog in Indian horticulture