Companies are the main actors in global trade today, instead of countries

Professor Manoj Pant, Director, Indian Institute of Foreign Trade, opines that the world has changed a lot, even though we’re still negotiating multilateral agreements on the basis of a pattern of trade that existed in the late 2nd half of the 20th century. Now companies are major actors in global trade, making investments a critical component of trade agreements. Moreover, trade is now dominated by intermediate goods, and the demarcations between services and merchandise trade are blurring. 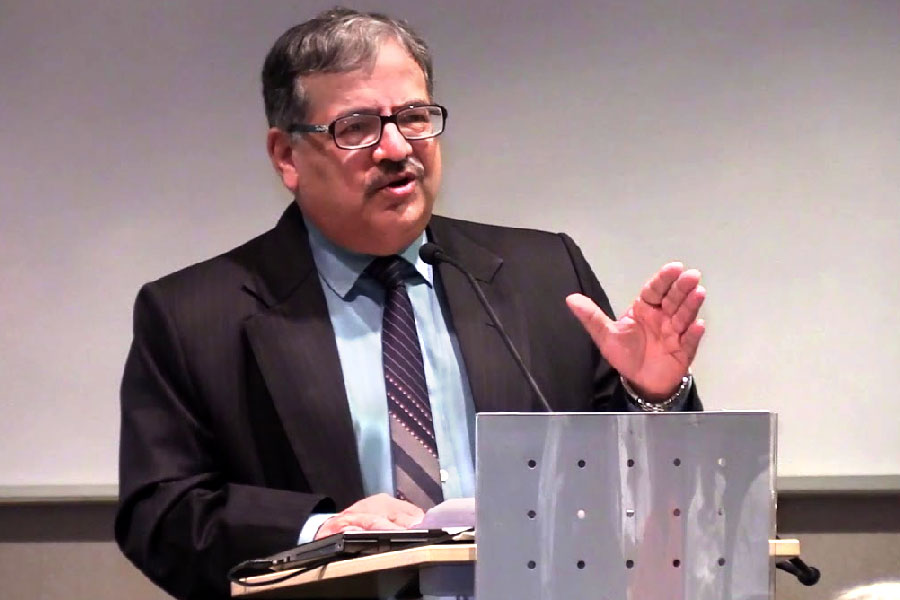 IBT: In your view, what has/have been the most defining and transformative impact(s) of the COVID-19 pandemic on global trade, which could potentially be more long term in nature?
Prof. Manoj Pant: According to estimates, the COVID-19 induced recession may lead to a 3-5% drop in world trade. In contrast, the decline caused by the 2008 financial crisis was only 1%. This significant dip caused by the pandemic is due to the overriding fear of people. There was a consensus that to prevent the pandemic from spreading, the movements of people need to be curbed, which led to a break in production.

India, especially, has been at the receiving end of this, because labour is much more involved in production than in developed countries where they have automation. The economic output of developed nations isn’t as seriously impacted. It’s hard to predict for how long this recession will last, since one doesn’t know till when this fear will influence people. Currently, various governments (e.g. US) are pumping in money to revive their economies. However, that didn’t yield much results. China, on the other hand, is showing signs of recovery because they have successfully tackled COVID-19. Developing a vaccine would definitely help in this fear’s annihilation. A V-shaped recovery is likely to follow post that.

The most defining and transformative impact of the pandemic is digitization. While demonetization & GST legislation also led to digitization, the scale of digitization caused by COVID is unparalleled. From banking to marketing to carrying out business operations – people are turning to digital options more now. Businesses are becoming more efficient as processes are getting expedited.

IBT: According to some industry bodies, COVID-19 will create a trend toward a more fragmented and protectionist global economy, with higher restrictions on trade, investment and technology transfers. How is this expected to impact trade dynamics and economic growth across developed and developing nations?

Prof. Manoj Pant: The world had started imposing trade restrictions since March 2020. Every country initially imposed export restrictions on hardware, medical hardware, PPE, ventilators and zero duty on medicines and pharma. So, Indian pharma companies did very well. However, soon there was this realization that these restrictions would create problems.

In reality, trade protectionism dates back to the commencement of the Trump regime (2016). But what is common is that the world still views China suspiciously; the pandemic has only increased this outlook towards China. Apart from this aspect, there is no change due to the pandemic in terms of technology transfers.

IBT: What factors will determine the relative pace of trade recovery across exporting countries? How do you view India’s post-COVID export performance (till September), potential and challenges in the coming quarters vis-a-vis other major developing countries?

Prof. Manoj Pant: India has done very well in agricultural exports, during the post-COVID period. While there are some new areas like medical devices, where India’s exports are doing fairly well; there are some traditional sectors where our performance might not be as good. This is because these other countries or the world have recovered much better than us in terms of GDP. The recovery of these markets would mean that our exports get a boost. Once the fear of the virus is gone, there will be faster global recovery.

The world has changed a lot though we’re still negotiating multilateral agreements on the basis of a pattern of trade in the late 2nd half of the 20th century. While in the 1960’s, countries were the main actors, now it is the companies that dominate global trade. Also, the kinds of commodities that are being traded have changed.

Instead of final goods, intermediate goods are being traded now. So, nature of trade, the kind of commodities we trade, the actors have changed. Therefore, we are going to have to re-think how we do multilateral negotiations. Since companies are becoming important, investments are an integral part of trade agreements. Also, the demarcation between services trade & manufacturing trade is disappearing. I also believe that the nature of WTO needs to be relooked at.

IBT: Recent WTO projections about the decline in global trade by 9.2% over its April projection of 12.9% shows optimism but the trade was mainly driven by healthcare and Covid-19 products. Which other product categories do you see driving trade growth as countries recover from the impact of lockdowns and why?

Prof. Manoj Pant: Healthcare and healthcare products like pharma, hardware, software have done well. The trade in hardware and software of pharma goods will remain. Eventually, the trade in other product categories will improve too.

IBT: Given the rising protectionism and lack of consensus, can we expect a more decisive shift to the bilateral/regional trade engagements? Given past experience, how should India adapt its approach to FTAs going forward and which partners should be prioritised?

Prof. Manoj Pant: No. The movement to plurilateralism began in the ‘90s and that has not changed. COVID-19 is a crisis, but it is not going to make countries sign more RTAs. In fact, RTAs are the response of every country to the breakdown of multilateral negotiations. If you can’t have safety in multilateral deals, then at least you will get safety in plurilateral deals. The Cold War ended and we don’t know where the next cold war is. So, everyone is looking for partners.

In the 2000s India started looking at economies for partnerships. It signed agreements with SAARC, ASEAN, Japan and South Korea. In all these agreements, we can see that partners have consistently lied, especially us. They said that we will start with commodity trade. It was only in 2015 that ASEAN countries agreed to even discuss services. This hasn’t been implemented till date. This is significant, as India does not trade much in commodities.

Now what is RCEP at the end of the day? RCEP was nothing but ASEAN plus six and China. The only new thing was China. Again, it is commodity trade. So, what is going to change? It is a way of bringing China through the backdoor into having a trade agreement. If India wants to do that, why don’t we negotiate with China directly? Why are we going through this roundabout route? India should be negotiating commodity trade with those countries that are our major trade partners, instead of ASEAN. In my view, these are Europe, parts of Africa, Middle East and the US.

IBT: What impact will the countries resorting to shortening their supply chains and making domestically-oriented policies have on operations of MNCs and consumers across the globe?

Prof. Manoj Pant: Any government can say that we are going to stop all Chinese imports. But how many have actually stopped? How many Chinese imports has India stopped, for example? India has reduced Chinese imports only where domestic substitutes are possible or strategically imperative, for example, some chemicals and APIs.

If the shortening of the supply chain makes your cost go down that’s fair enough. If it’s cheaper for me to make a component in India and give it to a car company than to import it, then I will do it. But I will not shorten the supply chain just because I can shorten it.

IBT: You said that India should try to have a trade deal with US. What are the prospects of this happening and could be the nature of such a deal so that it works in India’s benefit?

Prof. Manoj Pant: The only country we trade a lot with is the US. After China, they are our next biggest trade partners. In case of the US, the discontinuation of the GSP regime for India has put it at a disadvantaged position vis-à-vis other neighbours like Bangladesh and Pakistan. A lot also depends on the outcome of the upcoming Presidential elections in the US. But having said that, a bilateral agreement with US is a very dangerous thing. An RTA with it makes much more sense.

Given that Brexit is a game changer, India should also explore the potential of a trade bill with the UK, because they are also on the lookout for trade partnerships with third world countries.

IBT: Globally, countries are panicking on food security and hoarding food products. Being a leading food producer with a surplus, what opportunities does this provide India and how should it leverage the same?

Prof. Manoj Pant: India will always have a great advantage in agricultural exports. However, it doesn’t have ample land to bring more area into cultivation, unlike other major agricultural producers like the US, Canada, Brazil, Argentina & Australia having vast swathes of land.

Secondly, the country needs policy support to become the top agricultural exporter in the world. Take onions, for instance. We export them every year. There is a shortage one year and we stop exports and next year it is better, so we again begin exports. You can’t do exports on and off. You can do it mostly in local trade, but you cannot be a long-term supplier of, say, Spanish onions.

However, having said that, India will continue to be a leading exporter in some categories like spices (because they can’t be cultivated in temperate regions) Basmati rice & wheat (because there was a huge commodity surplus and therefore, unless we export, domestic prices are going to plummet).

Prof Manoj Pant is an Indian expert in International Trade. He is the Director of Indian Institute of Foreign Trade, since August 2017. Previously, he was a full-time professor at the Centre for International Trade and Development, Jawaharlal Nehru University, where he taught international trade theory. Views expressed are personal.

Enquiry for Companies are the main actors in global trade today, instead of countries