The Codex Alimentarius, or “Food Code” is a collection of standards, guidelines and codes of practice adopted by the Codex Alimentarius Commission, a joint body established by FAO and WHO in May 1963. These have been designed to ensure quality, protect consumer health and promote fair practices in food trade. 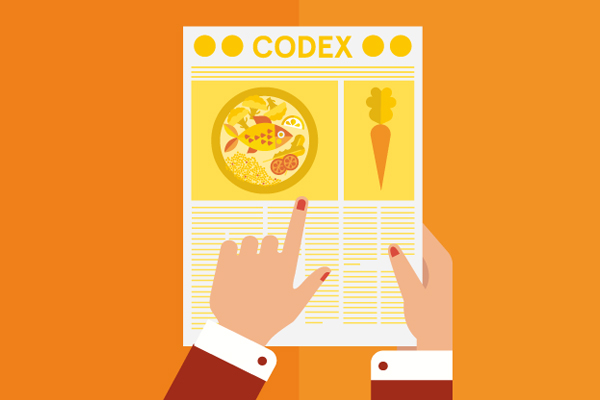 International food trade has been prevalent across human history spanning thousands of years. But until very recently, food was mainly produced, sold and consumed locally. Only in the last century, gl0bal food trade has grown at an exponential rate to be valued at around US$ 2 trillion annually, and today it encompasses a very wide variety of products.

Harmonization of food standards across the globe was envisaged to have fewer barriers to trade and a freer movement of food products among countries, which would be to the benefit of farmers and their families and would also help to reduce hunger and poverty. This need was recognized by international negotiators during the Uruguay Round.

The CODEX ALIMENTARIUS international food standards, guidelines and codes of practice contribute to the safety, quality and fairness of this international food trade. The standards build trust regarding safety and quality of food products in consumers. Importers also feel more secure that the food they ordered will be in accordance with their specifications.

The standards gain increased relevance due to growing public concerns about food safety issues. Some of the major points of contention include veterinary drugs, pesticides, food additives and contaminants. These standards are based on sound scientific inputs provided by independent international risk assessment bodies or ad-hoc consultations organized by FAO and WHO.

While being recommendations for voluntary application by members, Codex standards serve in many cases as a basis for national legislation.

Since its foundation in 1963, the Codex system has evolved in an open, transparent and inclusive way to meet emerging challenges. The Codex Alimentarius Commission and its subsidiary bodies are also committed to revision, as necessary of Codex standards and related texts to ensure that they are consistent with and reflect current scientific knowledge and other relevant information.