There is no denying the fact that OTT platforms have made a difference or, rather, a dent in the earnings of the theaters. But one must not forget that watching a movie on a big screen in a dark room with high-quality audio is an experience that OTTs cannot provide. So, though the growth prospects of OTTs are bright, they will complement cinemas rather than annihilate them, at least for the foreseeable future. 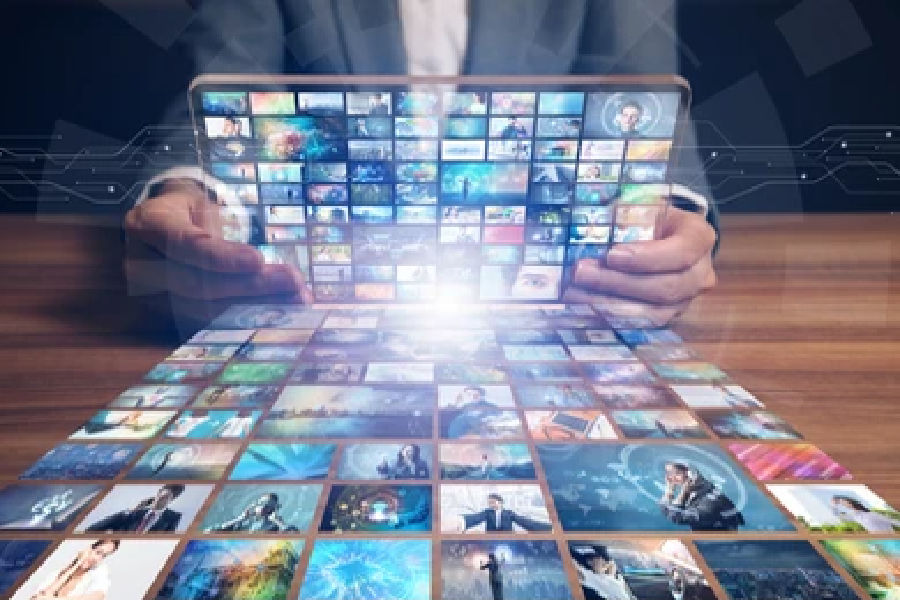 The COVID-19 pandemic brought changes to multiple facets of human life, and watching movies is one of them. During this period, when there were restrictions on movement, online platforms, or OTTs, emerged as a great source of entertainment. At the same time, viewers got accustomed to the many advantages of OTTs – low ost with multiple payment plans, the convenience of watching content at your own pace, the fine variation of content & movies being streamed on OTTs soon after their release.

Now, that the pandemic is under control and people are returning to the ‘old normal’, the theaters have opened their doors once again & several commercial successes have released on the big screen. Some of these include Jug Jug Jeeyo, Everything Everywhere All at Once & Top Gun: Maverick. Yet, there are various movies being made exclusively for the OTT platforms such as Cuttputtli, Samaritan, The Tomorrow War, Qala and Chor Nikal Ke Bhaaga. Hence, a question arising from this scenario is, who will finally win this tug of war? Will the comfort of watching movies from home gradually replace the thrill of going to the theater or will the two platforms co-exist side by side?

Why are OTTs becoming popular all of a sudden?

According to a report released by Media Partners Asia (MPA), OTT streaming video market in India is currently in its second growth phase with total revenues of US$ 3 billion in 2022. It also stated that India had 97 million OTT subscribers in March 2022. The study predicts India’s over-the-top or OTT streaming video market is expected to touch US$ 7 billion mark by 2027. Increasing daily hours of internet consumption, smartphone penetration, the rolling out of 5G in India and further reduction in data costs are some of the reasons for this.

The sudden success of OTTs is not because they have been doing anything special. It is because the movie producers realized that they had increased chances of success on OTT platforms compared to movie halls. This is because they can recover money, faster and that too quicker than getting their dues covered from theatres where they have to wait for the movie to perform well.

On the other hand, streaming services are banking on their popularity and reach to draw bigger stars. As these movie stars have a huge fan base, it allows OTT platforms to increase their subscriber base across regions. On the other hand, celebrities are drifting towards these mediums as they offer them a chance to be recognised across the country and even on a global scale. 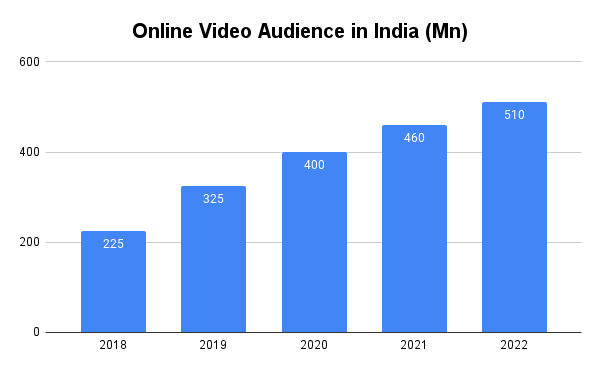 Keeping the subject of big-budget movies aside, these platforms have breathed a new life into the films that did not work in the theatres initially. For instance, a movie like Jallikattu, which was a relatively unknown Malayalam movie in the North, became a huge hit pan-India once it became available on these platforms. All in all, the main reason behind these platforms getting bigger and more popular is the diversity of content choices they offer as viewers get a chance to watch movies from across the world and in a different language. Case in point is, Money Heist, a Spanish show, which became a global sensation.

Why are OTTs investing in big-budget movies with big stars?

Atul Mohan, trade magazine, Complete Cinema’s editor, has a logical answer why OTT platforms are betting big on big-budget movies with A-List movie stars. He said that big stars help to generate an immense amount of marketing hype for OTT streaming platforms. This fact is even more evident if these films are slated for direct release on a specific streaming service. A lesson OTT platforms learned from bitter experience after they piggybacked several small films which failed to create any sort of public buzz.

However, other media industry experts have a different standpoint on this matter. They have unanimously stated that if the smaller budget movies of the A-list stars could be streamed directly to a million households at a negligible rate on a home device, then their movies might not do well in the future. This is because the general perception is that if OTTs become popular as a medium of film distribution, then why would viewers spend money on tickets for watching an upcoming film in the theatres? This could reduce the popularity of the movie and also impact the business of other bigger films that they have lined up for a theatrical release.

OTTs & the impact on the business of movie theatres

In the April to June quarter of 2022, Netflix lost around 1 million paid subscribers globally. Although they had performed far better than their prediction of losing 2 million, it was considered pale when they had 1.5 million subscribers added in the same quarter of 2021. As a result, the ARM or average revenue per membership in the Asia-Pacific region fell 2% YOY during the same quarter of 2022. This could be directly attributed to the drop in Indian prices in the previous December. A little while back, Netflix had also announced that Microsoft would become their technology and sales partner. This partnership has resulted in the development and launching of an advertising plan that is priced low and will complement Netflix’s existing subscription plans that will be launched in the early months of 2023. Not only that, but Netflix is also extensively planning to eke monetisation out of the 100+ million households that do not pay directly for the streaming service but are still consuming the content that is available on their platform. After all, the Indian OTT market generates revenue of US$ 820 million.

But there is one dampener in this regard. Indian filmmakers are employing the tried and tested strategies of Hollywood, where actors publicise the feature films for OTT and theatrical release. But is the Indian film market mature enough to gain from these strategic benefits? That is something only time can tell.

Will the cinema industry grow in OTT’s shadow?

Senior VP of Elara Capital Ltd, Karan Taurani, stated that OTT releases would only benefit OTT platforms in the short term as the financial condition is not favourable presently, but cinema will rebound strongly as the time between a theatrical and direct-to-digital premiere is around eight weeks. So, it is a win-win situation for both parties in the end because it is all about economics. But according to Monika Shergill, vice-president, content, Netflix India, the viewers will triumph in the end because they have exciting days ahead. After all, the performance will be better, and the content will have high quality. So, they will be the ultimate winners and shall enjoy the fruits of the labour of the filmmakers and the OTT streaming services.

To sum up, there is no denying the fact that OTT platforms have made a difference or, rather, a dent in the earnings of the theatres. However, one must not forget that watching a movie on a big screen in a dark room with high-quality audio is an immersive experience that OTTs cannot provide. Surely, they offer convenience, but when viewers want to watch a superhero movie or a mythological fiction like Brahmastra, would they not prefer going to the cinema for the experience? In the end, it is the audience who will decide the winner of this tug of war.

Enquiry for Cinemas: Eclipsed by OTTs?