Trade and commerce are essential to keep the world going. To keep pace with the rapid shift in businesses and improve efficiency in serving the business community, Certificate of Origin (COO) is an instrument facilitating trade and commerce worldwide.

The International Chamber of Commerce defines a Certificate of Origin “an important international trade document that certifies that goods in a particular export shipment are wholly obtained, produced, manufactured or processed in a particular country. They declare the ‘nationality’ of the product and also serve as a declaration by the exporter to satisfy customs or trade requirements”. 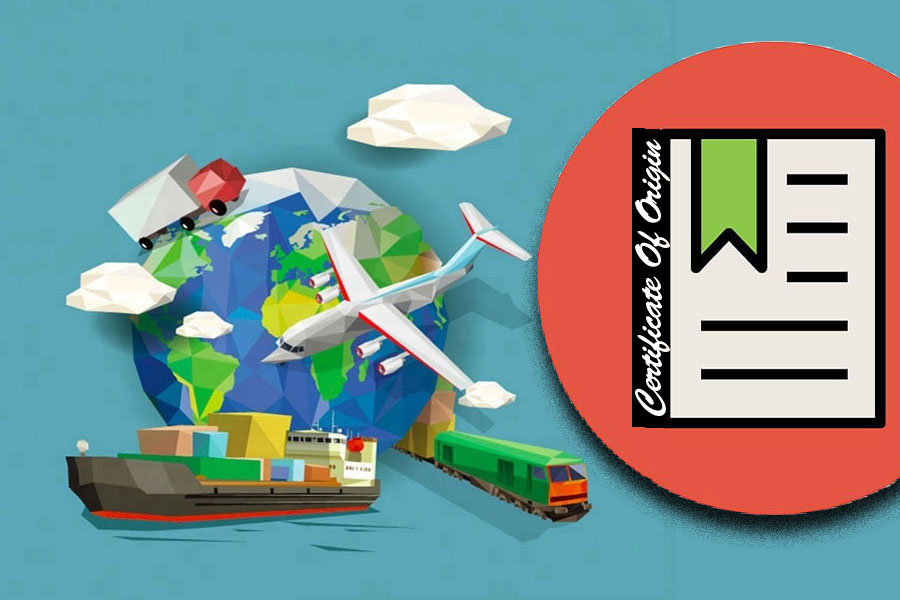 According to ICC, almost every country in the world requires CO for customs clearance procedures, as they are requested by customs, banks, private stakeholders and importers for several purposes. Usually, it is in the form of a statement attached to the commercial invoice, or a separate declaration, which gives a line item-wise list of the origin of all products.

They certify that the goods are subject to no preferential treatment. These are the main type of COs that chambers can issue and are also termed as “Normal COs”. The Indian government has recognized agencies* across the country to issue COO as per Article II of the International Convention Relating to Simplification of Customs Formalities, 1923.

They certify that goods are subject to reduced tariffs or exemptions when they are exported to countries extending these privileges. These tend to be closely associated with Regional Trade Agreements. Following are some of the preferential COO arrangements that are/have been applicable to India.

Through this non-contractual instrument, industrialized (developed) countries unilaterally and based on non-reciprocity, extend tariff concessions to developing countries. Currently, the following countries extend tariff preferences under their GSP Scheme: USA, New Zealand, Belarus, EU, Japan, Russia, Canada, Norway, Bulgaria and Switzerland. But the US has w.e.f. 5 June 2019 withdrawn India’s GSP benefits on the grounds that it was preventing equitable and reasonable access to its market. This goes against the essential basis of non-reciprocity in the GSP.

The treaty establishing the Global System of Trade Preferences (GSTP) among developing countries was signed on 13th April, 1988 at Belgrade. It entails tariff concessions exchanged between developing countries. India has this agreement with 12 countries at present and on a selected range of products.

The Agreement on SAARC Preferential Trading Arrangement (SAPTA) was negotiated in the year 1993 to foster economic co-operation among developing countries in South Asia.

This Free Trade Agreement is between the governments of India and Sri Lanka which offers tariff concession. Export Inspection Council is sole agency to issue Certificate of Origin under this agreement.

This treaty is between Government of India and Malaysia. Export Inspection Council is the sole agency to issue Certificate of Origin under this Agreement, with effect from 1st July 2011.

The Government of India and the Republic of Korea have inked the Comprehensive Economic Partnership Agreement (CEPA) to liberalize and facilitate trade in goods and services and expand investment between the Countries. Export Inspection Council is the sole agency to issue Certificate of Origin under this Agreement.

*Note: Trade Promotion Council of India provides online non-preferential Certificate of Origin (e-COO) to its members. This eCOO facility is also available to CHAs for effecting the shipments of their client exporters.

Enquiry for CERTIFICATE OF ORIGIN (COO)