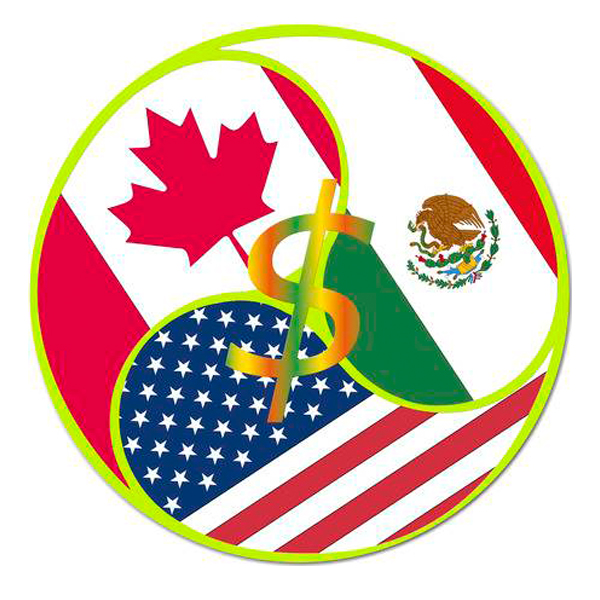 It is now Canada which is mulling over trade talks with the USA after a decision was taken to overhaul the existing trade pact by Mexico and the USA. Canada rejoined face-to-face negotiations with the United States and Mexico after the two continental partners reached a deal that has raised fresh concerns about the fate of the North American Free Trade Agreement.

Initially the U.S. and Mexico announced a bilateral deal after weeks of talks between just these two nations. Under the proposed agreement with Mexico, cars will be required to have 75 percent of their content originate in the U.S. and Mexico. The current NAFTA requires that 62.5 percent originate within North America. Under the new deal with Mexico, 40 percent to 45 percent of auto content would have to be made by workers earning more than $16 per hour, a condition that favors the U.S. and Canada, but undoubtedly not Mexico.

Canada may see it optimistically, but what could be at stake are the existing Canadian trade policies that protect its farmers. Aggravating this situation, USA is compelling Canada to make this liberal. Some American dairy farmers have criticized about Canada’s steep tariff on dairy products, which averages 249%. Apart from this The American Farm Bureau has lobbied for a rewrite of NAFTA to abolish or reduce Canadian tariffs on dairy, poultry eggs and wine, as well as recently implemented barriers to imports of ultra-filtered milk. This makes cogent that US administration wants open market access for dairy products aggressively.

Though Canadian officials approbated the changes which were brought by the USA and Mexico on NAFTA’s rules for car content, but this signals a languid support. This cynical situation aroused as Canada had been sidelined for months while the officials from the other two countries were addressing issues over auto manufacturing.

Canada is United States’ second largest trading partner after China. During last year, $341 billion of American merchandise goods and services were sold in Canada. About $332 billion of Canadian goods and services were exported to the United States. As dairy’s share makes up a small amount of the trade, trade experts in TPCI don’t anticipate that the changes proposed in the preliminary deal between Mexico and the United States would upset Canada significantly.

It would require more car parts to be made in North America, and to be made by workers earning at least $16 an hour. That could shift some manufacturing from Mexico to Canada. US administration lead by Trump is in mood of anarchism, as he was ready to start the process of terminating the trilateral trade pact with Canada and Mexico and replace it with bilateral trade pact with Mexico. The USA and Mexico also settled on issues such as intellectual property, digital trade, labor, financial services and Mexico’s de minimis threshold for duty-free online sales that cross border.

In addition, the new deal would expire after 16 years with reviews every six years. Canada had rejected an earlier US proposal that NAFTA 2.0 be renegotiated — or sunsetted, in trade lingo — every five years. Many developed economies have trade policies in place to protect their own agricultural industries.  Thus Canada will be ready with the counter argument to argue that the United States has high tariffs on some products, too. Overall this is just going to delay the talks but it won’t be a massive disruption to existing trade.

India is one of the top suppliers of automobiles, especially small segment passenger vehicles to Latin American economies including Mexico. If 75% of value has to be NAFTA native, then Indian automobile exports might get replicated in coming couple of years. This might worry auto manufacturers and policy makers. Henceforth expediting trade negotiations with Mexico may be prioritized, as automobile exports especially small passenger cars is our forte.