Mustard, the most prominent winter oilseed crop of India has again come to limelight as a possible solution to India’s huge import dependence in edible oils. A resultant of two species cross bred Varuna and Early Heera-2, DMH-11 has shown 28% higher yields than the parent Varuna, 37% better than local varieties in trials conducted by ICAR over a period of three years. 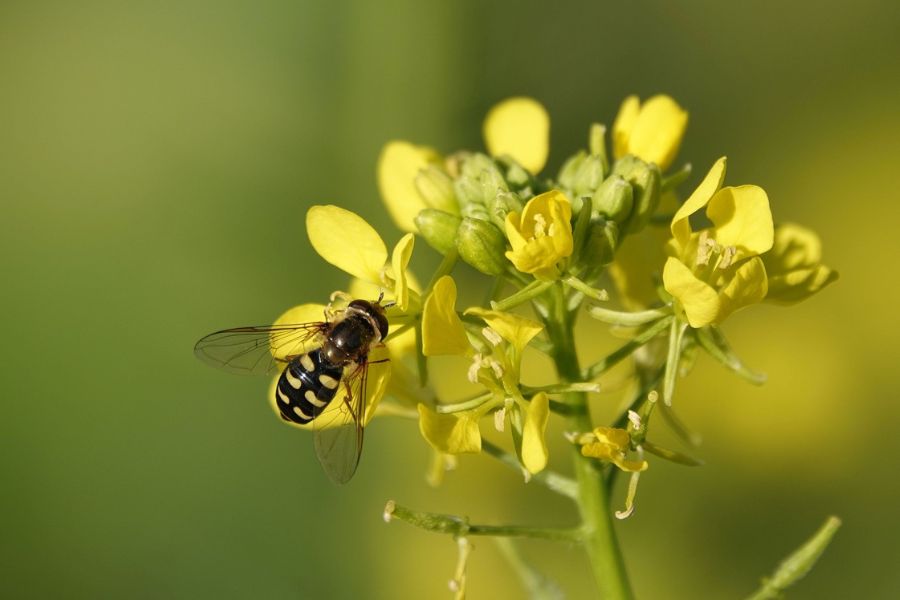 Image by Uschi Dugulin from Pixabay

Depite being the 4th largest oilseed producer in the world, and 3rd largest oilseed exporting country with US$ 680.99 million value of seed exports from April-October 22, India imports about 60-65% of its total domestic demand for edible oil. Domestic oil production has increased from 110.1 lakh tonnes in 2017-18 to 126.4 lakh tonnes in 2021-22, according to the Oilseeds Division, Department of Agriculture and Farmers Welfare. Imports have in fact decreased from 154 lakh tonnes to 140.7 lakh tonnes during the same period, but are still significant. It is estimated that imports will still remain around 72 lakh tonnes by 2030-31, valued at Rs 70,000 crore.

According to recent trade estimates from Ministry of Commerce and Industry, vegetable oil imports have increased by 20.75% YoY (April-October) in 2022, accounting to a value of US$ 12.68 billion from US$ 10.5 billion in 2021. The “Yellow Revolution”, launched in 1986-87,was one of the pivotal initiatives by the country to achieve self-sufficiency in edible oil production. India fulfils its edible oil demand mainly by importing palm oil from Malaysia and Indonesia, sunflower oil from Ukraine and Russia and soybean oil from Brazil and Argentina. With an aim to make itself ‘atmanirbhar’ in edible oils, India announced a new centrally sponsored scheme, The National Mission on Edible Oil-Oil Palm (NMEO-OP). The scheme will help boost domestic production of palm oil by three times by 2025-26.

Mustard (Brassica Juncea), with various nutritional benefits, belongs to the group Cruciferae, with several cousin species cultivated majorly in the northern plains of India. It is cultivated across an area of 6-7 million hectares, predominantly in Rajasthan, Haryana, Punjab and Madhya Pradesh.

The Genetic Engineering Appraisal Committee (GEAC), India’s regulator of genetically modified plants and food products, has approved the environmental release of Dhara Mustard Hybrid-11 (DMH-11), a genetically engineered variant of Mustard developed by researchers at the Centre for Genetic Manipulation of Crop Plants, at the University of Delhi. A resultant of two species cross bred Varuna and Early Heera-2, DMH-11 has shown 28% higher yields than the parent Varuna, 37% better than local varieties in trials conducted by Indian Council of Agricultural Research (ICAR) over a period of three years.

Scientists support having better hybrids to meet India’s rising edible oil import bill. Hybrid mustard and rapeseed are the dominant forms of oilseeds in Canada which is the largest exporter of mustard seeds, accounting for US$ 93.44 million in 2021. India had a share of 9.2% in the over-all world exports of mustard seeds in 2021 (HS 120750). 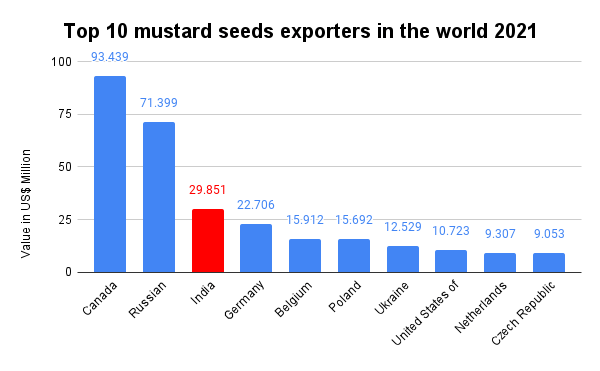 A critical approach to finding a way out from huge edible-oil import dependence is the need of the hour for India. GM Mustard is expected to boost the domestic production and decrease import dependence but being tolerant to herbicide called glufosinate- ammonium is still a matter of debate. Activists however allege that it might pose potential risks. According to them the new variant can dissuade bees from pollinating the plant and knock-off environmental catastrophes. The Government hastold the Supreme Court that genetically modified (GM) mustard will help realise self sustenance for India in edible oil production, and go a long way in realising the vision of ‘Aatmanirbhar Bharat’. The Ministry of Environment, Forests and Climate Change further stressed that regulatory authorities of the US, Canada and Australia have allowed the cultivation of GE rapeseed containing bar, barnase and barstar genes.

Enquiry for Can Mustard fix edible oil imbalance in India?