“Business relocation will be easier post-COVID-19”

Graciela Chichilnisky, Professor of Economics at Columbia University and co-founder & CEO, Global Thermostat, feels that technology and climate change could be major considerations for businesses planning relocation amidst the present COVID-19 led disruption of global supply chains. She further adds that protectionism could be replaced by pro-immigration policies soon in the case of developed countries, since they are facing an immediate risk in terms of declining populations. 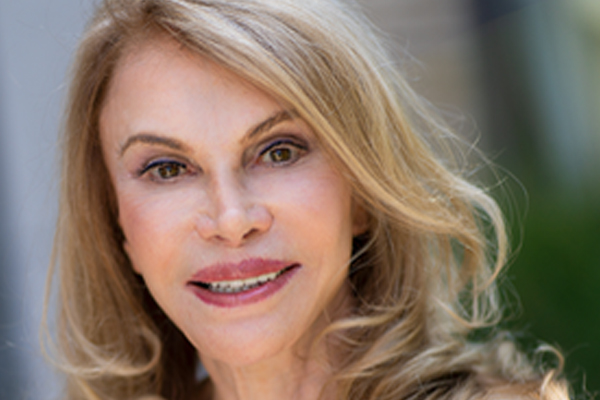 TPCI: How has the COVID-19 pandemic impacted global value chains for businesses? And what is your view on the prospects of restoration of these value chains post-pandemic?

Prof Graciela Chichilnisky: Well the pandemic has clearly disrupted just about all value chains for businesses. There are very few cases where there was no disruption. Even if a particular business is operating like a pharmacy or Fedex, still most businesses have a disruption in their value chains. This is the longest impact I would expect on the economy in terms of restoration of these value chains. There are good prospects but it will take time, since there are different areas like transportation, delivery services, food, etc. In some cases, restoration will be faster than others, but for the organisation, it is a problem.

So what the pandemic has done apart from the enormous numbers of deaths and suffering, is create a lot of disorganisation in the economy. I do not expect things in the economy to begin turning normal until the beginning of next year.

TPCI: There is a sudden obsession across the world with respect to reducing dependence on China as a sourcing destination. How feasible is this and to what extent? Also, what should be the strategic approach for countries looking to do so?

Prof Graciela Chichilnisky: In a way, diversification from China is actually inevitable, given a couple of issues. One of them is the connection with the pandemic. But there are also challenges wrt the issues that are happening in Hong Kong, which lead nations to think twice about China. That’s a real pity because China was fulfilling a very important role in making the world economy more efficient. They are very well organised and with lower costs. In a way, that is a loss for everybody. But it seems more or less inevitable at least in some areas like medical. In other areas, it may be a different story. So I think that it is not uniform on the whole.

The strategy for players will be to divide the market into different verticals and identify the sectors where you are required to reduce dependence and where you don’t.

TPCI: What will be the major challenges for businesses looking for relocation in the aftermath of COVID-19? How should they address these challenges?

Prof Graciela Chichilnisky: I actually think the relocation of businesses is easier now than it was before COVID-19. There is less competition for space now, so the costs are going to decrease, because the demand for business locations is decreasing. Businesses have to view this on a case-to-case basis. In some instances, it may be a very favourable time to relocate.

The difficulty in my view will be the logistics that are connected to the architecture and spaces within businesses. If you moved to a new space pre-COVID, it was possible to have any number of workers in a certain space. But now, due consideration has to be given to ensure spacing between workers, at least until the pandemic eases.

In previous pandemics of this nature, it has been seen that even if nothing is done – there is no vaccination or medicine found – the virus effect many times (not always) weakens over time and disappears. This happened with the Spanish Flu in 1918. But in other cases like SARS and malaria, it did not become easier over time. Generally speaking, in cases of flu, the impact of the virus generally weakens once you get herd immunity over around 2 years. So considering that the virus actually started proliferating in the beginning of 2020, you have to wait till the end of next year till some of that herd immunity makes sense.

Some viruses simply decline in importance after a period of time, but some not so much. Poliomyelitis, for instance, became less prominent and frequent, but the impact never weakened. It was always quite tragic and very powerful until the vaccine was tested and found successful. There were many failures and a huge span of time before it was overcome. Some people are thinking that the current virus is closer to Poliomyelitis because of the highly contagious impact and what appears to be the large range of symptoms.

TPCI: What will be the important considerations of American companies while choosing their relocation destination in terms of factors like business environment, policy orientation, infrastructure, labour laws, market, etc?

Prof Graciela Chichilnisky: As far as I know, the relocation may be facilitated, almost surprisingly, by the pandemic because of less demand for space, lack of competition and generally depressed economic activity. Many businesses have either closed down or could go bankrupt, leading to more space being available now.

My general view is that the technology business has become more attractive. Technology is the only way in which we have been able to continue the little economic activity that we have now through essentially remote access, remote communications, working remotely, etc. Technology will mark a major change in the manner in which work is organised, because, by necessity, we are doing everything remotely now. Some of that will stick, and that will mean a lot of rearrangement of the population, so that remote working will become more the norm. With respect to international trade, technology business will continue to be very attractive as compared to other businesses that require shipments.

Climate change issues are also going to increase, because COVID-19 virus is a small version of climate change. Actually, climate change is a malfunctioning of the carbon cycle. This means that the earth is emitting more and absorbing less CO2. COVID-19 is a sickness of the respiration cycle, because it attacks the parts of the lungs that exchange CO2 for oxygen.

So I am expecting that there will be a higher consideration of environmental issues of that nature, as we will become aware of how lethal the situation is.

TPCI: How do you expect global trade dynamics to change post-pandemic? What could be the top barriers with regard to policy environments across countries – protectionism, regulation, non-tariff barriers, port closures, etc? How will the crisis change the approach of countries to bilateral and regional trade agreements? What agenda points could get more prominent during negotiations?

Prof Graciela Chichilnisky: Protectionism that is connected to nationalism is still very active. I expect that the failure of the most virulent forms of protectionism will eventually change the situation. For example, Bolsonaro in Brazil was elected on a platform of nationalism. But he is in a very strenuous situation and his government may not survive. We have a similar situation in Israel. There is of course the situation in Russia and the US as well. To the extent that nationalism and protectionism are connected, the tide will change but not immediately. It is required that such protectionist leaders are exposed and fail.

What I think is going to happen is that many nations cannot survive without immigration. They need it to maintain the level of population that they have now. UN projections show that unless immigration increases, most developed nations are going to decrease their population. When the population decreases rapidly, there are going to be a series of negative effects that people are not even thinking about. And that’s about to start now. Very soon we are going to see a turnaround where the most nationalistic, anti-immigration governments are going to be pushed aside in favour of policies in favour of immigration to maintain a country’s level of population. This is not discussed in economics, but it is true. UN figures confirm that the most developed nations are now in a negative population growth. So I see the tide changing.

COVID-19 will, in practice, weaken bilateral and regional trade agreements by requiring exceptions or “case-by-case” considerations in different sectors or circumstances.  It may, in practical terms, weaken consensus in the WTO.  This happens to agree with populist regimes’ objectives.

Dr. Graciela Chichilnisky is a Professor of Economics and Mathematical Statistics at Columbia University, and Director of the Columbia Consortium for Risk Management.  She is also co-founder and CEO of Global Thermostat, and co-creator of a carbon removal technology that can reverse climate change. The technology was chosen by MIT Technology Review as one of the Ten Breakthrough Technologies of 2019, curated by Bill Gates. In addition, Global Thermostat was named one of the top ten most innovative companies in energy by Fast Company and Dr. Chichilnisky was selected by International Alternative Investment Review as the 2015 CEO of the Year in Sustainability. In 2019, Global Thermostat and ExxonMobil signed a joint development agreement to advance breakthrough technology to scale up to the removal of 1 gigaton of CO2.

Chichilnisky worked extensively on the Kyoto Protocol, creating and designing the carbon market that became international law in 2005. In 2017, she was selected by the Carnegie Foundation for their prestigious Great Immigrant, Great American award and, in 2018, she was awarded the Albert Nelson Marquis Lifetime Achievement Award.

Chichilnisky holds Ph.D. degrees in mathematics and economics from MIT and the University of California, Berkeley. She is the author of more than 300 scientific articles and 13 books, including Saving Kyoto, which won the American Library Association’s 2010 Outstanding Academic Title of the Year and the American Geographical Society’s Book of the Month Award in October 2009. She acted as the lead author on the Intergovernmental Panel on Climate Change, which received the 2007 Nobel Prize for its work in deciding world policy with respect to climate change.

Enquiry for “Business relocation will be easier post-COVID-19”