Global trade is a conglomeration of complex mechanisms. It is subject to huge costs and stricter regulations. It also requires frequent development of technology in foreign trade. This blog introduces how such problems can be solved with the introduction of blockchain technology. 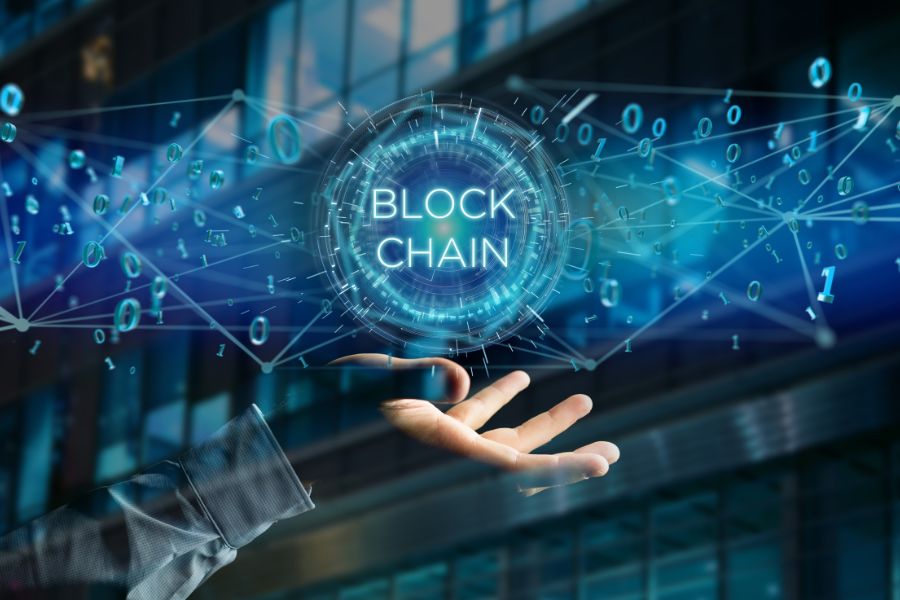 The international trade market has marked a rise of about US 7.7 trillion dollars as of the first quarter of 2022. Despite the disruption caused by COVID-19 and the Ukraine-Russian War, global trade has somehow held its fragile position, though at the cost of rising commodity prices and tightened policies. To accentuate this further, global trade is challenged by the implementation of outdated technologies. The execution of the international contracts and the trading mechanism as well as the payment system in the global market has been affected by operational inefficiencies due to heavy dependence on manual processes and documentation. This leads to limiting the advantage of open trade and globalisation across the market.

Over the past few years, many businesses in the foreign trade market have attempted to simplify the technological fundamentals involved in the transaction. But the emergence of blockchain technology as the primary solution to most of the issues in international business can bring about a spur in the global market through smoother operations, efficiency in cross-border transactions, and standardization of the business.

Blockchain has been defined as a decentralized system that enables the involved parties to independently build a network and store the required information. The entire database is built and encrypted with the help of complex algorithms that intend to simplify data security and integrity of the information. This technology is therefore a source to indemnify the complex process that the companies and startups today have to keep up with to be in the business. The underlying principles of blockchain technology involve decentralization and disintermediation, transparency of data, immutability, consensus in the trade as well as reliability and trust.

The international market has huge stakes involved in terms of business and the development of the entire global market. However, the lack of coordination among importers and exporters as well as a non-streamlined payment system has the potential to dismantle the growth and development of the entire global economy, if the intermediate processes are not fixed in time. This can now be curtailed with the introduction of blockchain technology, as believed by many experts as well as international trade commissions. Let us see how:

Impact of blockchain on cross-border transactions

Blockchain is considered to be a holy grail in terms of the increase in cross-border transactions after the adoption of the respective technology in the international forum. The international cross-border payments are predicted to reach about US$ 156 trillion by the end of 2022.

The following graph signifies the growth in cross-border transactions across the past years due to the digitisation of streamlining payment processes. 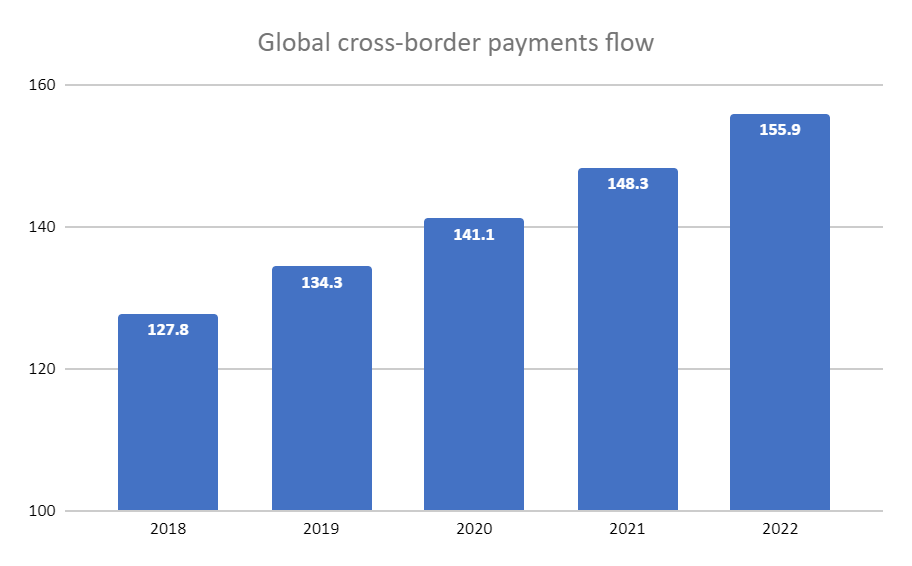 Source: Ernst and Young (All figures in US$ trillion)

As we can observe in the above graph, the cross-border transactions, when traditionally done in 2018 stood at US$ 127.8 trillion and now have shown tremendous growth by bringing it up to US$ 156 trillion. The reason behind the significant growth is an adaptation to market trends by the G20 countries.

Through the implementation of Blockchain technology in payment systems, transaction fees involved in such international transactions have also been lowered, and thus, attracting larger participation across the globe. Now even the major financial corporations in the world forum have taken their steps to move ahead in the international financial market by adapting to the use of blockchain, specifically for their pilot transactions. Not only the corporates but the governmental organisations have also steadily moved towards the technology for financial settlement and enhancing legal frameworks across the globe.

From cross-border transactions to customs clearance, transportation and logistics, blockchain technology has myriad applications in making global trade smarter. This makes it a powerful tool in the hand of MSMEs across the world to increase their footprint in global trade as this technology eases the barriers to trade. However, these opportunities can only be realized if they have access to the right technical know-how and internet access. Further, advanced technologies, in particular the rise of quantum computing, could pose security challenges for this technology. Post-quantum technologies can be a way to safeguard blockchain from such risks. Lastly, a comprehensive global legal system, devised by global trade bodies like the WTO, needs to be in place to ensure transparency and efficiency of this technology.