• The global aviation industry is facing a question of survival in the present milieu, with passenger travel at a virtual standstill.
• The latest estimate by IATA predicts a loss of US$ 314 billion for the sector globally, which puts around 25 million jobs at risk.
• A prolonged U-shaped recovery is predicted to be the most likely scenario for global aviation. Even after recovery, there will be severe operational challenges to meet, which heightens probability of government takeovers, bankruptcies and acquisitions.
• On the positive side, the present crisis can be viewed as an opportunity by the entire aviation industry to shift to more operationally and environmentally sustainable business models. 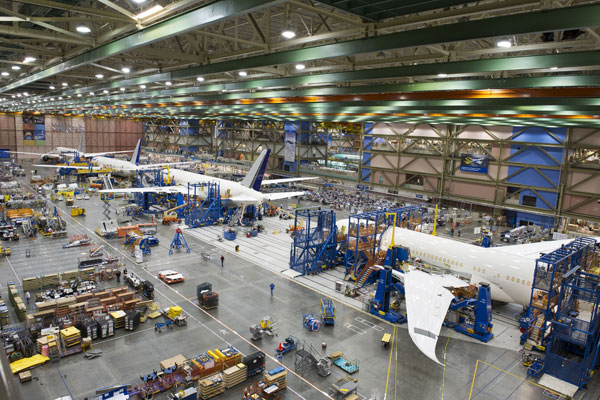 A tryst with crisis is not new for the aviation sector in any part of the world. Neither are mergers & acquisitions or bankruptcies. This is true for a number of reasons. Firstly, airlines are highly vulnerable to exogenous events, be it terrorism, political instabilities or natural disasters. They also have high fixed and variable costs, particularly with respect to aircraft purchase/lease payments, huge employee payrolls and volatility in aviation turbine fuel (ATF) prices.

Aircrafts are also not the kind of assets that can be reallocated for other purposes in lean periods. Moreover, the presence of a number of players, including loss-making carriers (which stakeholders sustain for numerous reasons); power of online bookings, and hard-to-meet customer expectations on service and experience make it difficult for players to have too much pricing power.

Understanding this context is essential for analysing the prospects of the aviation sector in the coming months, as the uncertainty over the Covid-19 pandemic shows no signs of abating.

No bottom in sight

The International Air Transport Association (IATA) has been regularly projecting and re-projecting the extent of the loss of the pandemic on the sector. In its latest estimate given on April 14, the association predicted a loss of US$ 314 billion in global aviation revenues, dropping by 55% YoY, along with a drop in passenger demand by 48% YoY. This estimate is higher than the previous one of US$ 252 billion on March 24, for the following reasons: 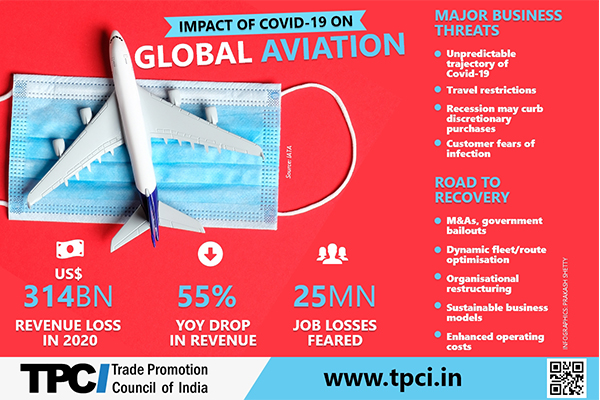 IATA predicts that the crisis threatens around 25 million jobs globally at present. The overall drop in global GDP by 6% (compared to 2% during the peak of the Global Financial Crisis) and the severe travel restrictions are further expected to dampen the demand for travel in the coming months.

According to CARE Ratings, air passenger traffic for India is expected to decline by around 30% in the present fiscal compared to a previous estimate of 20-25% negative growth. Besides this, air fares are also expected to rise, as airlines will be compelled to adhere to social distancing guidelines.

Passenger volume growth stood at 13.7% in the fiscal year ending March 31, 2019, whereas it increased by 3.7% during the April-February period of 2019-20. Metros are the worst-affected as they account for more than half of the passengers. Add to this the fact that the summer season, which is normally a peak season for airlines, will be a non-starter this year.

Beyond these factors, consumers are obviously expected to self-restrict air travel where possible, considering the heightened risk perception.  This is confirmed by a survey commissioned by IATA of recent travellers, which found that:

At present, the situation in China and Australia provides some indication of how the road to recovery could be quite protracted and difficult for airlines. The reduction in new COVID-19 cases to zero in China did lead to an initial spike in demand, but the number of domestic flights flattened at 40% of pre-COVID-19 levels after the first week of March. Even these flights are reporting significantly low load factors. Similarly in Australia, although the rate of new infections is quite low, total domestic flights are still around 10% of pre-COVID-19 levels.

Reinventing aviation in a post-COVID world

As precedent shows us, past crises have generally been followed by a spate of mergers and acquisitions and government support. But this crisis is deeper. Besides the fact that both the trajectory of the virus and the extent of the lockdowns are unknown, policy actions by governments across the world could actually make revival harder.  Factors like restrictions on travel, procedures like quarantining, certifications, health screening at airports and social distancing in aircraft seating could mean difficult return to work environment.

Further complications arise due to passenger response to the crisis. Besides government restrictions, passengers may choose to self-control the urge for non-essential (especially long haul) travel, both due to pessimism on economy and the fear of infection. There could be a major reorientation towards virtual meetings to the extent possible in the initial phase, even if lockdowns are eased.

Boston Consulting Group envisions four different scenarios for recovery of the aviation sector. The first one is the least probable – a V-shaped demand recovery within 3-6 months. Among all scenarios, a prolonged U-shaped recovery is deemed the most probable, stretching for 12-18 months. The assumptions here are a slow, gradual decrease in rate of new cases and deaths, several months of lockdown, slow opening of borders and continued travel restrictions. This also implies an economic recession, with its fallout on consumer confidence, economic recession and travel distributor failures.

In cognisance of how the various scenarios play out, airlines may have to undertake massive optimisation of their fleets. The process would involve a lot of data crunching on the routes that have the best chance to recover, and the kind of fleets that they should deploy once the lockdown opens. It will require mapping of the extent of the pandemic across national and international markets, the restrictions that remain in place and the customer sentiment to gauge the viability and operational strategy of each route. Hub and spoke operations may become the norm, as opposed to the expansion into secondary routes that we have seen in the recent years.

Organisational restructuring is a must and for those that have the gumption, it is a time to consider strategic acquisitions as well. But BCG also cautions that once the eventual opening up of the sector happens, the time ahead will be more dynamic and challenging. It surmises that as routes are ramped up, network redesign may be needed on a weekly basis (as opposed to 4-13 times a year in the conventional scenario).

Customer confidence building will require due adherence to very stringent hygiene and sanitisation measures. Deep discounting strategies, while essentially a situational approach, would play a major role in encouraging people to take flight. All this while, cash flow management will remain a perennial challenge, more so when seat occupancy may need to be much lower in accordance with social distancing guidelines. Moreover, there will be additional operational complications with the expected need for health screening, automated check-ins, biometric-based identification, thermal scanners, etc.

With the scale, scope and unpredictability of the crisis, it is feared that many airlines may never see the light of day again. But on the positive side, this may also drive those that survive into far more efficient and sustainable operating models. For instance, airports could consider opting for renewable energy sources, whose prices have reduced drastically in the past decade. This is particularly important considering they have to operate 24×7. They could also resort to remote working ecosystems for employees who are non-customer facing like IT teams and corporate groups, and bring down the costs of IT infrastructure by accelerating cloud migration. In general, there would be an expectedly enhanced focus on resource optimisation. Those that do live to see another day, would also be the ones that have found new ways to operate in both sunny and turbulent weather.