Automation of the workforce: Opportunity or calamity?

Even as automation is expected to improve productivity by 0.8%-1.4% annually, it could have little impact on jobs in the immediate future. But it’s important for employees to acquire essential skills and equip themselves to work with new technologies.

• The COVID-19 induced collapse in production activity at the heart of many GVCs, has grave implications for producers and consumers.
• As countries imposed lockdown restrictions, businesses resorted to technological solutions like automation.
• While automation can take on routine back- and front-office functions and reduce the need for human interaction, it is not a complete substitute for human beings. In fact, it may create new employment opportunities for workers.
• However, to leverage these opportunities, India’s workers must embrace necessary technological skills. On the job remote training and investing in skill development are have to be initiated to keep companies and their workforce abreast of the ‘new normal’. 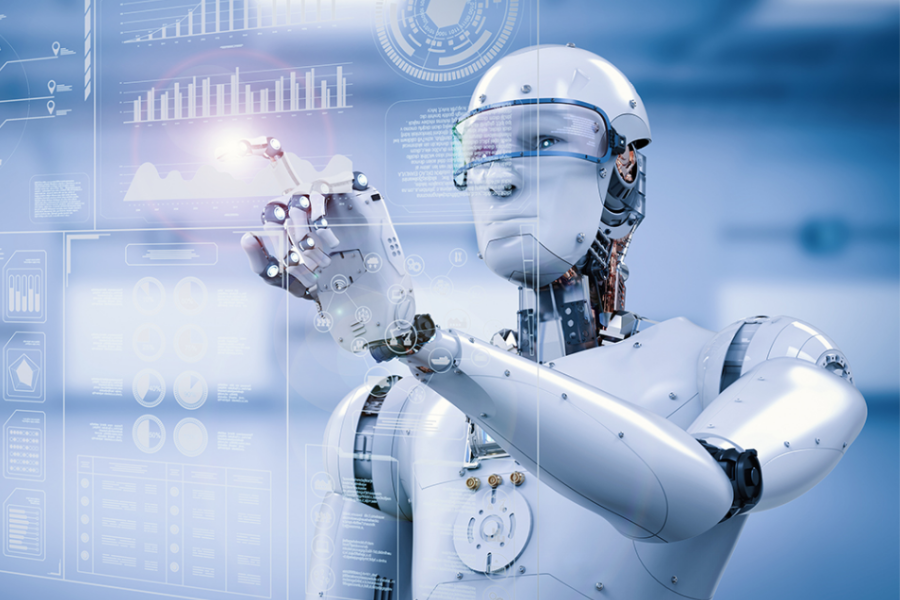 Across the world, COVID-19 has forced businesses to shut their factories, leading to the disruption of supply chains and countless people being confined to their homes. The collapse in production activity at the heart of many GVCs, has grave implications for producers and consumers in countries further up and down the products’ value chains such as the Australia, US & Europe.

For example, China, the first country to go through a full cycle of the epidemic, was marred by the double whammy of a drop in productivity as well as international trade. India, too, had its own share of similar challenges. According to a recent report by Deloitte India, there was significant work disruption across the value chain during the lockdown:

As the country was under a severe (nearly three month) lockdown, many sectors such as IT, education and healthcare switched to remote working. Technology came to the rescue of these sectors, offering a germane solution to several modern problems in the face of the current unprecedented crisis. From the blossoming of neobanks to deploying robotic solution in healthcare – there was a tectonic shift in everyday business functioning.

Now, as the country is moving towards reviving economic activity (Unlock 4), several industries are embracing an economic shift from physical to digital. According to industry body Nasscom, the pandemic will prove to be the tipping point for automation. This demand for automation will be driven by a shift from cost efficiency to supply chain security, employee health and safety and a transition from globalization to geopolitics.

“COVID-19 has made automation a boardroom imperative as CEOs are now forced to expand business continuity and risk to include ‘white swan’ events,” notes a recent Forrester report. It goes on to state that firms will invest in more cognitive capabilities and supplied artificial intelligence (AI), industrial robots, service robots and  robotic process automation (RPA).

Is automation a threat to employment?

Given automation’s ability to take on quite a few routine back- and front-office functions and reduce the need for human interaction, a very pertinent question that arises is whethe

r automation is a threat to employment. On the face of it, automation does appear as a replacement to human beings. But then, that has been true for all such disruptive technologies in human history – be it the automobile, the personal computer or the internet.

The study by Nasscom argues that while automation will unquestionably impact the way we work, the impact on job loss will be minimal and gradual. In fact, it states that in the past, technology has resulted in new economic opportunities and may even may lead to better pay and more jobs. That automation led-job loss is not very likely is also indicated by the Deloitte India study quoted above. It notes that organisations heavily reliant on full-time workers are expected to continue to do so, while others are earmarking roles to leverage gig workers.

The World Economic Forum estimates that emerging professions resulting from automation could account for 6.1 million jobs globally between 2020 to 2022. It notes that the pandemic highlights opportunities for workers in hospitals, grocery stores, schools and so forth. Likewise, roles within technology creation and management, e-commerce and the broader knowledge economy are expected to continue to grow.

It states that “as governments seek to rebuild their economies, new sources of growth – and jobs – will also emerge from the green economy, science and health research, and digital infrastructure. For developing economies, a proactive new approach to the jobs of tomorrow is even more critical, as the global value chains of the past are rethought and with it, the manufacturing-driven growth model”.

A well calibrated, coordinated adjustment that encompasses policymakers, industrialists, educators & civil society can greatly improve the benefits offered by this technology by maximizing productivity. But in order to tap the abounding opportunities offered by automation & these other technologies, India needs to evolve education systems that are well suited to the evolving needs of the workplace.

The pandemic has created a sudden need of digital skills in sectors like education and health, which were previously not used much. Quite a few companies resorted to on-the-job training in order to deal with this challenge. This is one solution which could be carried on even in the future. Efforts should also go into recognizing sectors, which are most likely to be impacted by automation and leverage public and private sector resources to channel job-creating investment into such sectors.

Technology is basically a catalyst for human endeavours, and automation is no different. It is expected to increase productivity growth by 0.8-1.4% annually, according to projections by McKinsey. That makes it significantly higher than the 0.4% growth from the introduction of early robotics.

It is still a far-fetched notion that most jobs can be automated to replace humans. McKinsey has concluded that only around 5% of jobs can be fully automated using modern and emerging technologies. Robots can in fact automate repetitive and mechanical elements of people’s jobs, leaving out roles like creativity, problem solving, and caring, which are better tuned for the human mind.

However, humans need to learn to work with technology as it evolves. It is important to inculcate basic math skills, pattern recognition and trend analysis, strategic thinking,  communication skills and cognitive tools for decision making. Interventions for upgrading employees on these parameters may be the only notable disruption that most companies could witness due to the proliferation of automation in the immediate future.

Enquiry for Automation of the workforce: Opportunity or calamity?