Even as exporters struggle with varying international standards for agricultural crops Sujit Patra, Secretary, India Tea Association, explains how the lack of internal harmonisation of standards in the tea is affecting the industry.

In his view, until sufficient data is generated, and we come to a consensus on the standards for MRLs based on India’s domestic situation, the levels should be aligned to CODEX standards. IBT: What are the major applications of pesticides in tea cultivation, and what standards are being followed by the Indian tea industry?

Sujit Patra: Tea is an agricultural commodity that comes from leaves of tea plants (Camellia Sinensis). Since India is a tropical country, there are a lot of pests at the field level itself that affect tea plants. Once the plant is infected, quality and quantity of tea produced are reduced. Therefore, planters are forced to apply chemicals at additional cost to protect crop.

Just as in the case of human body, if one applies the same medicines, it becomes resistant to the medicine after some time. Similarly, the same chemicals cannot be used on the plants for a long time. New and improved chemicals keep coming in and tea growers have to rotate the chemicals constantly. Planters buy and use prescribed chemicals only as mandated by regulatory bodies like Tea Board and FSSAI. One cannot randomly use any chemical available in the market. There are protocols specified by FSSAI.

Internationally there is a quality standard called Codex followed by many countries. But some countries have their own standards. When there is any disagreement, those countries follow Codex standards for import contents. Erstwhile PFA & thereafter FSSAI initially borrowed the Codex MRL and followed it in India. Codex MRLs are fixed by the Codex Committee on Pesticide Residues (CCPR) after rigorous scrutiny of Bio-efficacy residue data of many countries including India. Indian scientists are very much part of the Codex exercise.

IBT: The government decided that India should have its own standards. What are the implications of this for the industry?

Sujit Patra: FSAAI under the Health Ministry has rightly taken the decision that India should have its own quality standards. But for that, one needs to generate the required data to fix MRLs. The exercise is time consuming and costly and it takes at least two years’ time. Residue data is required for one season at four agro-climatic zones and bio efficacy data for two seasons at three agro-climatic zones. So, there is a certain protocol. CIB&RC under the Agriculture Ministry checks field trial and residue data. If it is found suitable in the Indian climate, they approve the usage. Then it goes to FSSAI for fixing MRL.

Sujit Patra: Tea Board came up with a PPC (Plant Protection Code) in 2014 specifying which chemicals can be used for Tea. PPC is an ongoing process, but there no MRL is specified. A PPC Committee involving experts from the Tea Board, TRIs, Health Ministry, Tea Industry, etc. is working on the subject.

Sujit Patra: Earlier, there were only few chemicals with MRL under FSSAI. So, industry took this up with the FSSAI and told that FSSAI needs to harmonise its list with the PPC and fix realistic MRLs, so that producers can follow the rules judiciously and trade also does not face any problem.

IBT: How has that effort progressed so far?

Sujit Patra: FSSAI fixed levels for whatever data was available for some chemicals and implemented Codex MRLs for other chemicals.

Again for some chemicals, where there was no MRL, it was fixed at the detection level (LoD) which is 0.01 PPM. Adhering to this level is next to impossible for any agriculture produce.

Tea industry representatives had a meeting with the FSSAI in 2018 and requested for realistic standards. FSSAI logically asked for scientific bio-efficacy & residue data for consideration. Tea Board engaged Tea Research Associations (TRA and UPASI-TRI) for generation of data for certain important chemicals. Data was submitted to CIB&RC and FSSAI. Various committees of FSSAI deliberated on the data and agreed to new MRLs in 2018. Tea Board and industry requested FSSAI for an immediate Notification to avoid any confusion, as those chemicals are extremely important to the plantation sector for protection of crops from pests.

After some time FSSAI released a new Draft Regulation “Food Safety and Standards (Contaminants, Toxins and Residues) Amendment Regulations, 2020” in August 2020 and sought comments. Tea Board, TRIs and tea Associations submitted their comments accordingly. While going through the Notification, it is observed that –

IBT: What is the rationale behind setting MRLs lower than CODEX in your view?

Sujit Patra: It is learnt that apprehensions have been raised by certain ill-informed quarters that adoption of Codex MRLs, which are higher than the default or unrealistically low MRLs, may lead to encouragement of more use of such pesticides. However, Tea Board and industry scientists find the apprehensions as totally baseless and unfounded. Adoption of Codex MRLs does not lead to any change in the prescribed GAP (good agricultural practices – dose or rate of application), so more use of such costly pesticides at an additional cost is ruled out.

Such unscientific apprehensions can’t be the sole reason for withdrawal of Codex MRLs which were adopted in full appreciation to the need of growers and keeping in mind the interests of Indian tea’s domestic and export markets as well as millions of tea drinkers.

Codex MRLs have been adopted by many other leading tea growing countries, which make over 2/3rd of total world tea production.

Earlier, FSSAI adopted Codex MRLs in order to ensure smooth tea trade in the domestic as well as global market. Codex MRLS were fixed after due risk assessment at realistic levels where Indian scientists presented field data along with other countries. As a result of this, Indian tea growers were able to conform to the regulations, ensure food safety, cater to huge domestic demand and continue exports to over 100 countries including EU, USA, Japan, etc. A sizeable quantity of Indian tea is exported to EU, USA, Japan, Russia, etc where stringent quality standards are maintained and Indian exporters are exporting tea year after year with full confidence of buyers & their consumers.

IBT: Under PPC, which is under the Tea Board, there are 45-odd chemicals but under FSSAI, there are around 34 chemicals. What norms does the industry eventually follow?

Sujit Patra: There is another problem. Under PPC, there are 45-odd chemicals but under FSSAI there are around 34 chemicals. It is mandatory to test the product twice or thrice in a year to check that no other chemical is applied to plants/fields and MRLs are within the set limits. But there are no guidelines for which chemicals need to be tested. So, there is no synchronization between PPC and FSSAI. It is therefore needed to go for multi-chemical tests.

Multi-chemical tests involve huge money and there are only a few laboratories in India which can do multi-residual testing. It is to see whether there any other chemicals are being used apart from permitted chemicals. Under Codex and EU there are over 400 chemicals which are permitted for plantation crop. So, one needs to test whether any non-prescribed chemical has been applied.

Question is why one needs to do multi-chemical tests? Regulatory bodies need to specify which chemicals need to be tested. Moreover, MRLs should be realistic as per our environment and intent. It is imperative to harmonise PPC & FSSAI chemicals, because one needs to know what to test and what to see from that results.

Unless that is harmonised, the system is generating business for laboratories at the cost of the tea industry. One basic Test costs Rs 15,000-30,000 per sample. There are thousands of gardens, lakhs of small tea growers and large no. of bought leaf factories in India. So, huge money would be required for testing. Do we have so many FSSAI accredited laboratories in India?

IBT: In your view, what should be India’s approach to setting of MRL standards?

Sujit Patra: While the industry and Tea Board are working on spreading awareness of quality standards, our concern is that for some chemicals standards are very unrealistic as far as Indian conditions are concerned. Tea industry has requested FSSAI to bring back the Codex MRL, then allow the industry two or three years time for generating the required data for specific chemicals. Thereafter FSSAI should decide on MRLs. At least this will allow the trade to continue without any hindrance to exports and domestic market.

If we can show the outside world that we are very strong on quality control with clearly defined MRLs, it strikes confidence in the buyer’s mind. Indian tea industry does not want any violation in rule. It wants to follow the rules, but that should be clear and simplified.

The consequences of the arbitrary withdrawal of realistic Codex MRLs would certainly reverse the efforts of tea growers to increase their income for sustainability in response to the call of the Hon’ble Prime Minister for doubling farmers’ incomes as well as would have severe adverse impact on domestic trade and exports. Total domestic consumption of tea is over 1,100 million kg and exports over 250 million kg. Withdrawal of Codex MRLs will jeopardize this entire domestic trade and exports, the brunt of which would be felt by millions consumers and a large no. of people associated with the industry. 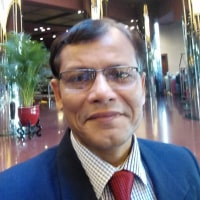 Sujit Patra is Secretary, Indian Tea Association (ITA), the largest & oldest tea organisation in India. He has been working with the ITA for more than 30 years. Mr Patra is directly involved in multi-functional areas like domestic & overseas tea promotion exercises, market analysis, financial planning, supplies & transportation, general administration, MIS and liaison with various government depts, embassies, etc on all aspects of the tea industry. The views expressed by him are personal and not that of his organisation.