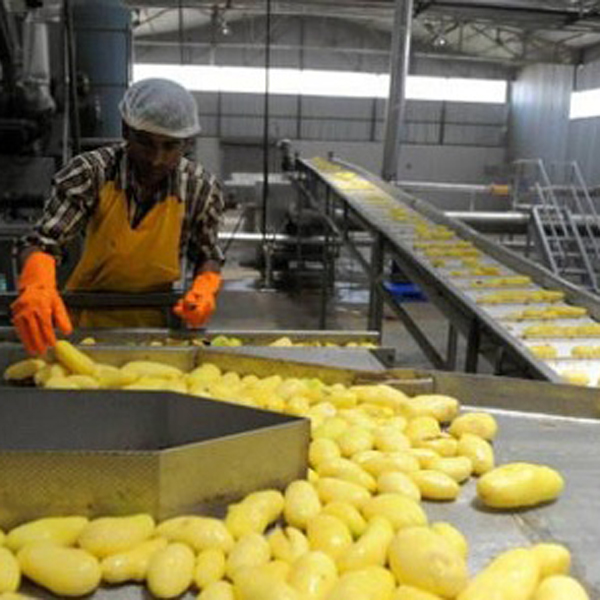 How can the tide be reversed? What steps need to be taken to boost India’s trade surplus? To know the answer, let us first take a look at the trends in agri-trade, both exports and imports, during 2004-05 to 2016-17.

Mr. Suresh Prabhu, the Minister for Industry and Commerce, had upon taking charge of the Ministry expressed his resolve to expand export to reverse this trend. Thereupon, the Ministry worked on a strategy to ‘revitalize’ India’s exports and came up with the Agri-Export policy having well-defined sectoral, commodity and territory specific export strategy after consultation with “different ministries and stakeholders” like TPCI, which was part of several such meetings and presentations made to the officials of various concerned ministries.

Raising agricultural exports to first narrow down the difference and then boost trade surplus requires several steps to be taken, many of which will come into effect after proper and full execution of Agri-Export Policy.

The most important step that has been incorporated in the agri-export policy is focus on contract farming on a medium-to long-term basis. Proper laws need to be framed so that farmers do not feel threatened in giving their lands for contract farming. Further, it is essential to develop efficient global value chains and liberalize land lease markets across India.

Raising agricultural exports requires the government to unburden policy of consumer bias. A balance should be struck between meeting the needs of food-insecure consumers and income-insecure farmers.

If the farmers income need to be doubled, as envisaged by Hon’ble Mr. Narendra Modi, the middle-man dependence need to be minimized to the extent possible, and exporters and processors must be encouraged to buy directly from farmer-producer organizations (FPOs).

There is need to create the back-end infrastructure so as to enthuse foreign and Indian companies to invest in processing and packaging in a big way. Infrastructure also need to be put in place for global and domestic value chains, ranging from produce aggregation to its sorting and grading, packaging, storing and linking the farmlands to ports export markets.

Focus on organic farming, on which the Agri-Export policy lays great focus, will be important to increase exports. There is still great uncertainty about the rules and certifications related to organic farming, which need to be eased and brought under single-window.

Focus on branding on key Indian produce that is specific to India will be required if we are to promote Indian branded produced to the world. Agri export policy talks in detail about branding, which is one of the most salient features of this policy. Darjeeling Tea is a GI but the world does not relate Darjeeling Tea with India. The Government can also think of creating ‘Make in India’ or ‘Produce from India’ branded stickers for export produce.

Ministry of Earth Science can be roped in to provide accurate agriculture forecasting for the farmers.

Efforts need to be focused on scientific estimate of crop production, buffer stock, future projection and domestic demand. India will have to build global value-chains for some important agri-commodities where we have a comparative advantage. Estimates of revealed comparative advantage show that India is export competitive in almost 70% of agricultural commodities, non-tradable – i.e. our prices are between import parity (cif) and export parity (fob) prices – in about 10-15%, and import competitive in the remaining 15-20% commodities. On the exports front, India is relatively competitive in cereals – especially rice and, at times, in wheat and maize – oilseeds, especially groundnuts, and oil meals. But it is fish and sea-food, bovine meat, and fruits, nuts and vegetables, where we have great potential to grow. And these are the commodities to focus on for stimulating agri-exports.

Last, but not the least, India need to create value-added products catering to international tastes and standards, to grow agri-based food exports. TPCI has been highlighting these requirements in various forums and is focusing on this in a big-way in Indusfood-II.

India needs to adopt an open, stable and reliable export policy without flip-flops. Abrupt export bans, high minimum export prices to restrict exports, or other quantitative restrictions must give way to open and free exports.

With a broad policy in place, it is now time to build strategies and implement them. It is possible to achieve the target of US$60 billion even before the given date if we are able to create a ‘farm-to-foreign’ strategy, improve agri-trade surpluses by promoting agri-exports. This will not only boost India’s trade surplus but also bring more jobs and prosperity to rural India.