• India confronts eclectic challenges in becoming an attractive partner in agricultural investments. The biggest challenge is that the quantum of public investment itself leaves much to be desired.
• Since the past eight years, India’s public agriculture investment is hovering around 5-6% to total public investment made. Corresponding figures in developed nations are recorded at between 15-20%, and in some countries like in the US, it’s even higher.
• Based on CATR analysis using national input output table, India’s primary agriculture’s contribution as an input into its own output fell to 12.9% from 16.5%. Agriculture’s contribution to processed food and beverages also fell to 31.9%.
• The backward linkages of primary agriculture due to processed food and beverages remained significantly low. This could imply continued weakness in growth of  primary agriculture. 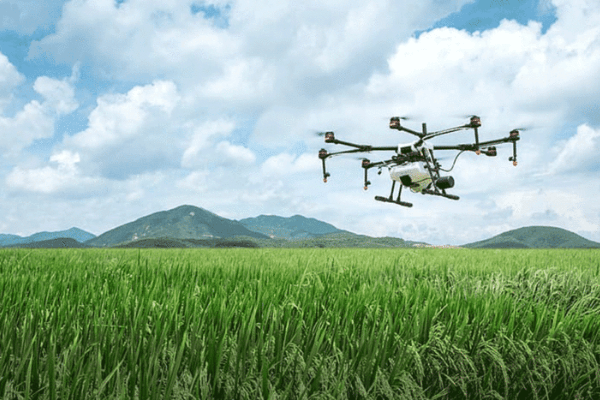 India’s agricultural and food processing industries are growing steadily, and so are exports from these sectors. The country’s involvement in global value chains may not have grown significantly, but it has considerable potential to export these products, which constitute a high share (more than 70%) of global exports. Rashmi Banga (2016) opined that by increasing exports of manufactured products through global value chains, India can become more competitive, upgrade workers’ skills and generate employment generation. However, in the case of agriculture, India confronts several challenges towards becoming an attractive partner in agricultural investments. The biggest challenge is that public investment in Indian agriculture leaves much to be desired.

Public investment is especially important for funding agricultural R&D where markets fail because of the difficulty of appropriating the benefits. Many developed countries like US, Canada, countries of EU are characterised by significantly higher government investments in the agriculture sector as compared to India. Since the past eight years, India’s public agriculture investment is hovering at about 5-6% of total public investment made. Corresponding figures in developed nations range between 15- 20%, and in some countries like the US, it’s even higher.

According to the figure, public investments in agriculture remained nearly static over the years, signalling that this sector is neglected or rather left isolated to grow and expand on its own. Economists argue that there has been an urban bias in the allocation of public investment as well as mis-investment within agriculture. Further if we look at the backward linkage of Indian agriculture by using national input output table data, we can corroborate the argument.

Analysis also reveals that there are no significant linkages between primary economic agricultural activities and allied activities viz. forestry, fishing, and mining. The  backward production linkages of the food-and-beverage industry with agriculture have been modest, and the magnitude of intra-industry linkage has increased, which may be explained by the stagnating growth rate of agriculture and allied activities of 3-4% per year, compared to the relatively higher and increasing growth rate in the processed-food industry. 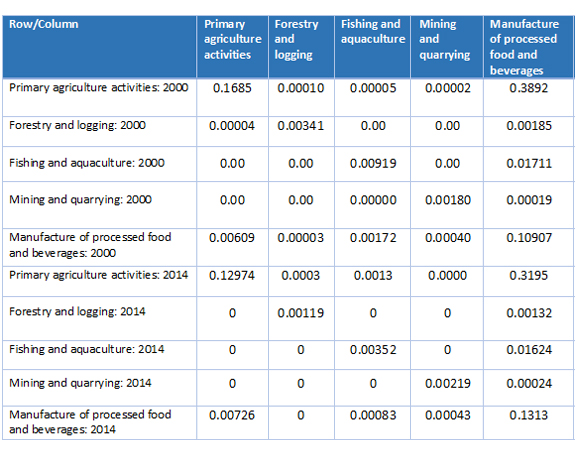 The total output multiplier for a sector measures the sum of direct and indirect inputs needed from all sectors to fulfil a given sector’s final demand requirements. Therefore, once the initial change in final demand is known, the values of all inputs and outputs needed to fulfill it can be determined.