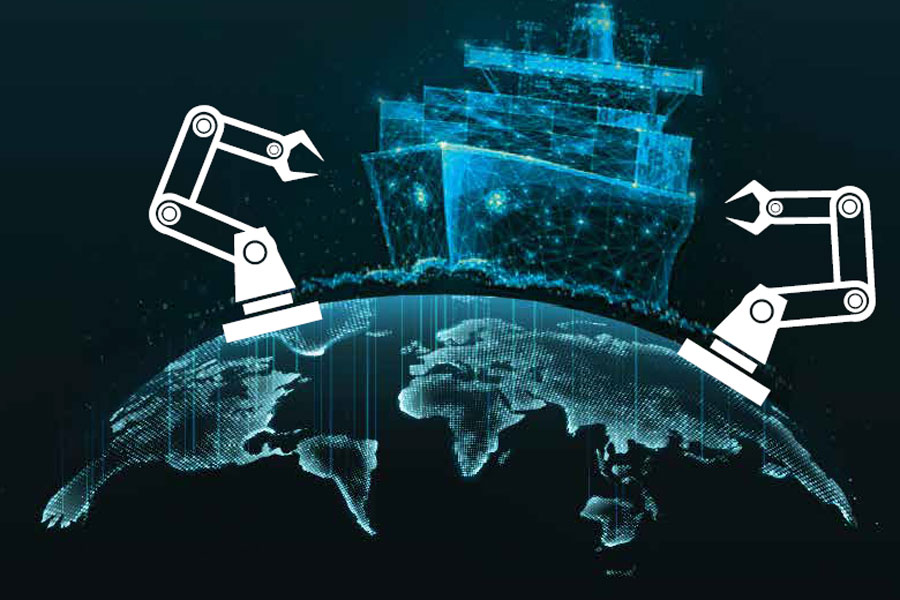 While the situation was changing every day, the paper-based system of trading woefully exposed how underprepared we were for this scenario. CEOs responded swiftly to manage the situation, but 75% of them admitted to be using digital for the first time, according to a McKinsey Global Survey of Executives. They had clearly woken up to the fact, however, that this would be the new normal even post the pandemic.

A number of disruptive technologies, which are essentially the results of pathbreaking innovations, are posing a formidable challenge to established industries and promising unprecedented transformation in global trade. The impact of these innovations is often compared to the ‘next Industrial Revolution’ or ‘next Internet’, etc. While their utilisation was increasing steadily, the pandemic caused a rapid acceleration in their adoption. This article examines their expected impact on business and trade, as well as how policy makers are responding to these disruptive paradigms across the globe.

Case of the missing containers!

With the advent of robotics, AI, blockchain, 3D printing, etc, the processes of production and consumption are changing significantly. That is a very substantial deviation from the way we have been doing things over the past few decades. It can change cost of production and efficiencies in a big way, which are more mechanical changes. But on the other hand, they can also change how we do things significantly. 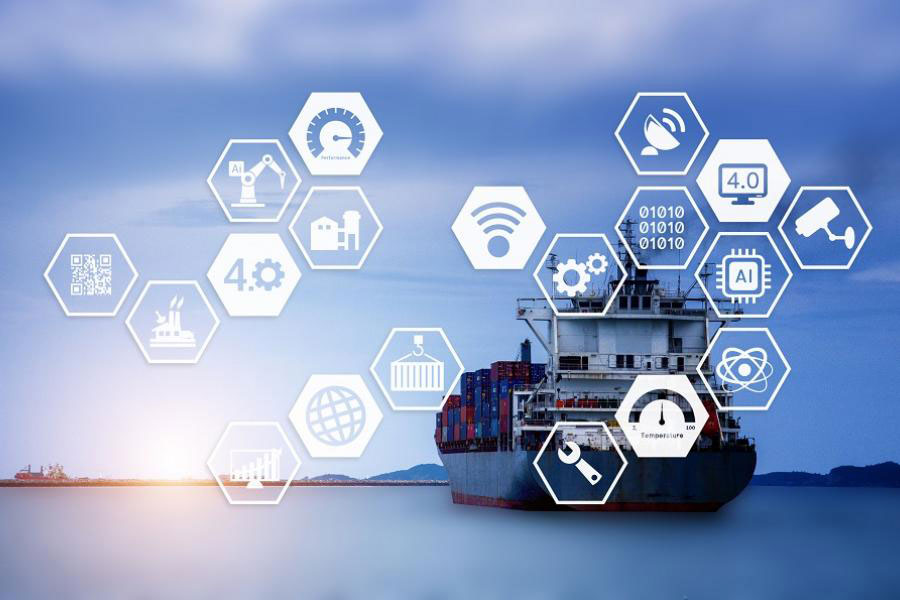 Global Value Chains will be structurally affected by these technologies in many different ways. Economic policies have also begun responding to these technologies. Some technologies like blockchain, IoT and cloud may provide a strong positive impetus to trade by means of increased transparency and trade facilitation. But some others like AI, automation, robotics and 3D printing may erode trade volumes due to the elimination of comparative advantage.

As a result, policy makers will be required to make adjustments for changing patterns in employment & skill development. Trade agreements will have to bring in clauses for new tech. There is also a risk of greater protectionism by nations targeting hi-tech products for instance, which may be harmful for trade growth.

The theory of comparative advantage broadly explains global trade as being a result of countries focusing on activities that are more inexpensively and efficiently carried out by them, due to the abundant factors that are available with them. Due to this reason, poorer countries with excess labor that’s cheap have traditionally focused on producing and exporting labor-intensive goods and services.

However, this situation is rapidly changing with the emergence of new technologies. Factually, technological capital, abilities and skills are much more important now than traditional factor endowments. An example of this trend is 3D printing technology. This is a relatively new manufacturing technology, which enables us to literally ‘print’ a commodity whose design is available in soft copy either locally or via the web. In the nineties, an early lab-only version of this technology was called ‘Rapid Prototyping’ technology. Over time, this has expanded to commercial use for many products, including face masks in the recent past during the first wave of Covid-19 pandemic.

Such a technology may potentially help a company in the UK export a novel design file to the US, wherein its customer can purchase it online and print the desired commodity behind that design using their 3D printer at home. But when we compare this with the traditional landscape of trade, several questions arise:

A simple answer might be that they are all going to be gone. We have already seen some signs as to how this may happen in the future. While it seems unimaginable for us now with all the pent-up demand and supply chain disruptions with the lack of containers, the shipping container industry was already in the middle of an interesting phase of some soul searching. Container demand was witnessing a decline due to realignment of global supply chains, trade/tariff tensions, deglobalization, near-shoring, reshoring, friend-shoring, etc.

If such a reduction in transportation growth can happen even with these quick and even transitory policy changes, such a deep long-lasting technological change (like 3D printing) can only have a far more profound impact. An alarming study released by ING estimates that global trade is likely to shrink by one-fourth by 2060 if 3D printing expands as much as expected in the future.

One may ask, justifiably, as to what would the remaining 75% of the trade comprise? Well, we still need the ‘printer ink’, viz, raw materials like plastics, wood, metals, minerals etc. In this scenario, all raw material producers may end up becoming exporters, while others may be importers. 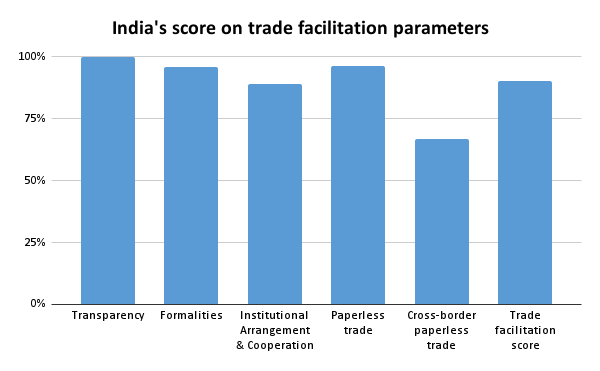 Disruptive technologies are also influencing the manner in which digital trade itself is being conducted. Cross border e-commerce, defined as the selling of goods from a website of a national store in one country to another party in a foreign country, is rapidly picking up as a catalytic force in global trade. According to Zion Market Research, global cross-border B2C e-commerce market revenue was estimated at US$ 562.1 billion in 2018 and is predicted to reach US$ 4,195 billion by 2027, growing at a CAGR of nearly 28.4% between 2020-27. 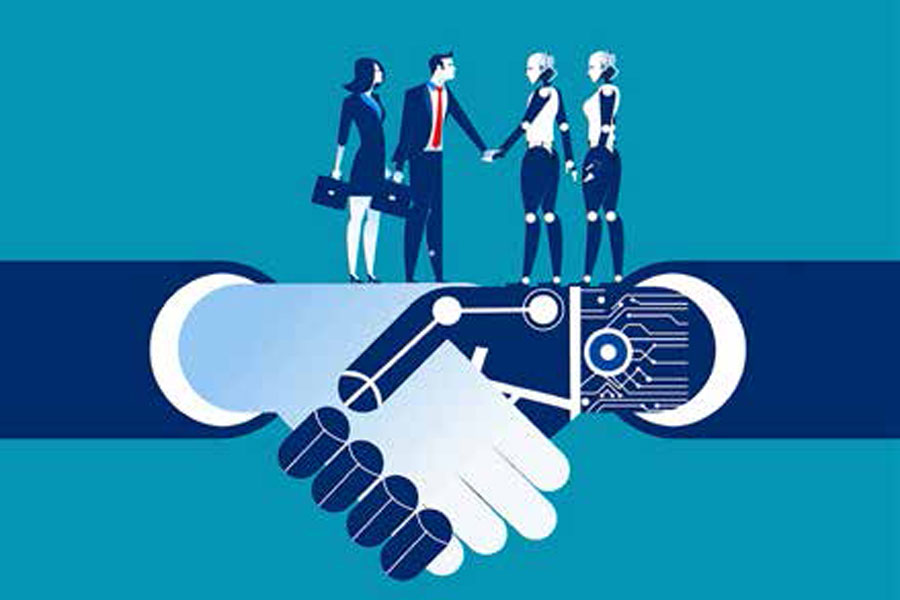 Cross border e-commerce provides companies with a vital route to expand internationally, and OEMs can bypass long channels to reach customers directly. Amazon India has projected US$ 20 billion in exports from India by 2025, which is twice the target it set earlier.

But SMEs, which are expected to be major beneficiaries of this trade, have strong inhibitions and distrust with digital transactions (particularly with returns in cross border e-commerce being a major challenge), so a strong outreach becomes necessary with appropriate capacity building initiatives. Moreover, a lot of players may feel constrained due to lack of resources for brand promotion. Support measures by policy makers, industry bodies, etc will be crucial in helping these companies benefit.

Blockchain is expected to be a key facilitator in lowering entry barriers for trade, as well as reducing trade costs for players. It is essentially a distributed ledger technology that enables connected computers to reach an agreement over shared data. This greatly enables trust and ensures seamless traceability, and is a potential boon for developing countries in particular.

Building an ecosystem of mutually recognized trustworthy digital identities at a global level could be a significant catalyst to facilitate trade through more agile supply chains and help build resilience to future crises – which would ultimately benefit small and medium-sized enterprises (SMEs) significantly, as argued in a paper by Hanna C. Norberg, TradeEconomista; Emmanuelle Ganne, World Trade Organization; Nadia Hewett, World Economic Forum. They feel that this issue should be on high priority in RTAs and other trade agreements before various siloed approaches make a globally trusted digital identity system difficult to realize.

After India’s ratification of the Trade Facilitation Agreement of the World Trade Organization in April 2016, the country has introduced reforms focused on infrastructural upgradation, digitisation and automation. These include Direct Port Entry and Direct Port Delivery, Radio Frequency Identification system and Single Window Interface for Facilitating Trade, the Port Community System to seamlessly integrating all maritime trade-related stakeholders on a single platform and e-SANCHIT to cut down on human intervention.

DGFT provides online services of issuing Certificate of Origin and banks provide E-Bank realization certificate, based on realization of payment against exports. In 2014, RBI launched an online system named Export Data Processing & Monitoring for monitoring all export activities in India through the generation of shipping bills.

Generally, the trend is positive across the world. The UN Global Report on Trade Facilitation 2021 concludes that reducing trade costs is essential for enabling economies to effectively participate in regional and global value chains, and for them to continue using trade as an important engine of growth and sustainable development. But according to the ESCAP-World Bank Trade Cost Database, trade costs remain high in many regions.

The economy scores well on all parameters except for cross border paperless trade, which refers to international trade taking place on the basis of electronic data and documents. According to ESCAP, implementation of paperless trade measures is expected to reduce international trade costs in the Asia-Pacific region by 25%, saving the economies US$ 600 billion annually. 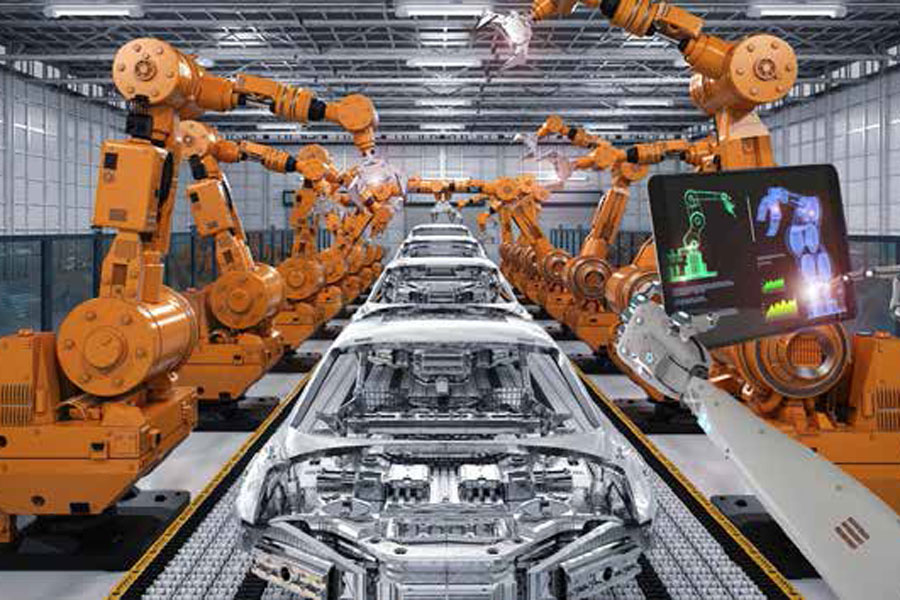 While the initiatives by India are laudable, experts feel several gaps need to be bridged, especially vis-à-vis standardisation and coordination of processes across ports and awareness and acceptability of new initiatives among the users.

From the policy perspective, the accelerated adoption of Trade 4.0 technologies raises some more interesting questions. If we are not going to produce or transport much on a massive scale, how do we ensure that the economy runs and jobs grow? This may require policymakers to adjust labor supply with a long-term vision. Secondly, if cross border trade declines in this manner, where do we get our customs revenue?

The answer to the first challenge is pragmatic development of industrial and skill development plans and policies. As for the second question, there has been a proposal from developing countries to allow them to tax cross-border data transmissions, for which the WTO MC12 has decided to continue the 24-year old moratorium that prohibits such duties.

Since 2010, e-commerce and digital trade provisions are increasingly being integrated into digital trade agreements, according to a report by WTO and World Economic Forum. For instance, the United States-Mexico-Canada Agreement covers a chapter on e-commerce and digital trade. Digital-only trade agreements, such as the Singapore-Australia Digital Economy Agreement (SADEA) and the Digital Economy Partnership Agreement (DEPA) between Chile, New Zealand and Singapore, are focused specifically on a gamut of digital trade issues. India and the UAE also added a Digital Trade chapter in their trade agreement concluded earlier this year (a first for India), covering areas like paperless trading, domestic electronic transactions frameworks, authentication, online consumer protection, unsolicited commercial electronic messages, personal data protection, cross-border flow of information, etc.

The WTO-WEF report further adds that 5 Gs will play a critical role in wide-scale adoption of trade tech: 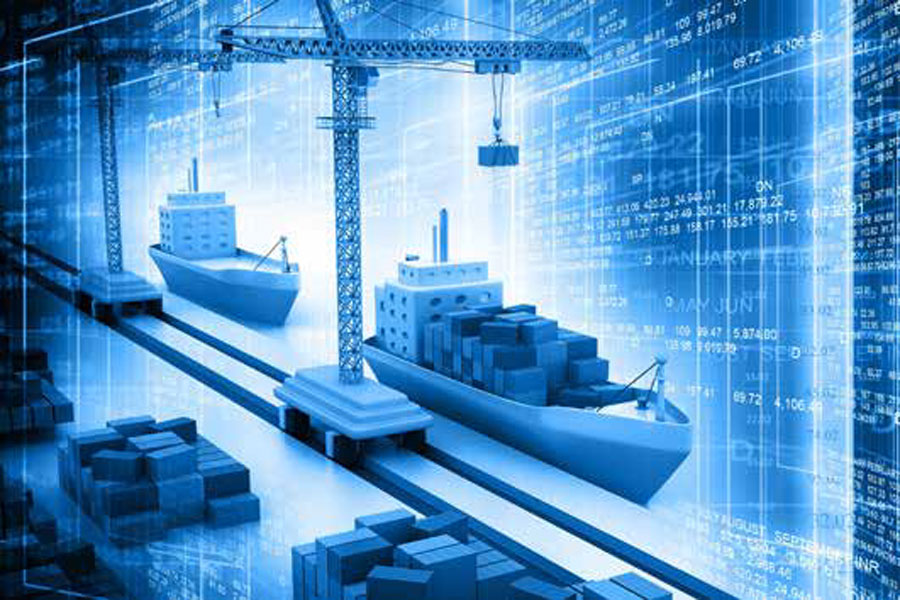 Areas which are virtually missing from trade agreements at present include connectivity, data sharing and e-signatures. On the other hand, electronic transferable records, automated contracts, digital tokens, interoperability of data models, and digital identity of legal and physical persons and of physical and digital goods are getting covered in few of recent trade agreements. Fast-tracking agreements in these areas will help ensure that digital trade works to the benefit of all.

On the flip side, there is a steady rise in digital protectionism. The Digital Policy Alert Activity Tracker lists 3,736 measures across G20, EU member nations and Switzerland between January 2020 and September 2022. The maximum measures are in the realm of data governance, followed by content moderation, competition, registration & licensing and taxation. Similarly, the OECD Digital Services Trade Restrictiveness Index 2019 has noted an increased tightening of the regulatory environment for trade in digitally enabled services. The share of restrictive and liberalizing measures between 2014 and 2018 was in the ratio of 80:20! This level of protectionism among the world’s leading economies shows that governments are increasingly concerned about the impact of digital trade on their economies.

According to an estimate (Wilson Centre report), a 10% increase in ‘bilateral digital connectivity’ raises goods trade by nearly 2% and trade in services by over 3%. Digitalisation is key to ensuring a more holistic recovery in trade post-COVID-19. Lack of global consensus and increasing protectionism on the other hand, threaten to restrict the benefits of digitization to a few, and widen the digital divide further. This must be avoided at all costs. 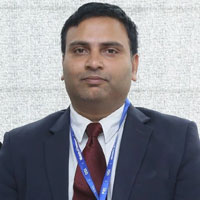 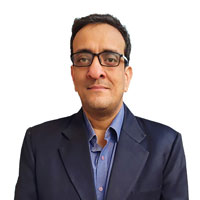 Enquiry for Accelerating Trade 4.0: The new paradigm of business