• Indian government is providing different packages in the form of short run relief like moratorium, Rs 3 lakh crore collateral-free automatic loans for businesses, including SMEs, reduction in TDS & TCS, increased limits of loan and relief for contractors, real estate and NBFCs.
• MSMEs and other sectors were eyeing on fiscal stimulus which has a better efficacy to pull out sectors from economic slowdown rather than loan stimulus. The reason is quite cogent that these collateral free loans has to be repaid whereas bail out packages are given as a booster.
• Macroeconomic parameters like fiscal deficit is going to escalate to almost 7% in 2020-21 which was targeted at 3.8% juxtaposing with sluggishness in economic growth.
• One thing to recall here is that ease on liquidity is something which is happening since last year and was not a problem rather circulation of liquidity was a major challenge. Banks have been keeping their surpluses with the RBI for the past one year as they haven’t been able to push credit growth. 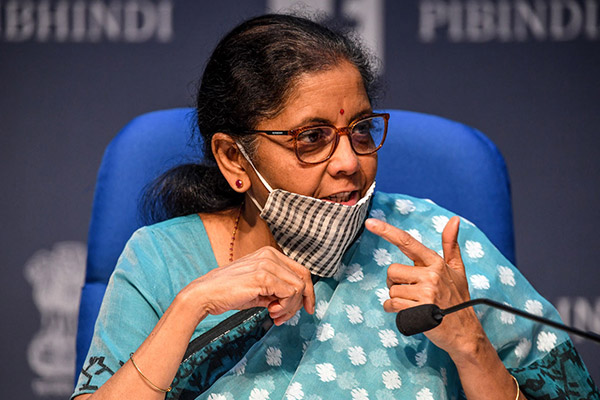 John Maynard Keynes, the noted British economist stated that everyone is dead in long run. In te spirit of this all time favourite quote in the field of economics, India’s Central government has announced a Rs 20 lakh crores worth of economic package under a new economic programme Aatma Nirbhar Bharat (Self Reliant India). As soon as finance ministry has announced its stimulus for MSME, several reactions came up from various experts and policymakers. The core of the debate is – whether to choose short run economic benefits during pandemic or making long run economic machine more robust post-pandemic?

When the global housing recession enervated the US economy, its government threw caution to the wind by implementing massive quantitative easing. This quantitative easing does not require any of the related stakeholders to repay it or burden their balance sheet. In other terms it can be referred as monetising the economy. Under the present pandemic, the Indian government is providing different packages in the form of short run relief like moratorium, Rs 3 lakh crore collateral-free automatic loans for businesses, including MSMEs, reduction in TDS & TCS, increased limits of loan and relief for contractors, real estate and NBFCs. These measures are definitely going to provide stabilization and access to liquidity. But is it going to give confidence to spend and revive animal spirits for business and economic activities, especially the MSME stakeholders?

The Micro, Small and Medium Enterprises (MSME) sector has urged Union Finance Minister Nirmala Sitharaman to direct Reserve Bank of India (RBI) and the banks to desist from imposing the Non-Performing Assets (NPA) norms for MSME units for a period of two years post the coronavirus lockdown. In this case, a bail out package is indeed pragmatic, as anyways Non-Performing Assets (NPAs) are projected to shoot up. In fact, in rthe recent past, our government has bailed out the banking sector to give a major boost and confidence. Considering that MSMEs are the backbone of our economy, the same logic is valid for them as well.

MSMEs have been eyeing a fiscal stimulus, which has a better efficacy to pull out sectors from economic slowdown. Collateral free loans have to be repaid, whereas bail out packages are given as boosters. The central government is planning for lockdown 4.0, which will surely have some leniency but definitely economic activities will not be in full swing.

Macroeconomic parameters like fiscal deficit are going to escalate to almost 7% in 2020-21 which was targeted at 3.8% juxtaposing with sluggishness in economic growth. So, one question that is worth considering is whether these loans will be repaid in coming couple of years or will there be a further burden of non-performing assets? Already, around Rs 10.5 lakh crores worth of loans are yet to be paid to the banks, mainly by MSMEs. One more point to consider is a possibly diminished and uncertain demand scenario. Until and unless demand is not fostered across country, the supply will convert into inventories, which will not fetch running capital for the MSMEs in the coming fiscal years. In a sceario where the crisis and its economic impact get too prolonged, the government may also consider a direct fiscal stimulus for the MSME sector to help it tide over its financial woes.

A major positive has been the introduction of a new definiton for MSMEs. This decision can have huge long term repercussions, as it will encourage these units to attain greater scale. The investment thresholds have been increased substantially for micro (Rs 25 lakh to Rs 1 crore), small (Rs 5 crore to Rs 10 crore) and medium enterprises (Rs 10 crore to Rs 20 crore) in manufacturing. A turnover threshold has also been added for small (<Rs 5 crore), medium (<Rs 50 crore) and large units (<Rs 100 crore). These have been made uniform now for manufacturing and services sectors alike.

As the Economic Survey 2019 pointed out, India faces some disadvantage due to the dominance of dwarf SMEs (employing less than 100 people and more than 10 years old). Their share of organised manufacturing by numbers is around 50%, but their contribution to employment is just around 14.1%. One reason this can be attributed to incentives that motivate most firms to stay small. With the new reclassification, this concern can be addressed to a considerable extent.