A return to basics for the French economy

With a severe GDP decline by nearly 14% in Q2, 2020, the French economy is more geared towards essentials, as indicated in its consumption and import trends. An expansionary fiscal policy will be necessary to revive its economic outlook. 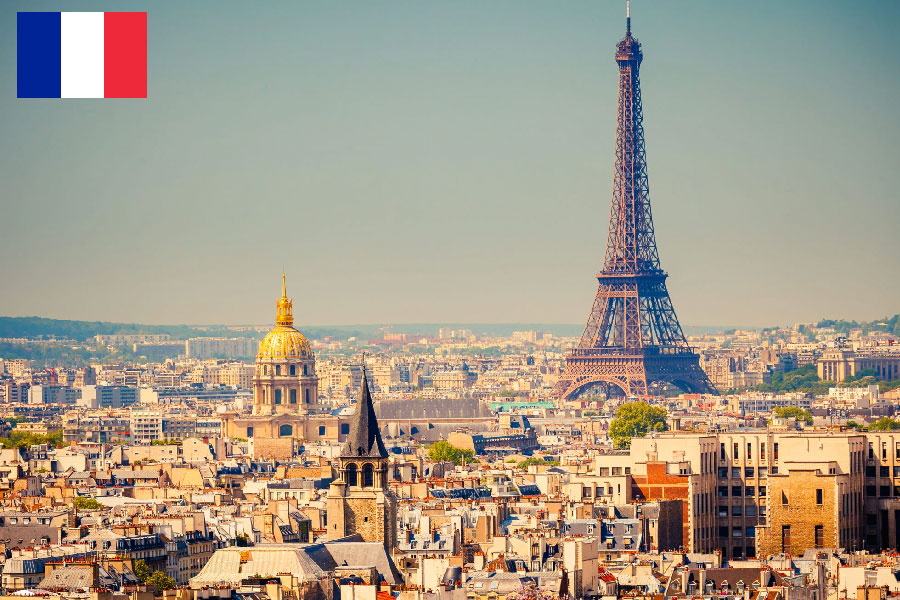 The economy of France is shrinking continuously from the past three quarters, signalling a weak macroeconomic performance even before the COVID blow. As per the latest statistics, French economy plunged by nearly 14% in Q2 of 2020, which is the worst three-month fall in its history.

The drop in GDP is a post-World War record, worse than its neighbour Germany that contracted by 10.1%. In comparison to France, Germany has been able to better manage and control the spread of the pandemic. Nevertheless, gradual lifting of lockdown measures ensured that the drop in French GDP in Q2 was not as severe as predicted (INSEE had predicted a drop by 17% in the quarter). Let us have a look at different macroeconomic variables, which explain this downturn of the French economy.

Household consumption plummeted in Q2 2020 by 11% after dropping by 5.8% in Q1, 2020. Decline is seen more in the consumption of services, which decreased by 15.3% in Q2 2020 after a drop by 5.9% in Q1 2020. For goods consumption, the growth figure remained at -7.1% in Q2 2020 after a decline by 6.8% in previous quarter. Among goods, consumption of engineered goods fell strongly  by 12.0% and expenditure on energy deteriorated markedly by 11.1% for the said period, due to a major reduction in fuel purchases amidst the lockdown. Food expenditure was also squeezed slightly by 0.5% after reflecting a positive 2.8% growth in the previous quarter.

Table 1: Growth of GDP and its main components in France

This table reflects that in Q2 2020, all macroeconomic parameters were significantly enervated except for inventory changes. Fall in exports, over the previous quarter is maximum at 25.5% followed by investments (17.8%) and imports (17.3%). These are all fundamentally imperative macroeconomic parameters, which determine the GDP growth of any country.

In Q2 2020, imports declined robustly by 17.3% after a negative growth of 5.5% in Q1 2020, mainly in manufactured goods. Exports too fell sharply by 25.5%, in particular in transport equipment. Since France is a major exporter of highly processed value-added technical products like aircrafts, electronics, exports were badly hit; as demand for these niche goods was extremely weak during the pandemic. All in all, foreign trade contributed negatively to GDP growth this quarter (-2.3 points in Q2 after -0.1 points in Q1 of current year). The only positive parameter in Q2 2020 was the change in inventories, which contributed positively to GDP growth (+0.6 points, same as in Q1), especially in manufactured goods. From this graph, we can see that there is clear sign of some amelioration in exports and imports, but the quarterly growth remains negative, suggesting that France’s trade is currently taking place below its potential.

This table clearly portrays that essential sectors like food and non-market service observed the least negative impact due to elasticity of demand. But other branches of production, consumption or investment saw a severe impact of weak macroeconomic behaviour. Here France did a mistake by keeping its construction sites completely closed, which Germany did not follow. In Germany, construction sites stayed open through lockdown, due to which it is relatively in better position than France in terms of GDP change.

India’s major exports to France in the last quarter have also been primary and essential products such as garments, pharma, heterocyclic compounds, footwear, semi-finished products of iron, articles of leather, suitcases and electric transformers. None of them are high end technological products, singling that consumers are not spending on niche and luxury items. A key highlight for the two countries in this period was of course the arrival of five Rafale fighter aircraft in the first phase last month. According to an official statement of the Indian Air Force, the delivery of all 36 aircraft will be completed by the end of 2021.

One positive factor to observe is that from May 2020 to June 2020, India’s exports to France surged by roughly US$ 100 million. India’s imports from France in the last quarter consisted of powered aircrafts, medical instruments, transmitters and receptors, cellular phones, surgical and dental appliances. All are highly processed technical products belonging to the upstream GVC ladder.

It seems that there is sufficient demand for essential and primary products in France, because household consumption currently is inclined towards these items. Also, disposable income of households has plunged as there has been a severe increase in unemployment rate. Thus, it seems that the demand for luxurious items for the time being will remain sluggish and gloomy. Without an expansionary fiscal policy, it looks extremely daunting for France to come out from this drop in GDP. Now it’s more a battle with the fundamentals of macroeconomics rather than COVID.

Enquiry for A return to basics for the French economy