Brexit: A Pandora’s Box for the Indian IT sector?

• Brexit leaves ajar a number of avenues for the United Kingdom to cultivate ties with the rest of the world in its own right.
• This could be a particularly exciting time for Indian IT & ITES industry to make deeper inroads into the markets of UK as it is the second largest market for Indian IT services industry, accounting for 17% of total exports, besides being a gateway to Europe.
• However, there are number of factors including labor mobility issues, greater operational costs and the impact of devaluation of pound which could inhibit an the success of Indian IT companies in UK. 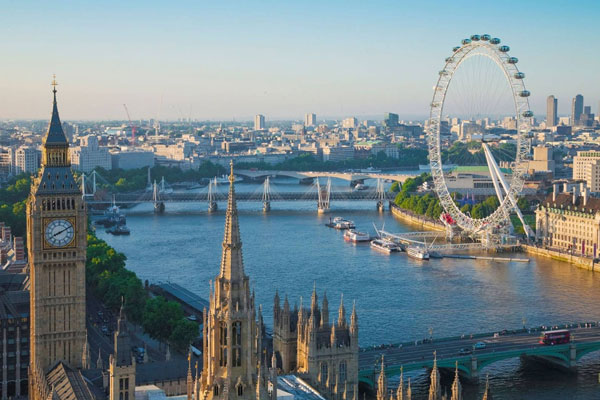 On 31st January 2020, Britain took the historic move of shedding its existence as a member of the European Union and carving a niche as an independent entity in Europe. This leaves ajar a number of avenues for the United Kingdom to cultivate ties with the rest of the world in its own right.

UK is currently India’s 16th largest trading partner, with bilateral trade of US$ 16.9 billion in 2018-19. Even in the services trade, there is much to be explored, as US accounts for just around 3% of India’s services exports.

For the Indian IT & ITeS industry in particular, this could be a good time to make deeper inroads into the UK market. According to a Reserve Bank of India (RBI) survey on computer software and information technology-enabled services (ITeS) exports in 2018-19, almost half of the software business by foreign affiliates of Indian companies was provided in the US, followed by the UK. Thus, quite a few Indian IT companies have a large presence in the UK, as well as larger EU markets based from London.

An immediate consequence of Brexit is the need for Indian IT companies to establish separate headquarters or operations for EU. This could lead to disinvestment from UK and diversion of activity from UK to EU. If the British economy is hit, then it would not auger well for the IT industry. On the brighter side though, this would provide an excellent opportunity to partner with other European countries and be a shot in the arm for bilateral ties with nations like the Netherlands, Germany and Belgium.

One of the most difficult challenges is that of labour mobility. While India’s high proportion of skilled working-age population and high growth rate will be of particular interest for the UK, the ease of movement of skilled workers between EU & UK could cease. Skilled labour mobility concerns can arise as the mutli-location contracts get deferred on account of lack of clarity at present. Complicating the matter further is the UK government’s proposal to employ a scorecard system to favor skilled people coming to the country. One of the main concerns voiced by the industry is that locals may not be able to fill in and hiring foreigners may become too expensive. Also, there will be a bigger administrative burden for companies that have never filed immigration paperwork before.

Another concern is that EU’s regulations pertaining to data privacy may not apply to UK-based companies. Among other things, this could mean adjusting data systems to new norms. British PM Boris Johnson has already stated that the United Kingdom will seek to diverge from EU data protection rules and establish their own ‘sovereign’ controls in the field. Consequently, companies might have to apply to UK as well as EU with regard to intellectual property rights (IPR) for new patents & trademarks going forward. It also needs to be mentioned that there could be significant differences in the new regulations that UK chooses to draw vis-à-vis those drafted by the EU, creating difficulties for the firms. This implies greater administrative and financial burden on firms.

“Services account for about 80% of the U.K. economy and this will be an important focus for Indian investments in the U.K. We must safeguard services companies so that we obtain the maximum potential from this deal. With the protection of free-flowing data, intra-company transfers and sustaining regulatory alignment between the U.K. and EU, we see business costs being reduced – and this, in turn, will be favorable to all stakeholders.”

Last, but not the least, there’s also an apprehension that the pound could depreciate. A major chunk of the cost borne by the IT companies is incurred in Indian Rupees (owing to the off-shoring model deployed by the Indian IT services players). Hence, a persistent depreciation of pound might call for a renegotiation of the contract, since the companies might earn less and consequently, the profitability of these contracts might fall below expected levels. It could also delay future projects and investments in the United Kingdom.

To sum up, Brexit is something similar to a Pandora’s Box; it presents numerous challenges and has number of unanswered questions, which will (hopefully) get resolved by the end of the year when Britain’s transition to being an independent economy is completed. However, turning those challenges into trade opportunities is something that Indian companies should target at, given their pool of skilled labor and dominant presence as a leading exporter of IT services to UK.

Enquiry for Brexit: A Pandora’s Box for the Indian IT sector?